The dream lady of the gaming world has been given its release dates for the PS4 and PC platforms.
The game is set to be released in ”early 2016” for PC and ”holidays 2016” for the PS4. These are the new additional dates announced for the game accompanying Xbox One’s November 2015 release date.
There was no doubt as to which the game was soon going to be announced for PC and it is quite evident that given the release date, the PC version is obviously going to be more graphically intensive than the other versions of the same game. But the PS4 release date is ”ridiculous” according to the Sony’s console users. They will have to wait a whole year for the game as compared to the Xbox One version which is a ‘timed exclusive’. Rise of the Tomb Raider’s Xbox exclusivity period was announced during gamescom 2014. 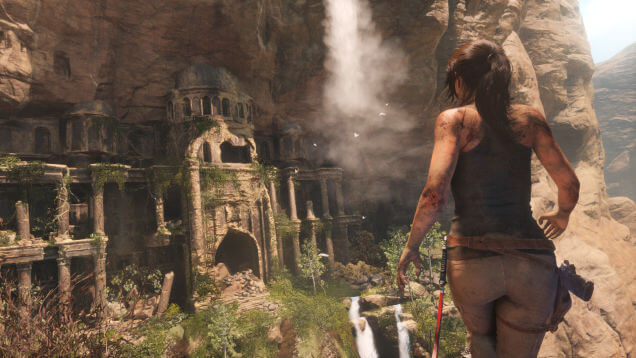 The timed exclusive plan for Xbox One was a plot to increasing the revenues generated by the game. First there would be a wave of money when the game would be released first for the Xbox One and then comes in the PC cash splash and finally there comes the PS4 sales. Potentially, this could have been the plan of Square Enix and Crystal Studios (Developers of Rise of the Tomb Raider).
Nonetheless, this game is going to be yet another thriller for the Tomb Raider enthusiasts as the game will feature never been seen before mechanics and environmental graphical effects which will be an awe-inspiring expedition. Both of which are being hoped to be well received.