He stole from the rich and gave to the poor and when it comes to Robin Hood there have been some poor, poor movies. However, there are some classics too. The outlaw’s legend has always been popular with the public and today he’s as popular as ever, with the folklore figure having inspired film, television, and many other forms of entertainment from video games to bingo games.

You don’t have to wait long for another new Robin Hood product to land, and in recent years we’ve seen a meteoric rise of the outlaw in entertainment, from online scratchcards found at Robin Hood Bingo, to bingo games themselves, console games, apps and, of course, more movies, with Taron Egerton in 2018 film Robin Hood. But is that the best of the Robin Hood movies? We decided to rank the 10 most popular movies inspired by the outlaw from best to worst… 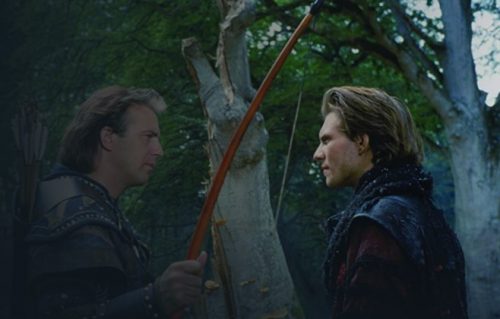 It’s perhaps no surprise to see Kevin Costner’s Robin Hood rank number one. It’s far from Oscar-worthy, but it’s a classic none the less. Also starring Christian Slater, Alan Rickman, and Morgan Freeman, the film was released in the early 1990s and nobody has dared beat it yet.

2. The Adventures of Robin Hood

This film dates all the way back to 1938 and was one of the first to capture Robin Hood in color. Starring Errol Flynn and was actually a movie that was ahead of its time in terms of sword-fights and archery stunts. It may look a little dated today, but it’s still an engaging story and decent effort.

Men In Tights is a musical adventure comedy starring many comedy legends including Richard Lewis, Dave Chapelle, and Tracey Ullman. There’s also a credit for Isaac Hayes and is structured broadly around the same storyline as Prince of Thieves. It has some incredibly funny moments and is a bit of a cult classic for many worldwide.

The 1973 animation makes number four on our list as Robin Hood is welcomed in fox form and takes various elements from previous Disney films in what is an upbeat and heartwarming tale.

A spin-off of Prince of Thieves sees Kiera Knightly take on the role of Gwyn, Robin Hood’s daughter who must save the country following Robin’s imprisonment by Prince John. She teams up with her father’s Merry Men and goes on a mission through Sherwood Forest in a movie jam-packed with fights and arrow fights.

2018’s Robin Hood with Taron Egerton and Jamie Foxx should have been the chance to make an epic but it does sadly fall way short. The chemistry between Egerton and Foxx is certainly a highlight in this film, but it does feel like there’s just too much in the story, which sees various parts rushed through in the end.

Sean Connery does get a cameo in Prince of Thieves as King Richard, but he has played Robin Hood too in this 1976 movie. The film focuses on the relationship between Robin and his wife Marian, played by Audrey Hepburn. The performances, as you can imagine, are good and it’s an interesting take on the characters but still, there’s something missing, and we can’t quite put our finger on it.

8. The Story of Robin Hood and His Merrie Men

Disney’s first effort at a Robin Hood movies this 1952 movie which was the companies second live-action attempt. The story is perhaps the closest of all to the typical folklore tale of Robin Hood and stars Richard Todd, Joan Rice, and Peter Finch. The music is good, the story nice, but it just fails at the final hurdle with the key scenes a little flat.

With no disrespect to Russell Crowe, we’d rather unsee the 2010 Ridley Scott movie. He’s normally pretty good with medieval epics like Gladiator, but this just does not land right. Cate Blanchett plays Maid Marian with Oscar Isaac taking on the role of King John, both of whom put in solid displays. It’s just too heavy though and it’s a bit of a slog to watch, especially at almost two and a half hours long.

It’s the 1991 effort starring Patrick Bergin and Uma Thurman that gets the nod as the worst Robin Hood movie of all time though. It doesn’t quite follow the story of Robin Hood with the Sheriff of Nottingham notably absent from this movie, while there’s also an unwelcome and weird love triangle. It’s like the movie has purposefully tried to sabotage the story, and in turn their own film. No thanks.