This month Runescape has changed very much and with even more content coming out every week there is not a better time than to play as all of the Christmas activities have began. If you are not familiar with Runescape you can check out this article which should get you up to scratch with the world of Runescape: https://www.dragonblogger.com/runescape-providing-endless-fun. This type of article will be made at the end of every month to keep you up to date with all the new content. 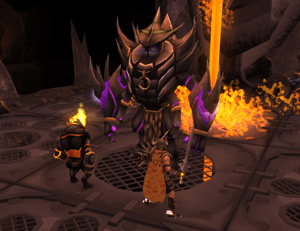 At the start of December Jagex released a new GrandMaster quest called The Brink Of Extinction which was a high level quest for members. It was to end the tzhaar quest chain and was fully voice acted. Rewards included Obsidian Armour which was high level armour and also a new minigame which pitted players against high level rock creatures. To do the quest players needed the following requirements: 80 Defence, 80 Smithing and 72 Mining, also the quest: The Elder Kiln needed to be completed first. Also runescape announced their first plans for winter festivities, Winter Weekends. Winter Weekends take place every weekend this month and every weekend gives different rewards like for instance double drops or xp. 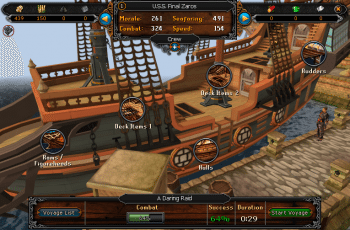 In the second week of December, Jagex talked about the release for Player owned Ports which is closely related to Player owned Houses. PoP is a management minigame where players get to look after their very own port. With the help of an Npc they can take control of a dusty old harbor marketplace and turn it back into a stunning place for intrepid adventurers renowned throughout the world of Runescape, also they can take control of boats and their crew and send them to The Eastern Lands and bring back lots of loot and rewards. Players do not go to the lands themselves but wait for their ships to return and using the right combination between ships and crew can yield better rewards in a quicker time. A possible reward for PoP is the best armour sets in the game currently, Death Lotus for ranged, Tetsu for melee and SeaSingers for Magic. It should be noted that in order to start PoP players will need 90+ in one of six skills these include: Herblore, Fishing, Slayer, Runecrafting, Prayer or Thieving.

For the last two weeks Jagex have released their official winter quest which always features humorous story lines and lots of gifts for players. This year players can help save dogs at this festive time. Players start of by talking to a blue santa imp which is voice acted and has a good story with a cockney accent to go with it. Players will be sent to rescue stray dogs and turn them into reindeer-dogs. For doing this you can then choose a place to make a kennel and have a dog in it which can be visited all year round and the kennel is fully customizable from dog bowls to the colors of the hut. Not to mention he gives a gift of giving that when traded with others can bag players 200k of bonus hunter xp enough to get a player from level 1 to 55 just from bonus xp!

On the solomons general store players can buy a speacial pet with real money, this not only looks stunning it can also bank an item every 10 minutes and forage and can pick up loot from monsters. Currently two can be bought on the store and also with a 25 dollar/20 pound pre-paid card players will get a unique special pet (offer ends 31st January).

The three pets in descending order are: 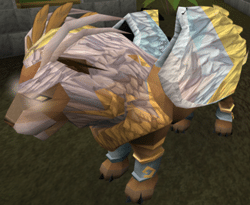 Join us next Month to find catch up to date with the releases in January, as 2013 nears we come closer to the release of two new skills that are coming out in 2013. 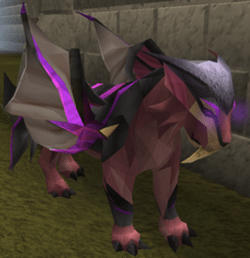 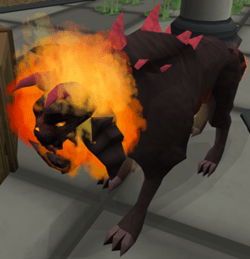