dropping and currently it makes players like me quite sad. Now people who have already played Runescape and got bored or found something that they didn’t like may say that the game is terrible however I hope that with what I show old and new players alike will make this game become popular once more.

The hardest thing with runescape is starting out, it seems Jagex have not made their first areas too clear on what exactly you can do but after getting in the swing of things the game can really open up. The one amazing thing with runescape is the amount of things you can do. Currently in the game there are 25 skills, Attack, Defence, Strength, Consitiution, Ranged, Magic, Summoning, Dungeoneering, Mining, Smithing, Fishing, Cooking, Agility, Fletching, Herblore, Runecrafting, Slayer, Woodcutting, Firemaking, Construction, Farming, Prayer, Crafting, Thieving and Hunter. Now you may be thinking, “how can someone ever finish?” and while for the most part it is very hard there are a couple thousand who have. Not only is the list big on the outside when looking at all the skills but that has not even gone into the depth of those skills, so when someone tells you there is not anything to do then don’t believe them. While it is already entertaining thinking about doing skilling there is also the possibility of doing quests and also player killing and mini games, the list goes on. What makes the game special is the way you bond to that special skill, some may fall in love with the combat skills others may take a side to more agricultural skills such as farming and yes you can have your own house!. 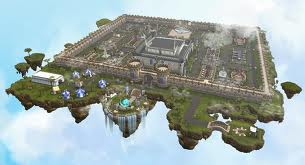 Another exciting feature to runescape is the clan system. When players get another 4 people in a group they can make a clan, when you make a clan you can get a clan citadel. Clan citadel’s are located on a huge floating island where the players can interact with others help get clan points and also battle other clans. It creates a place where people can meet and share exciting stories about killing dragons and being in the dwarven capital where they stopped the evil red axe members. Also clans do not just have cosmetic rewards, when being in a clan the owner can activate a clan avatar which will give bonus experience to anyone on the same world and who doesn’t like bonus xp? 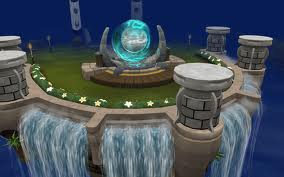 Another amazing feature to runescape is mini game
side the selection is truly vast. Not only do these provide countless hours of fun but most also give rewards to players who get enough points.s. These can be found around the runescape world and feature all kinds of random action from capturing butterflies to get a giant chinchompa (a huge colourful rabbit) to fall asleep to facing giant monsters with hundreds of other players by your 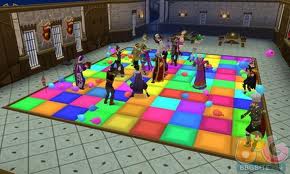 Currently, Jagex have been delivering new content every week with new quests to new areas there are many updates that take place. For example this week (friday) a huge update will be taking place where high level players can create their own port and get ships to sale to “the eastern lands” when the ships return you can find interesting items and new content which will get better and better as players progress.
To me runescape is endless, fun and very inspiring not only do I enjoy myself but I also learn incredible amounts of facts, be it from skills or from quests. The game seems to pull out amazing new things to do with the graphics that have been recently upgraded not only can you waste hours playing the game, but you can also create a story for yourself and make new friends!

If anyone has any more questions or just wants someone to play with, feel free to add me on the game; username: AncientShade.
I hope you enjoy the game as much as I do. Here is a video looking at the upcoming player owned ports, these videos are posted weekly by runescape to show off up and coming content.