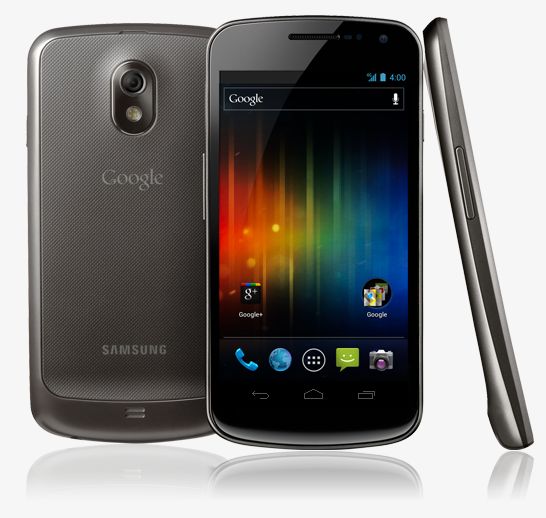 The Google’s next Nexus smartphone which was supposed to be launched on October 11, is now finally announced. As we already told you that the Nexus smartphone would be launched anytime this week or the end of the month is finally here. Also the event was not just about the new phone, but also a whole new version of the Android operating system, Android 4.0 or the Ice Cream Sandwich. 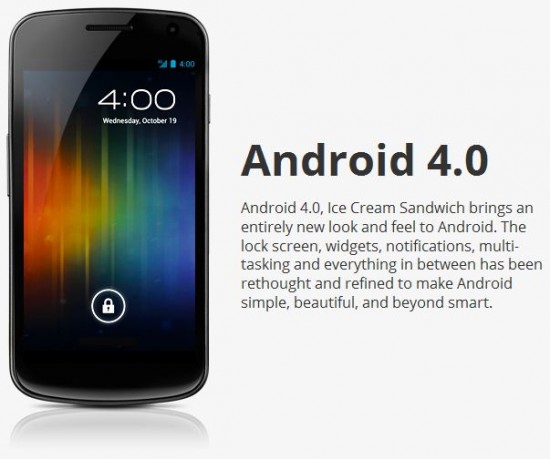 The updated version of the Android 4.0 will now be available pre-loaded on all the high end smartphones and also the currently available dual-core powered Android smartphones. As expected the new OS comes with customisable home screens, smother interface, faster multi-tasking, etc. It also comes with a better browsing experience, with the new browser supporting upto 16 tabs at a time.

Before we go on to discuss some of the unique features of the Galaxy Nexus, check out the specs of the phone after the break. 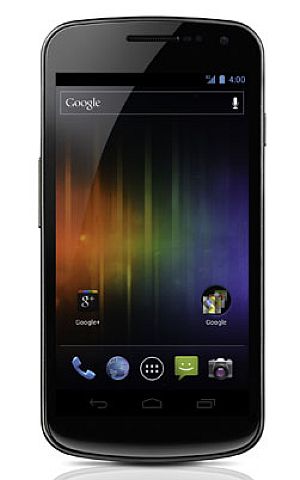 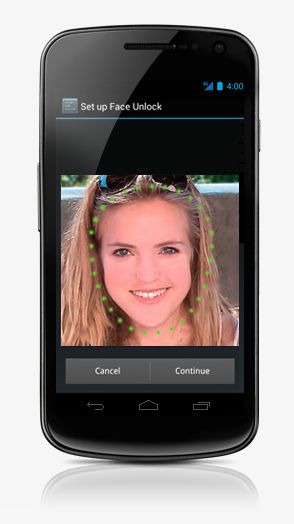 The wide screen size and the Super AMOLED display makes the phone look really amazing and perfect for all your entertainment needs. There is also a new feature called Face Unlock, which allows you to unlock your phone with the help of  face recognition instead of complicated passwords. 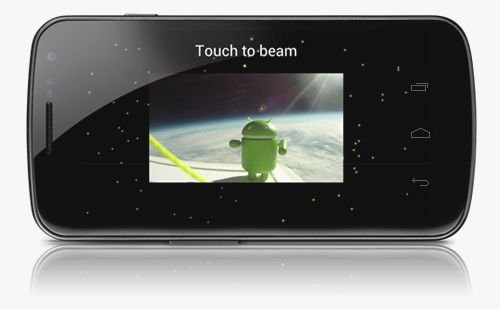 The Galaxy Nexus comprises no hardware buttons on the display, which are replaced with touch sensitive software keys for Back, Home and Recent apps. The phone now comes with added NFC functions, which now can be used to transfer all your contacts, apps, webpages, videos, maps, etc with any NFC capable Android phone with the help of a touch. 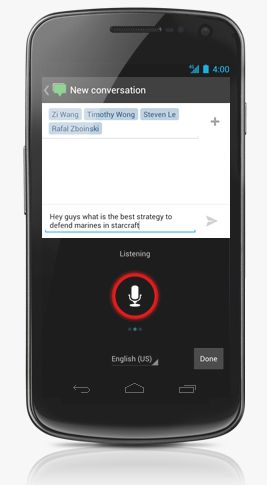 Looks like all the new smartphones are including more number of voice enabled capabilities, with Nexus also  featuring some cool features, which lets you use your voice to send messages, mails or anything where you are required to type by simply pressing the microphone on the keyboard.

The new 8 megapixel camera now comes with zero shutter-lag, automatic focus, top notch low-light performance and a simple, intuitive way to take panoramic pictures without the need for stitching and lets you edit and share all your photos, videos right from your phone.

The Samsung Galaxy Nexus phone will be available from November 2011 and is expected to be priced around US$ 800.