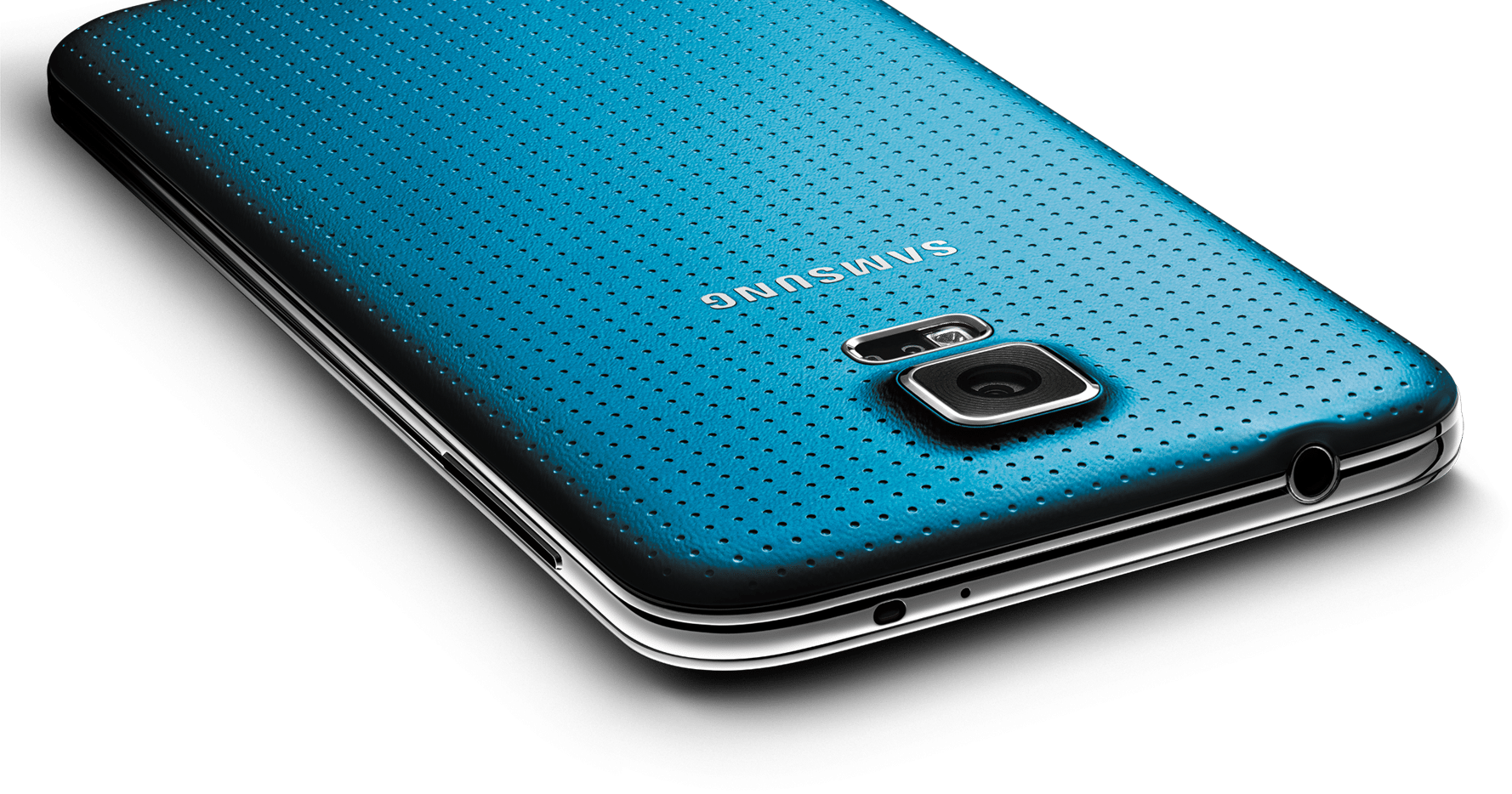 Samsung released their latest and greatest flagship phone in the Unpacked5 event, the Galaxy S5, the rumors and leaked photos of the phone  have been out for quite some time now. The SGS5 is not a big update, like the SGS2, or the iPhone 4 were over the Galaxy S and  iPhone 3s respectively. It’s more of an upgrade to the SGS4, as in screen update, better camera, more powerful processor, etc… One of the new things that Samsung has focused on is Fitness and health monitor capabilities, they also released the Gear Fit which as the name suggests is also focused on fitness.

The Galaxy S5 comes with a  5.2-inch 1080p display, and is powered by the Snapdragon 801 processor and Adreno 330 GPU. The device comes with 2GB of RAM, and 16/32 GB internal memory options, and is loaded with all the connectivity options like 3G, 4G LTE, WiFi, GPS (with A-GPS and GLONASS), Bluetooth, NFC, and IR. The Primary camera is of 16 MP with a resolution of  5312 x 2988 pixels and has the ability to record videos at resolution of 4K, and the secondary camera is of 2 MP, with a resolution of 1080p. The device runs the latest Android version 4.4.2 KitKat.

Samsung, as I told earlier  has not changed the design much, the front looks are almost same as that of SGS4 but the back panel has a ‘perforated’ texture which doesn’t really gives a ‘premium’ feel as the company told prior the release, and I find the Faux leather finish in the Note 3 to be better than this, but the Galaxy S5 is water and dust resistant (IP67 certificate), which is a great thing for such a high end device and SGS5 is the first model in it’s series to have something like this.

The new features on this device include a heart rate sensor near the back camera’s flash, which would record your heart rate when placed a finger on it. On the front, it’s not the same home key there, it now also works as a fingerprint scanner which you can use to unlock your device or payment authorizations. The UI is also not the same, the new TouchWiz UI is much better and cleaner now. Some of the new things in it are: Download booster, My magazine (Flipboard like reader), and GEO news (widget).

One of the most useful thing is the new Kids Mode, which would be very useful for parents as it allows only certain apps that can be accessed after entering the kids mode.

The device would be coming in two variants, one with quad-core processor and other with octa-core. There are four color options that you can choose from, Charcoal Black, Shimmery White, Electric Blue, and Copper Gold.