So due to unfortunate events where my son’s Samsung Series 7 Chronos fell off an adjustable cooling pad and onto the floor off a desk the mechanical HDD was toast, beyond toast as no tool would recognize, scan or read the device.  I was able to narrow it down to the HDD specifically by confirming the system booted and ran from media discs however, and figured a new drive would solve the problem and it indeed does.  Replacing the HDD inside the Samsung Series 7 Chronos isn’t the easiest feat but really just involves removing a whole bunch of screws on the back cover, then removing the ones on the hard drive bracket and replacing the hard drive with another drive, in this case the Seagate 1TB SSHD is one of my favorite drives and I replaced the PS4 Hard Drive recently with one so figured it would do a good job here as well. 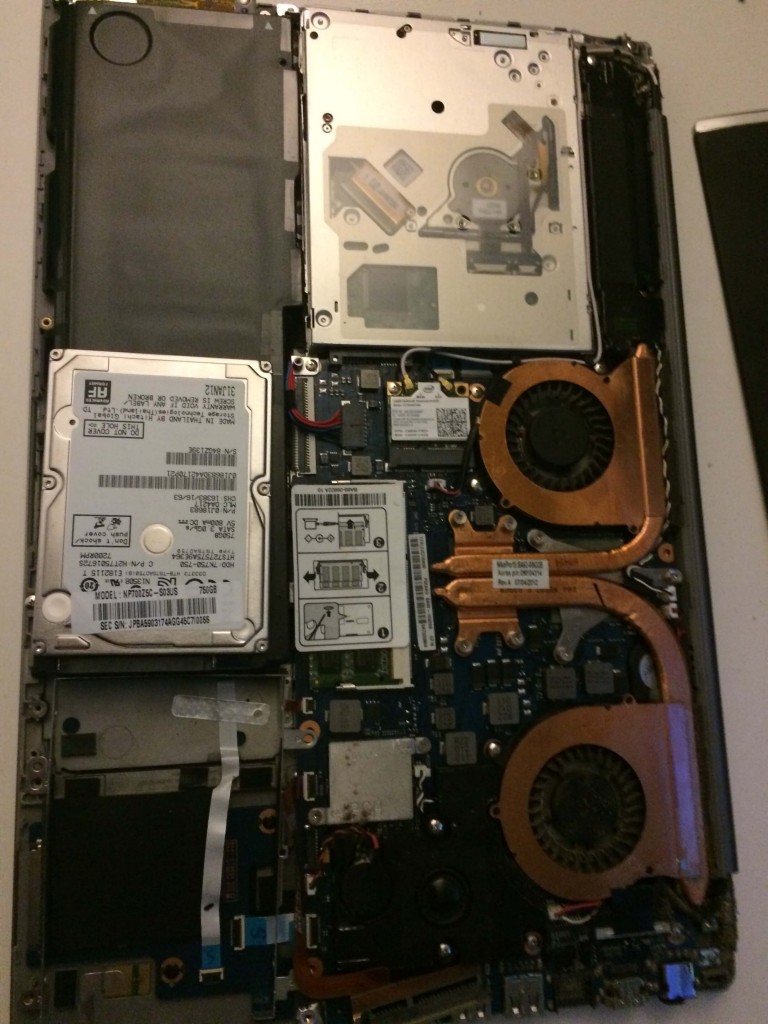 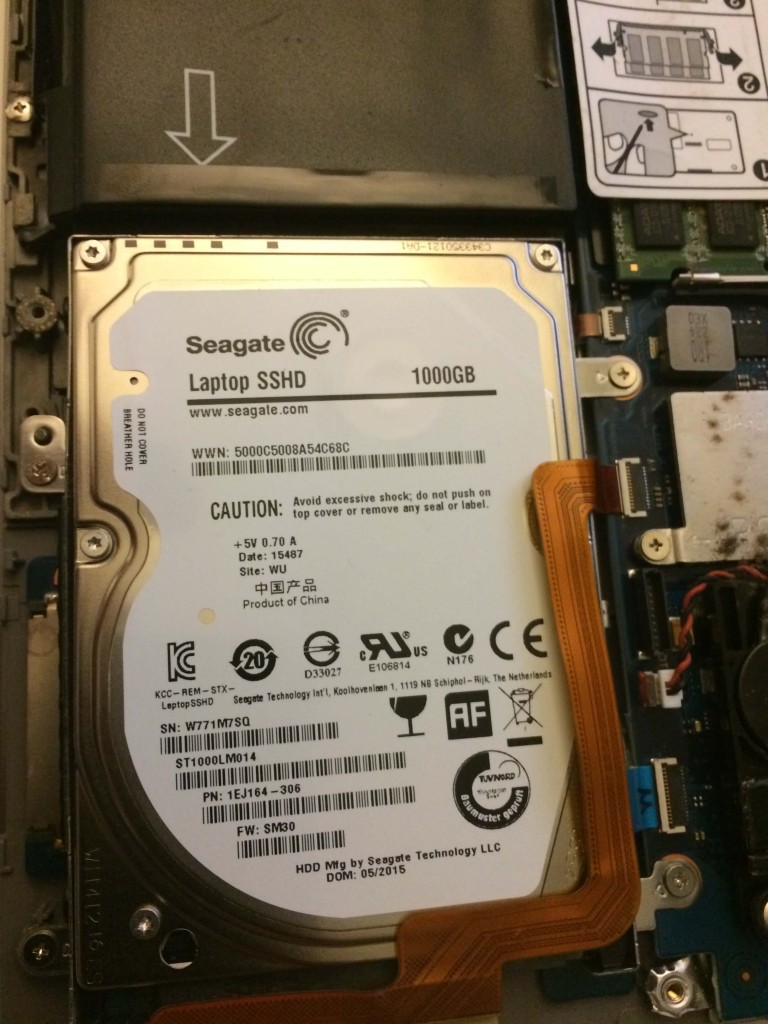 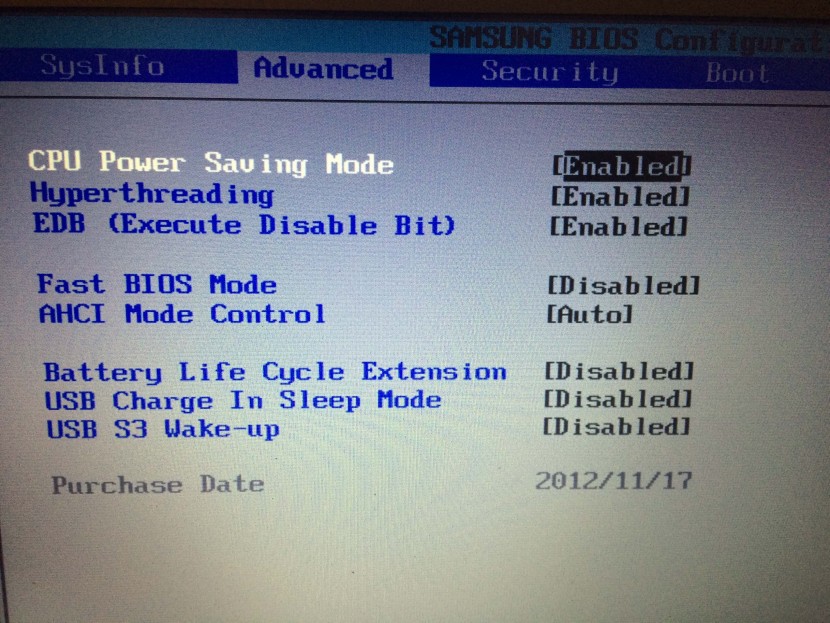 So that was the first hurtle I had to overcome, the 2nd was the Samsung Series 7 Chronos has 8GB Express Cache, which is like a soldered SSD drive onto the motherboard used to speed up access to common files.  The problem is the ExpressCache shows up as Disk 0 in the partition wizard of Windows 7 and later.  You do have to delete/wipe out the cache and not format it, it isn’t needed when running an SSHD or SSD anyway but I was still not able to get Windows 7 to ever install onto the Seagate SSHD drive. 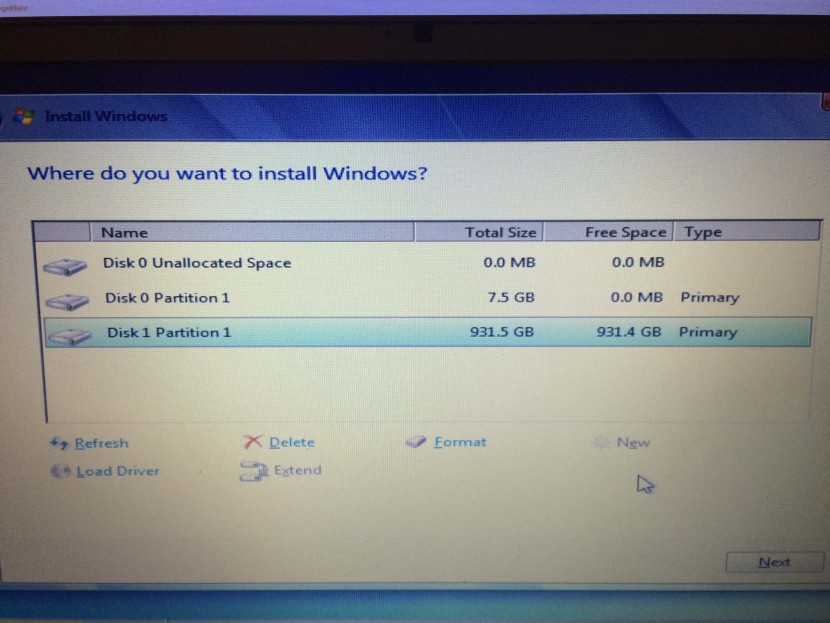 The reason had to do with UEFI and AHCI to some extent, but all settings didn’t work. Windows 7 seems to refuse to be a boot drive when the HDD is Disk 1, and I found this out because I installed Ubuntu 14.04 without issue from USB stick to the same SSHD and it worked fine, I tried various tricks including Dual Boot, I tried Grub, Grub 2 and nothing I could do could trick the machine into booting Windows 7 from the Disk 1, even though I was able to get Windows 7 to fully install to the Seagate SSHD and be recognized by the USB stick as a valid and healthy install, it would never boot.  The Samsung Series 7 Chronos would either keep rebooting over and over as it would only look to the Express Cache Disk 0 for an OS when only Windows 7 was installed on Disk 1. 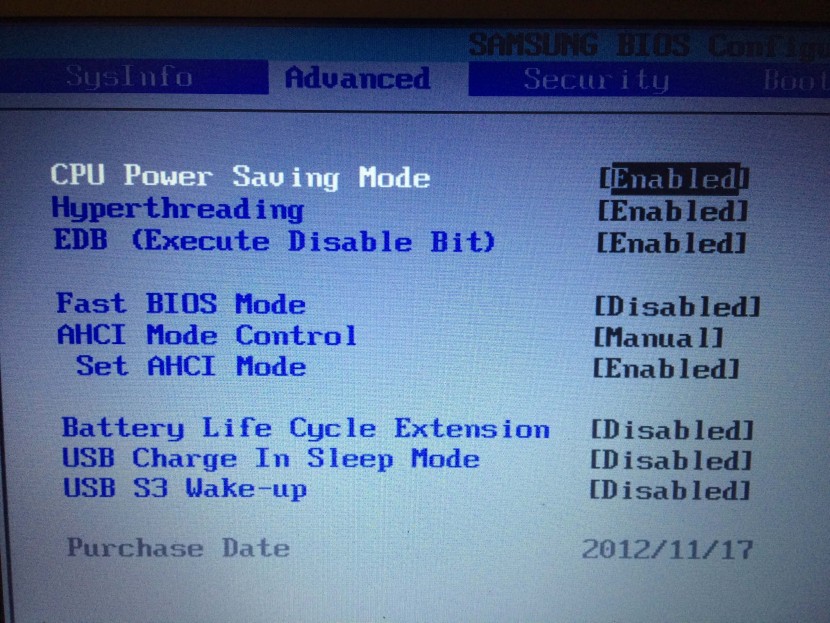 In the end I just installed a fresh copy of Windows 10 and had no issues, I installed it via USB stick and had no problems whatsoever, the moment it installed the Samsung Series 7 Chronos had no problems booting to Windows 10 with it being the Disk 1 and the ExpressCache complication issue was immediately resolved.  I think Windows 8.1 wouldn’t have had an issue either and it was a particular limitation with trying to re-install Windows 7 onto a new hard drive or SSD in the Samsung Series 7 Chronos.  I was out $119 for the Windows 10 License Key but better than having to buy a new laptop.

Note, I am not a fan of the Samsung Laptops as a result of dealing with their BIOS, my other son has an ASUS ROG and it is fantastic, highly recommended.

Ever since the 1970s, Samsung has developed quite a reputation for reliability and quality. They continue to keep this reputation by developing innovative and cutting-edge technology. One of these is the Samsung Series 7 Chronos SSD. This series offers consumers more value than other drives on the market today.

Here are the reasons why Samsung Series 7 Chronos SSD stand out:

One of the more popular ways of troubleshooting this problem is to try reinstalling the drive with a fresh and clean installation. If that doesn’t fix the problem, you might have to change a few settings inside the registry to resolve the problem.

The best way to fix the most common Samsung series 7 Chronos SSD problems is to consult a technician for authorized computer repairs. A technician knows the ins and outs of the computer system and can tell you what you need to do to get things back to normal. Even though a technician will most likely charge you a little bit more for their service, it’s well worth it for the peace of mind that you get in the end.

Content Creator/Owner of https://t.co/kw5uyPB8lq for Tech, Game, Entertainment and live streamer/influencer at https://t.co/sr2qU9ewLV
We are now Live Streaming on the Dragon Blogger Channel, come check us out and say hi and see what is streaming now! - 12 hours ago