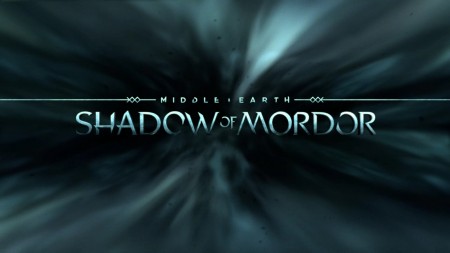 Shadow of Mordor has been a very anticipated game this year, and since’ its release in September I have had the chance to play it through. 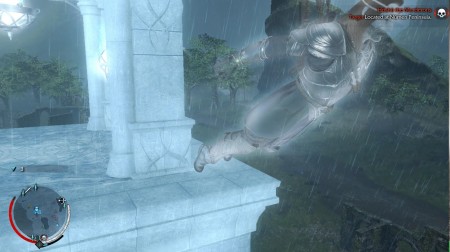 One of the first things you notice when you begin gameplay is the beautiful graphics and smooth motion. It has very impressive lighting (especially on the PC version), and even more impressive environmental effects, and isn’t actually too demanding of the requirements of your PC. I am able to squeeze out high frame rates on my GTX 760, paired with a stock frequency Intel i5 4670k. 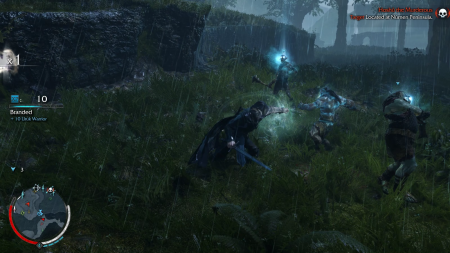 Gameplay in Shadow of Mordor is ridiculously fun and addictive. Running around and slashing up Uruks will be what you’ll find yourself doing 90% of the time, which isn’t disappointing I must say. The game consists of the awesome new Nemesis System which allows the Captains and Warlords that have killed you previously in the game to remember you when you encounter them again! Their remarks and expressions are funny and very lifelike, a life with huge and intimidating monsters that is. 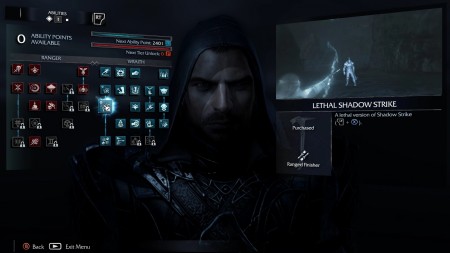 The upgrades available to you are awesome as well, from awesome takedowns, stealth abilities, weapon and damage improvements, and character abilities.  The game has a mixture of creatures, some being Uruks, huge dog-like creatures called Caragors, ridiculously big trolls called Graugs, deadly flies which can be used against the enemies, and annoying and very weak ground dwellers called Ghûls. 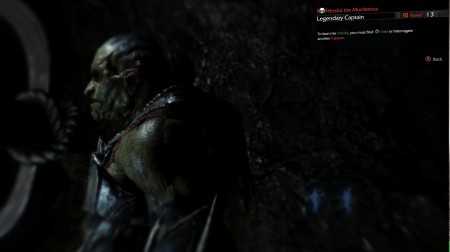 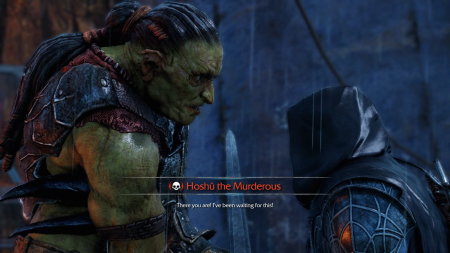 Fighting one of these creatures comes with ease, but it is never just one. You will often find yourself encountered by dozens of enemies at once, which is when it can become difficult. The Captain fights can be very difficult at times, being that not only do you have to fight the Captain, but all of his followers too. Also, if you die at the hands of a Captain, he levels up dramatically, making it harder to fight him the next time around. Don’t fret, many Captains can be very easily killed with certain tactics. 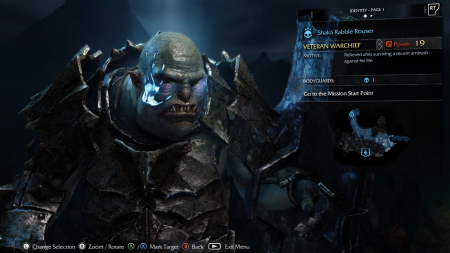 All of the Uruks, Captains or not, aspire to be a Warlord. Warlords are not easy to defeat. Warlords can communicate to legions of basic Uruks, and even have multiple Captains as their bodyguards. The Warlords will not just come out to face you, you first have to prove your worth of their time by defeating many of his followers in demanding ways. Once you get his attention, you will know it, and you will have trouble fighting him along with his Captains and many followers. 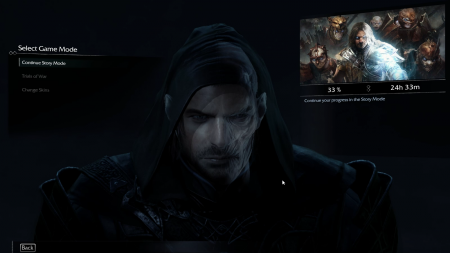 There are many side missions you can play, so you will never run out things to do. Also, there are future DLC’s coming out for Shadow of Mordor as well. I personally completed the main story line with about 24 hours into the game, and only 33% of the whole game completed. You’ll find that this game has TONS of gameplay possibilities. There is little to no glitches or crashes with the game and I am running version 1.0, the developers released a very stable game.

Overall, I give Shadow of Mordor a 5 out of 5.  Well I am not going to tell you guys everything about the game, get out there, and play! I personally think you will LOVE the game. Let me know in comments what you think of the game, and your experience playing!

We love feedback, how was this review?