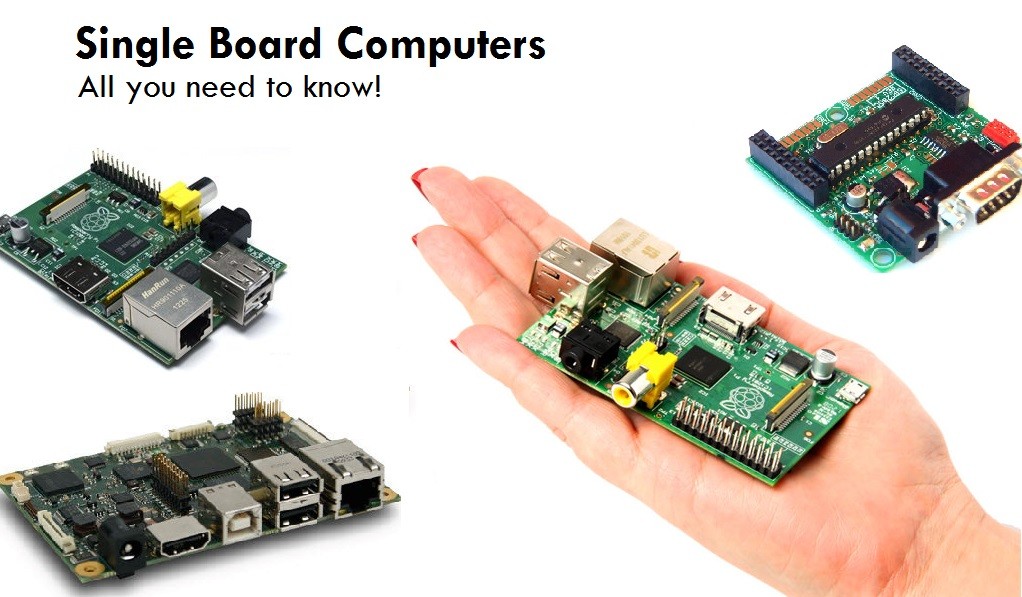 There are several Single board computers available today, the common and popular ones like the new Intel based SBC, Raspberry Pi, and several others. Single Board Computer, basically, is a  complete computer mounted on a single small circuit board. A typical setup would consist at least one microprocessor, some RAM, input/output, storage, and are generally fan-less and low-power consuming. SBCs are of varying sizes, from as small as a credit card to a little bigger ones that are used on many Gaming consoles or ATM machines, they’re often integrated into  devices for industrial, medical or robotics. In recent years, they have gained great momentum especially among hobbyists (geeks :P) and educators.

It’s not an overstatement to say these tiny computers have engendered a technological revolution of their own, pushing the limits of computing achievable in the palm of your hands. SBCs are available at very cheap rates  (as low as $10o) today and you can easily get one from many online stores. Similar to how the smartphone changed how we use phones, SBCs are poised to change how we approach embedded systems development.

We can use them for personal use, especially the Raspberry Pi. You can make a home theater system, digital picture frames, a complete desktop computer, and much more! You don’t need to be a tech savvy to use them, at least not for these type of projects, it’s as easy as getting one SBC, setting up the display and input devices, installing a OS on it like you do on your desktop and you are done or just get one with a OS pre installed. There are endless number of tasks you could perform using a SBC, and if you have a kid or someone who has some interest in technology, this is a perfect starter kit for them. If you yourself are into technology, this won’t disappoint you either, you could perform many advanced tasks such as your personal web server, home automation system, coding, and much more.

As I mentioned above, SBCs offer several important advantages, not the least of which is, that they provide the user with a customized and complete solution that’s ready to use, straight out of the box. This can save lots of time if you get it right. It can also prevent many of the issues that can arise from having too many extra connectors and circuits. In short, a SBC can give the you possibly everything you are expecting from it, to your exact specifications, without any of the extras you don’t need.

Over the past several years, technology has given us numerous solutions to our lives better. Computers have undoubtedly revolutionized the way we live and have given us capabilities that were previously out of our reach. The SBCs have also played a vital role in technological advances, creating more efficient and affordable products for people around the world.