So I had been using the DragonTouch A97 Android Tablet from TabletExpress for several weeks and let both of my kids ages 10 and 7 play with it too.  The tablet for a $119 budget Android tablet exceeded expectations for the price and my youngest kid even liked it more than his $229 Kindle Fire HDX though this was because of it’s size being 10.1″ vs the 7″ Kindle Fire HDX and because it had more games available in the full Google Play Store) than the much smaller number of applications in the Amazon Android App store. 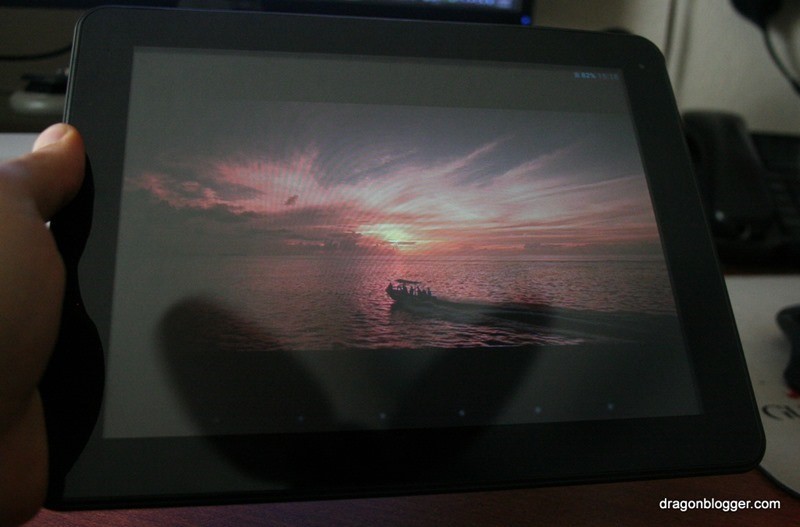 The Dragon Touch A97 Sports Android JellyBean (4.2) and comes with Google Play pre-installed.  It makes a great full access Android tablet and comes with all the ports and inputs you could want including a microHDMI output which does up 2160p output resolution, 2x Micro USB, MicroSD card (up to 32GB), it supports Wireless b/g/n networks and has a front and rear facing camera.

AnTuTu Benchmark Results of the Dragon Touch A97

The Dragon Touch A97 from Tablet Express scored a 12536 which puts it right on par with the first Generation Google Nexus 7 and Asus Transformer TF210 both of which cost $100 or more over the Dragon Touch A97 which means you are getting equivalent value for the price. 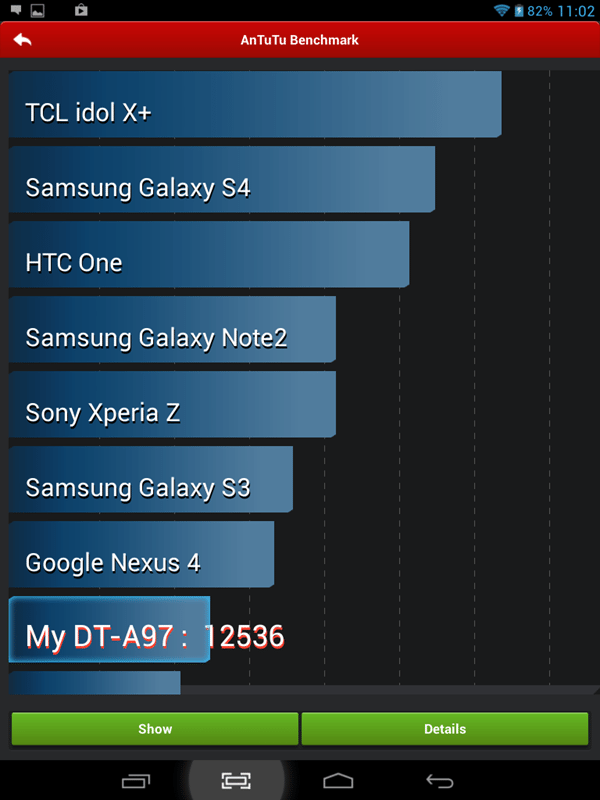 Now, the Dragon Touch A97 does not have Bluetooth, so if you need an external keyboard you will have to rely on a MicroUSB keyboard instead, or an adapter that lets a USB keyboard become a MicroUSB keyboard.  The newer Akaso W100 from Tablet Express has almost the same specs, with slightly higher resolution but also includes Bluetooth 4.0 and I am still working on my review of this tablet model.

It also does have limited storage space, though you can add in an external SD card you can only hold media like images, movies and music files on your external SD card so if you like having a lot of games installed at the same time you may find this an issue, but typically it isn’t if you just need a bunch of applications and a few smaller games for entertainment.

The Dragon Touch A97 is slightly thicker than a 2nd Generation iPad.

Overall I found the Dragon Touch A97 a very good deal and value for the price of $119.99 on Amazon.com and the only minor thing is that because it is a very specific tablet you are very limited to only 2 case options provided by TabletExpress directly.  Still if you are looking for a 2nd tablet, or a tablet for your kids you really can’t go wrong with the Dragon Touch A97.  My kids preferred the 10.1″ screen to the Kindle Fire HDX, even though the resolution of the Kindle Fire HDX is higher, they were young enough to care more about massively higher amount of game choices in Google Play and the larger screen size rather than it simply not having as sharp a resolution.

Battery Testing the Dragon Touch A97 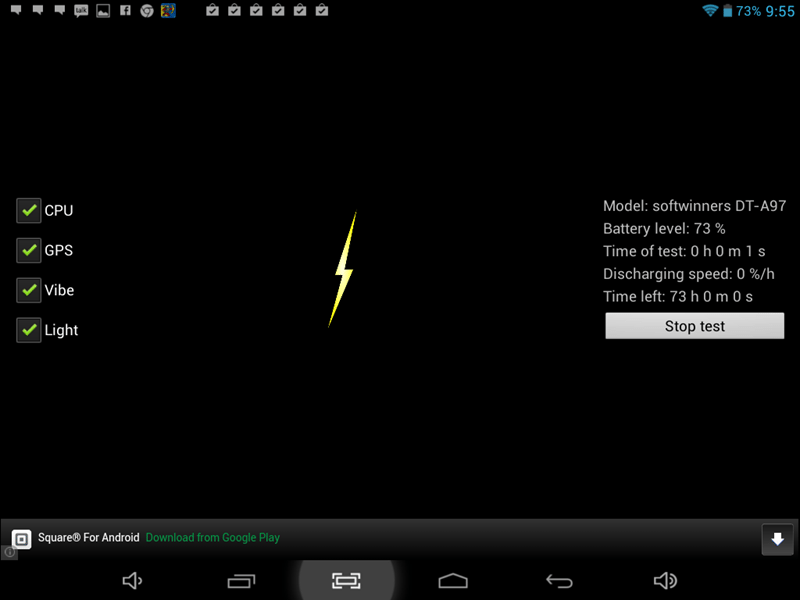 The only other area I would consider is that the battery life on the Dragon Touch A97 is a bit below average compared to the Kindle Fire HDX and the Google Nexus 7, in my battery life testing with CPU/GPS/Vibe and Light all stressed out it lost about 30% per hour and made it about 3 hours and 19 minutes. 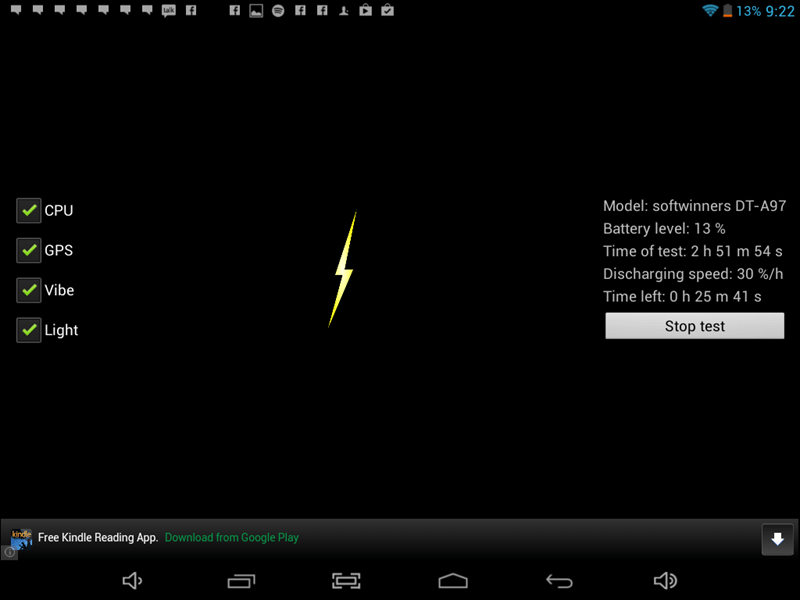 Now, during movie tests I got through about 3 hours of full movie playing and around 2.5 hours of heavy gaming testing.  So the device works very well for a couple of hours, but if you want to use it for longer you will want to have an external battery pack like the NewTrent Powerpak which would just about double your battery life.

Overall the Dragon Touch A97 Android Tablet is a great value for the price and at it’s price is a tablet that I consider worth getting.  It isn’t a gaming tablet or performance monster, don’t expect the performance of an iPad Air or the latest generation of Google Nexus tablets, but it performs equally well to my iPad 2 and better than the first generation Kindle Fire’s which still cost about the same amount or more than this brand new Android Tablet which also can play just about anything on Google Play.

In my next Android tablet review I will be testing the Akaso W100 also known as the Kingpad 10.1″ tablet from TabletExpress and this tablet has the same CPU core but it also has Bluetooth 4.0 support and I will be able to test external Bluetooth devices with that tablet as well.