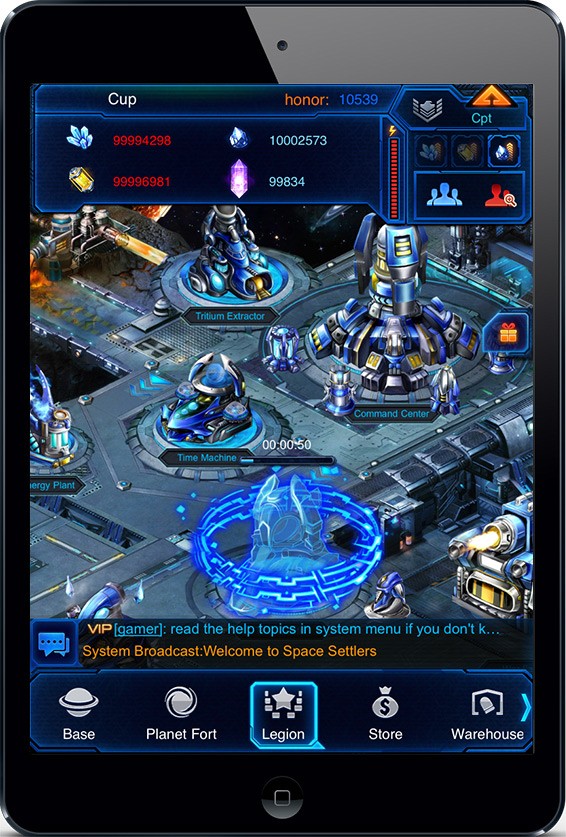 Space Settlers is a game made by Digiarty for iOS and works with iPad, iPhone and iPod touch that have iOS 4.3 or later. The game relies on you building, resource buildings and defense to protect yourself from enemies. This is the first Sc-Fi Online game for iOS and will allow players to globally chat with others through the in built chat bar. The game is based around Scientist Hawking who is famous for dating the “God Particle” discovered in 2012 and Hawking has dated it back 13 Billion years when the time gate was first created by dark matter. You are a settler tasked with trying to open the remains of the technology left long ago by the ancient people who first traveled there.

In Space Settlers you start off by building some very important buildings which will allow you to gather resources,store resources, turn resources into dark matter and also build defenses. Your main defense is a chariot which can be developed by studying techs in your tech center. By doing so you gain further development for your chariots and then will be able to study blueprints. Blueprints are found in your warehouse and by studying them you will be able to build upgraded chariots and also better weapons. 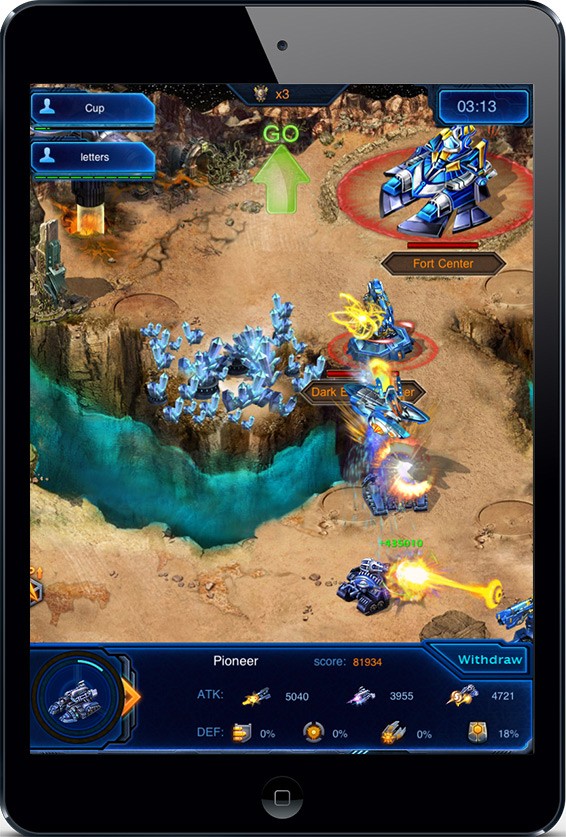 When you have your chariots you will be able to attack a fort and take control over it, this fort will then protect your home planet. To take forts you can use your chariots to attack however the possibly nicest feature about this game is the fact you don’t wait for the results of the attack like most iOS and Android Strategy games, you physically control the chariots and you can touch where you want them to go and in my opinion keeps you active and won’t make you feel as if the game is a side game where you only play it when you take a break from another game. You will then make more progress into the game, managing your forts, upgrading buildings to make sure they can handle everything and you can try to take over your server.

In my opinion the Space Settlers iOS game is a brilliant game, with great graphics, this game brings a fresh side to those classic Strategy games except with clever additions that will keep me playing it for a long time. It is a generally well made game and is very sleek and optimized for an on the go device. I played this game on the original iPad which I have had since the first day of the iPad release and this game runs extremely well with no lag what so ever, the only criticism would be small grammatical mistakes with quest descriptions but overall a well made game. It can currently be found free on the iOS app store here.
This video shows off the game: