The AC2100 router from Speedefy, currently available on Amazon, managed to hold up through an ice storm, multiple snapped cables, and a nightmare of jumpy bandwidth. I spent almost two months with shaky internet at best, and while my numbers were shaky, having an internet connection fast enough to do anything at all was a blessing. As you can see from the screenshots below, I was still able to reach speeds up to 750mbs at times, on varying servers. The router’s design while somewhat odd with its multiple antenna and sleek, almost pyramid-like shape, seems to allow it to project a solid signal throughout the house, not to mention it being the shape it is it’s certainly striking on a mantle or bookshelf. Since the ice storm, the router has exceeded my standard router instability and speeds, with the only downside being having to learn how to bridge the two since I’m a cable user, and the router was designed for DSL connections, and so lacks a coaxial port. As for features, it comes with 5ghz and 2.4ghz connections, perfect for setting up a family WiFi connection and one for guests so as not to have people that aren’t authorized nibbling at your precious internet speed as much as they usually would. The router came with a decent length power cable, as well as a standard ethernet cable, which managed to stretch across the length of my sizable desk. Back to the speeds for a second, I ran multiple speed tests during the ice storm, and while some of them were lower than what I was paying for, the router is clearly capable of exceeding 750mbs+ down which for the price is nice, gigabit internet-capable routers are generally more expensive. 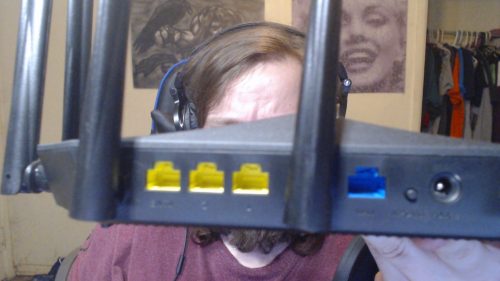 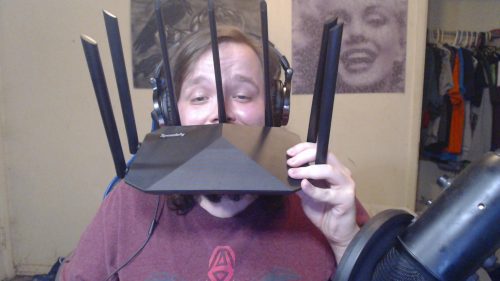 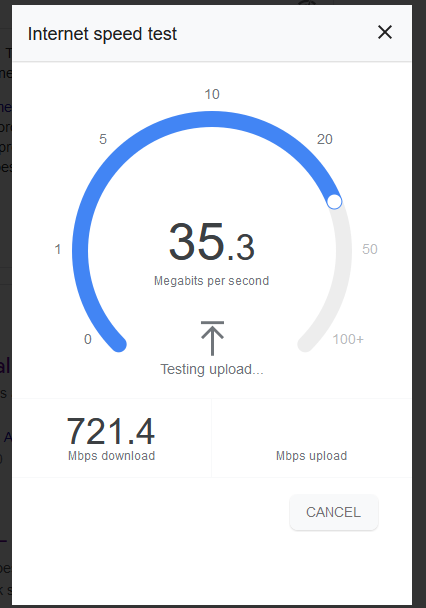 This first test was via Google speed test during a less inclement time of day, when I’d just began running the tests required for the video version of this very article. As you can see, it capped out at 721 down, more than enough for streaming to twitch, playing online games, watching movies or other media on multiple screens, or other such things. 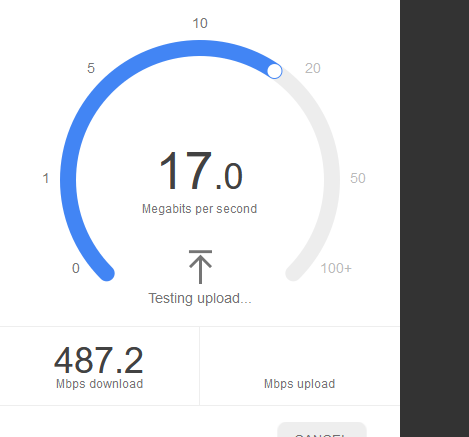 A bit slower with this one, this is when the ice on the lines started to take out nearby connections and make everything not so stable, but this is still enough to support a family of four, as we sat comfortably in our home watching Netflix, drinking cocoa, and praying to the lord that our power wouldn’t go out. (Spoiler: It did). All in all pretty solid. 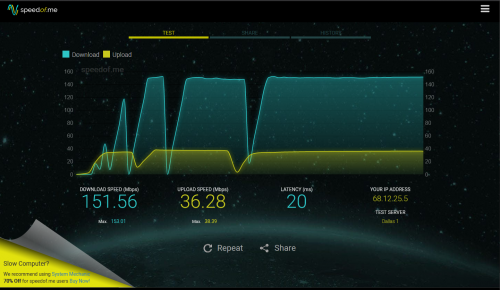 This was via speed of. me, and as you can see things got quite shaky as the ice storm began to really do damage, but we still had enough speed between the four of us to do whatever we wanted. Frankly, I was quite impressed and these numbers aren’t worth a grain of salt, under standard conditions the router is quite an excellent buy.

So in summary, router good, silly internet man says so. As always, I’m Opal with Dragonbloggers, and I hope to see you in my next article. I almost forgot, get 10% off on your own Speedfy Router with coupon code MQRZCJ5P.