So in my quest to find and interview other entertainers I recently ran across another streamer group that was modeled very similar to how my own DragonBloggers Twitch channel is a multi-streamer team.  I got to learn about Mom’s Basement Gaming which is an awesome name and how they got started as they were networking in the Facebook streamer groups.  So this wound up being an interview with 2 members of the Mom’s Basement Gaming group Shilo and Adam and they answered the same questions from their own perspectives. I just really dug their vibe and energy and wanted to make sure my readers had a chance to get to know them. 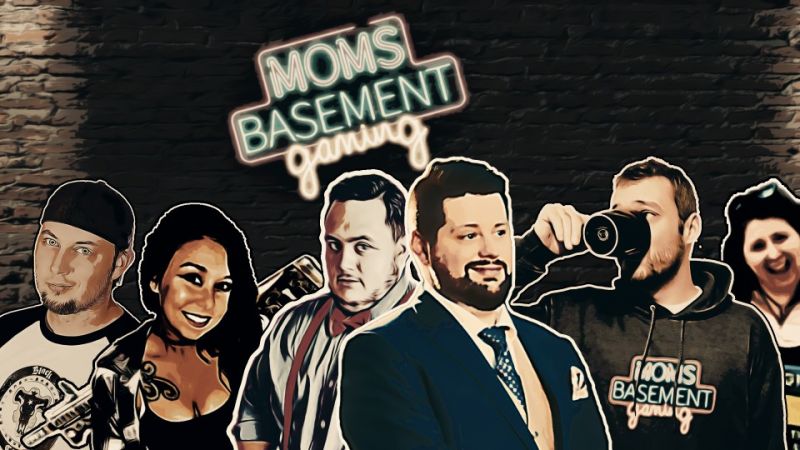 Justin – Tell our readers about yourselves. 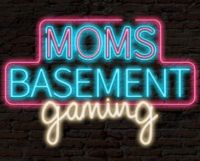 Shilo/Epix – Owner/Founder – I’m Shilo and my handle is Epix. I’m from Portland, OR and spent most of my adult life in Los Angeles where I worked in film production until moving back home to PDX a handful of years ago for a girl who thankfully is now my wife. I became a stay at home dad and used my free time to create and launch Mom’s Basement Gaming!

Adam/Nithren – Co-Owner – Hard to start this reply without something leading into it, with that said, its Adam. I grew up in eastern Oregon in a tiny town with a population of about 300 people. Not much out there for a non-farming kid other than video games, which is where I found my love for them. Currently I live in Portland, Oregon and work for a company supporting VoIP systems which is as boring as it sounds. You can find me on just about any gaming platform under Nithren.

Justin – Wow Adam, 300 people is the smallest town I have heard of, practically a village or a tribe.  When did you both first realize you wanted to start streaming and when did you first start?

Shilo –  I always thought that streaming was an interesting concept and it was something that I always wanted to try. I’ve been gaming my entire life starting with Atari then NES, SNES, N64 and so on up to now. When I was younger my room was covered in wall-to-wall Nintendo Power magazine game posters. I kid you not, you couldn’t see ANY wall or ceiling. It was amazing so gaming has always been in my soul. It was the summer of 2019 when I decided to take the plunge and Mom’s Basement Gaming was born! It’s expanded quite a bit more than originally intended and I’m incredibly happy with that.

Adam – I think the first thought really hit me after I graduated from College. My girlfriend is the one that suggested it to me so it’s been on my mind for quite a long time. I just never really had that push or the time to do it seriously until lately. I probably have been doing it for about two months now.

Justin –  I am an old school gamer myself, Atari 2600, Commodore 64, Amiga and all the NES, SNES, Sega Genesis consoles…etc. What streaming platforms do you go live on most often (Twitch/Mixer/YouTube…etc)?

Shilo – Right now our team streams on all the major platforms. Facebook, Mixer, Twitch, and YouTube. We’re gearing up to shift our focus to Twitch (Twitch.tv/MomsBasementGaming)primarily for live streams and taking advantage of Facebook and YouTube as a place to show highlights from the streams and build our community. We’ll still stream on multiple platforms from time to time when our team is playing the same game at the same time so viewers can get the perspective of their favorite streamer on the team but for the most part, it’s going to be Twitch.

Adam – Currently using Restream for all platforms but, Twitch seems to be where I want to be focused. Maybe that will change in the future once we get a bit more streamlined.

Justin – I use restream for Dlive, Facebook, YouTube and Mixer, but obviously Twitch has to be dedicated video for 24 hours once you are affiliate.  What devices do you prefer to stream from? (Console, PC…etc)

Shilo – Everything runs through the PC. Before starting Mom’s Basement Gaming, I hadn’t had a gaming PC in probably 8 years or so. Most of my gaming buddies are on Xbox and consoles will always have a place in my heart but as I’m playing more on PC and having my mind blown away by the graphics, I’m finding it tougher to go back.

Adam – My fully armed and operational battle station is definitely my PC.

Justin – Yeah, even when you game on a console typically you want it going through a capture card on a PC.  I still like some console exclusives like Horizon: Zero Dawn which was one of my all time favorite games for the PlayStation 4.  What is your preferred streaming hardware/PC/software setup (PC Specs)? (Webcam, Elgado Streamdeck, SLOBS/StreamElements…etc)

Shilo – Ryzen 9 3900x, RTX 2080, Elgato 4k60 Pro mk2 to stream from Xbox, PS4, and Switch, 32GB of RAM. When building my PC I wanted it to look like a potato computer. I didn’t want a bunch of RGB fans and what not to interest my curious 4 year old so it’s not flashy looking by any means but it’s got some solid pieces inside lol

Justin – Nice setup, both of you having two RTX 2080 is nice.  What is your short term goal < 3 months and long term goals with streaming?

Shilo – We’re still getting our streaming sealegs under us. The goal for the next three months is to continue growing our community on Social Media and Discord. I think we’ve got something special brewing here so we need to find a way to keep it going and continue to grow. We are also building a stream team so we’d like to get a couple more streamers and content creators on the team. By three months from now I’d like to have a solid foundation of Content Creators all running like a well oiled machine all going towards the same goal of making a positive and entertaining impact on the gaming community.

Adam – I suppose my short term goals would just to be have a good time, maybe meet some like-minded people. Long term would be to build a community with those people. I did a 7 year stint with another community and really enjoyed my time with them. I hope that Mom’s Basement can create something just as fun.

Justin –  Sounds like a good plan honestly, invest as much time in social networking and expansion as you do streaming to help grow your community.  Do you have any advice you give to other people wanting to get into streaming and entertainment?

Shilo – If it’s something you want to do, don’t wait to do it. Just hold your breath and jump into the deep end. It’s a LOT of work and a lot of up and down. Don’t be surprised if you go hours with 0 viewers and suddenly have 10. The ebbs and flows of a stream are crazy some times so don’t let it get you too high or low just do you, have fun with a game that you love, and have a good time just like you were playing a video game just for you and nobody else watch watching.

Adam – I really only just started so I am not too sure what advice I could give! So far the one thing I have noticed is streaming a game you don’t enjoy is going to come across on stream and just feel like a drag. Play something you truly enjoy.

Justin – I agree 100% with what you said Adam, don’t just pick a game because you see a lot of viewers watching it on Twitch.  You need to play and stream what you enjoy playing and often finding the niche games is where you can get noticed as there is less viewer competition.  Where, When and What Can People Find You Streaming and What Can They Expect From Your Streams?

Shilo – I am on the Mom’s Basement Gaming Twitch, during the weekdays generally Monday and Wednesday at 2pm PST and you’ll see me hopping into the other streamers games from time to time if it’s multiplayer. Especially if it’s Adam and I can sabotage his Moonshine running missions in Red Dead 2 Online. I’m REALLY looking forward to streaming The Last of Us 2, and CyberPunk 2077. Right now though you’ll usually find me on Red Dead Online, Destiny 2, or Borderlands 3.

Adam – I stream for Mom’s Basement Gaming on Tuesdays and Thursdays at 6:30PM I don’t really have a style of entertainment, I’m a pretty relaxed person. Not a huge fan of FPS but, I play pretty much anything else. Really looking forward to Warcraft 3: Reforged!

Watch live video from https://www.twitch.tv/momsbasementgamingon www.twitch.tv
Justin –  I LOVE Red Dead Online and am currently playing with both James and Nate from my own stream team.  Shilo, you should add dragonblogger on Social Club so we can game together sometime, we are in Red Dead online all the time lately.  Adam, my son is really looking forward to Warcraft 3: Reforged as well.  Do You Want to Give Any Shoutouts or Promote Anything?

Shilo – My first shout out goes to you Justin and Dragon Blogger as a whole. Thank you so much for having us. We appreciate the opportunity you’ve given us to help promote Mom’s Basement Gaming. Like I said before, I feel like we’ve got something special brewing but it doesn’t mean anything if we can’t get people involved so thank you for giving us a platform to continue that mission! Second, shout out to all of our content creators at MBG. We’ve got some really great people who volunteer a lot of time and effort to make this thing go. If anything we’ve said peeks your readers interest they can find us at Facebook.com/MBasementGaming, @MBasementGaming on Twitter, and @MomsBasementGaming in Instagram. Facebook is kind of our main hub, we’re got our main page and community page called Mom’s Basement Dwellers as well as a growing Discord https://discord.gg/JkcDGX9 we also just launched our merch website with some really cool stuff on there with some new items like mugs, hats, mouse pads, with more being added very soon. www.momsbasementgaming.com/shop

Adam –  Mom’s basement gaming we hope can be something special. We want to build a great community with a stream team, podcasts, game reviews and whatever we can get our hands on. We really are just a bunch of game nerds volunteering our time to those dedicated to video games so check our website out @ www.momsbasementgaming.com and come hang out in our discord.

Justin – Thank you so much for the interview Shilo and Adam, not only is your goals and team setup in a similar style to what I was doing, but you all even play mostly the same games that I do.  It was awesome meeting you and I will be dropping by your streams when I can particularly so I can know your individual team members better and be able to recognize them by face and voice each time I do.