After moving to a new place in early August I had a lot of new pictures and picture frames to hang up and wanted a quick and easy way to keep an entire line of pictures and painting straight on a wall.  This is where I first looked at laser levels you could buy online and ended up choosing the Tavool Self Leveling Laser Level which was a fantastic purchase decision I decided in the end after using it.

What the Tavool Self Leveling Laser Level Features

The product has a 3 in 1 option to where you can do vertical line, horizontal line or cross lines when it comes to projecting a laser line across your wall.  and it can deliver the beam up to 50′ distance.  In bright daylight with curtains and windows open you can very clearly see the laser line on the wall without issue. 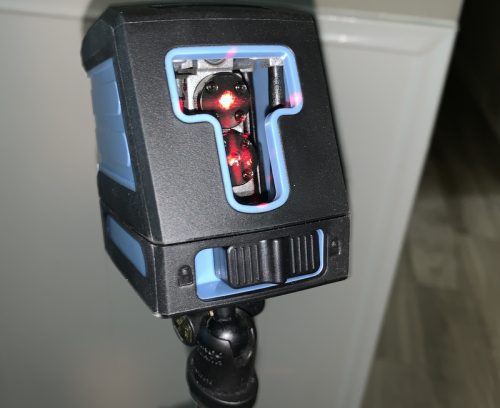 This laser level mounts onto a tripod and has the ability to self-adjust up to 4 degrees to make sure your lines are straight, you just have to position it so it is near perfect then it will pull into alignment and ensure your laser mark is exactly at 90 degree angles and level.  It has a lock and unlock mode, and the button simply switches between the laser modes. 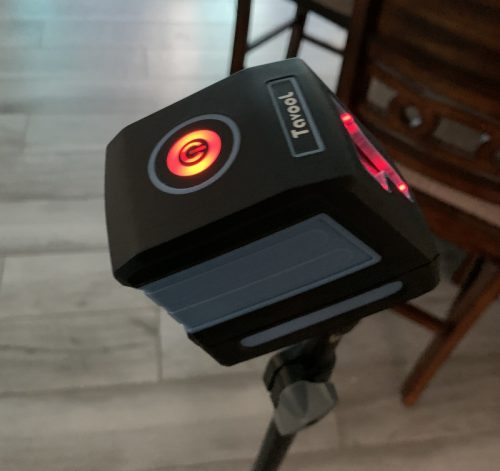 There is only the power button on the top which is also the same button that switches between the laser mode types, you have the lock/unlock switch on the front.  Be careful not to look at the laser light while you are switching the unlock/lock. 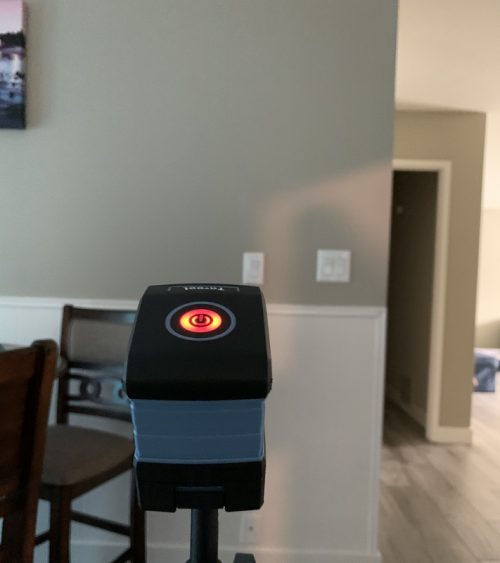 It has a standard tripod screw thread for mounting and you just point it at the wall and press the on button after unlocking. 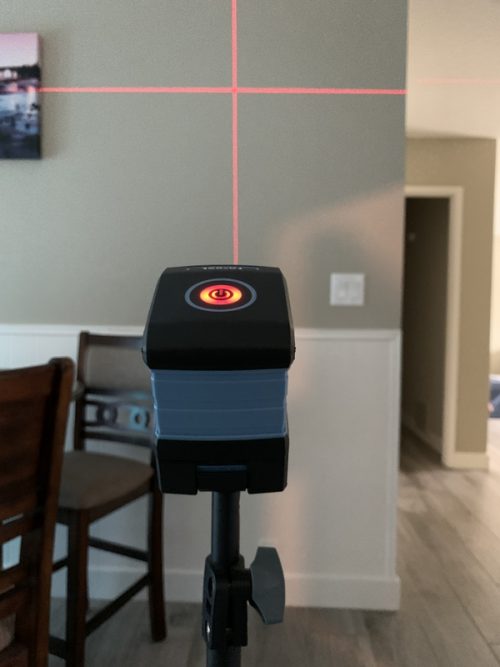 With the cross pattern I had a perfect level line to match the trim and line up my horizontal and vertical posters along the lines that I chose.  This product has over 1600 reviews with an average 4.5 star rating, it really is a fantastic laser level product for under $50 on average from Amazon.  I have used previous laser levels that have tacks that pin to the wall to draw a straight line, but I found this tripod mounted laser level was easier to use and doesn’t leave tiny holes in your wall like the ones that pin to your wall do.  I have no problems recommending this laser level to anyone.  It uses 4 AA batteries which are easy to install and it runs for a long time, so long that I haven’t even used up the batteries and finished all my leveling jobs over the past month, so I can’t really say just how long it lasts on 4 AA batteries just yet as I must have used it for hours until I finished hanging everything I needed hung.

I recommend that you pair this laser level with decent camera tripod that can periscope up and down so that you can get the level at the right height, it is better to do this than to try to tilt the laser level at an upward angle.