This is a review of the TechOrbits Intelligent Multi USB Wireless Qi Charging Pad. 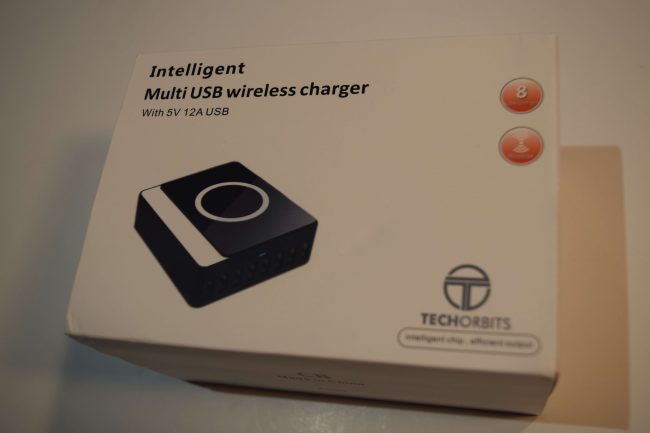 This is a pad is designed to charge all of your devices with just one outlet.  It can be purchased for $30 from Amazon. 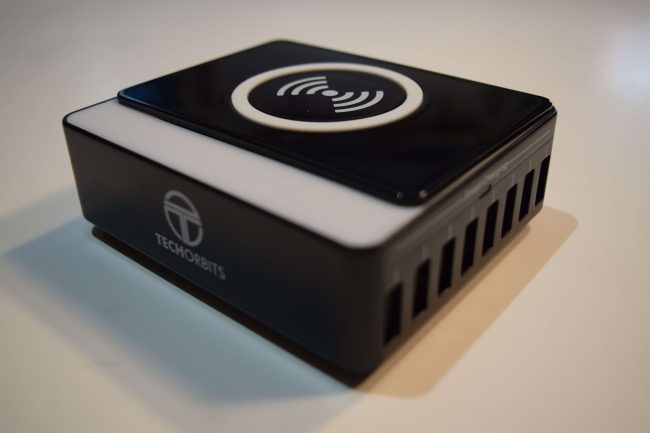 First off I’d like to say that I really like the idea behind this.  After years of traveling with a family, I’ve witnessed many times where as soon as a hotel room is entered, everyone rushes to the three or four provided outlets to charge the strained batteries of their phones and within a few minutes every chair has been moved and every lamp unplugged, so that we can get some battery into our phones, laptops, headphones, and smartwatches.  This is why this charging pad is so useful.

It features a Qi pad on the top which works for most new smartphones and also some smartwatches (I use the Qi for my Moto 360).  Click here to find if your device is Qi enabled. 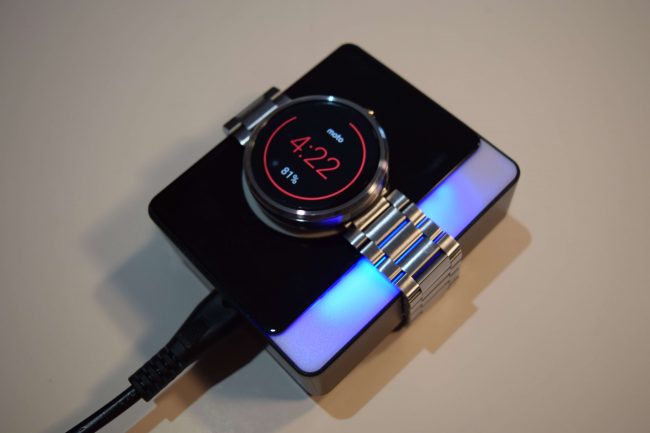 Wireless charging is very nice to have especially for bed-side charging.  It is nice to be able to just set your phone down without any plugs being required to fumble with in the dark, or whenever you go to charge up your device.  Qi charging also allows you to be able to quickly grab your phone if you are leaving in a hurry. 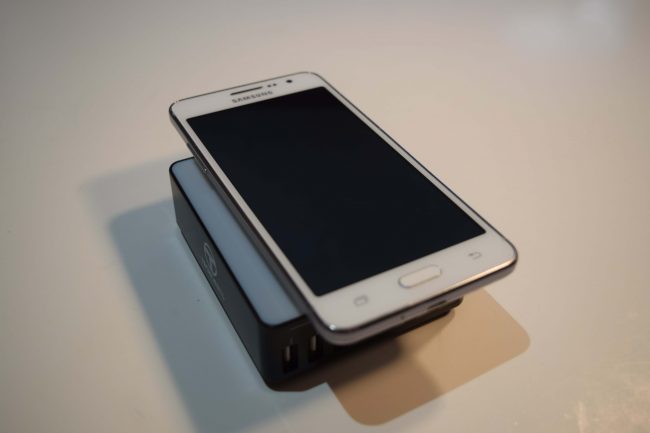 For the rest of your devices, there are 8 more high speed charging USB ports.  With this charging station you will be able to charge your phone, wireless headphones, smartwatch, a speaker, and four or five other devices.  I think this would be able to easily suit a group of four people and especially if you had younger children, this pad would be enough for almost any family. 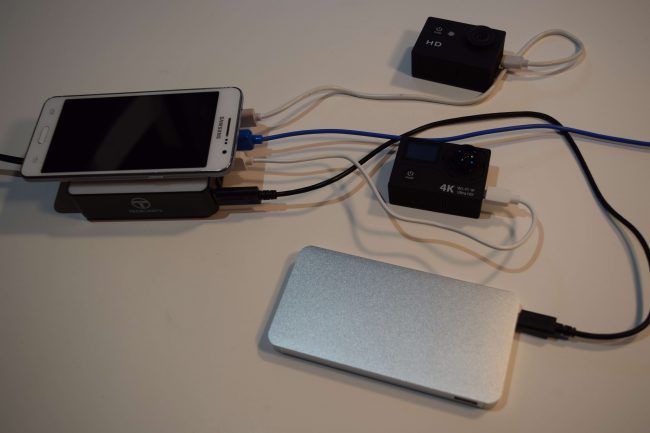 Now on the more critical side.  I don’t have too much to say against the TechOrbits Qi Wireless Charging Pad, but when I first opened it seemed a bit fatter and taller than I was expecting.  The pictures were slightly misleading. 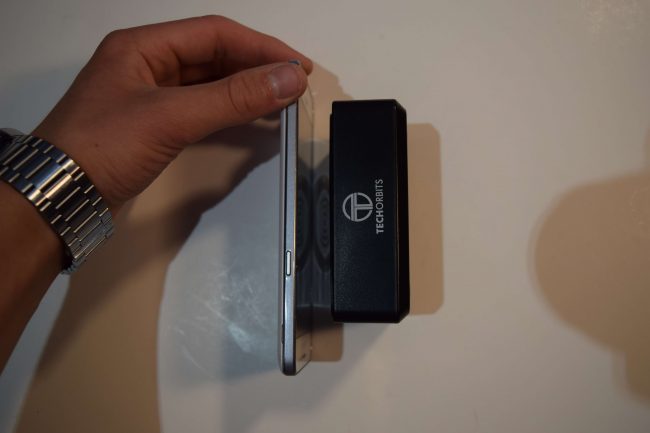 Also, the so claimed fast charger ports were a bit faster, but it’s not extremely noticeable. 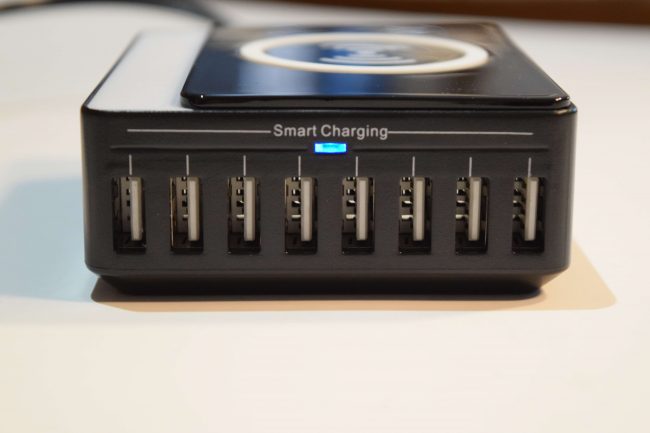 Overall, I think this is a great product and it is at a good price.  After some calculations, I discovered it would cost around $50 to purchase 8 USB wall adapters and a Qi pad, and this would take up 9 outlets!  So $30 is definitely a good price.  This is nice to keep by your bed and would definitely be nice for travel.  Just know it’s just a bit fatter than it appeared to me in the pictures on Amazon.