Antivirus software is a common name assigned to defensive applications that execute filtering and recovery operations developed against viruses. In order to identify and remove viruses on your computer, these applications use different approaches. Actually, we have been learning about what antivirus applications are doing. So, is it really needed?

The solution to this question is by the consumer entirely. To answer whether an antivirus program is needed, the web pages the user regularly visits, the files he saves to his computer address the issue.

Viruses nowadays have grown a ton and came up with special strategies. We also see those which display multiple actions and even some of them await command system instructions before they are triggered without any harm to the system. On the other hand, there have been attacks to steal camera recordings, voice recording bugs, malware that gives this information to hackers without harming the device by capturing all the keys we push from our keyboard, and different attempts to retrieve our data. A significant danger may be sophisticated target-oriented ransomware, which utilizes special tactics against firewall devices or security equipment of the modern generation and may stay in networks for weeks without being detected. 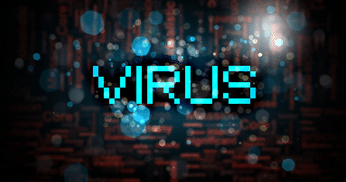 But what are the side effects of using antivirus software?

Conflict with your additional software

Even though they are the most well-known and accepted ways of protecting your device, currently, they come with many additional features that may interact with other features of your browser or apps in a problematic way. These features include web protection, firewalls, identity protection, and encrypted storage, and more.

This may end up in clashing with browser extensions, detecting too many threats when scanning, or blocking your existing software’s functionality. And if you wish to use other connection tools like proxy servers or VPN both for security and removing geo-restrictions, it may clash with your Antivirus program’s extra secure features like firewall or browser protection.

Let’s look at the Netflix example. Many of us use proxy servers or VPNs to overcome the Netflix streaming problem which is based on geo locks. Proxy servers can be free and online tools and applied by many for removing Netflix streaming error. But they cannot be high performing all the time and Netflix can block these proxy addresses. If you wish to check out how to bypass Netflix proxy, you need to search for the best VPNs equipped with the necessary capacity. However, VPNs are primarily used for a secure connection and its features may intersect with the already running antivirus program. You need to either modify the settings of your Antivirus and firewall management.

If you wish to use antivirus programs while using a VPN at the same time, another alternative may be searching for VPN providers that provide antivirus features as well. And do not forget the fact that VPNs are designed and developed for your personal security. Even today we use mostly for changing locations and IP addresses, their working mechanism besides this function relies on ensuring your privacy similar to antivirus programs.

Many IT professionals embrace it as the best and most effective way to protect your confidentiality and safeguard your personal info using the Private Virtual Network (VPN).

VPN technology links you to a virtual computer that you do not physically belong to through additionally protected tunnel connections. That is why using a VPN is the best way to connect to access a remote network. This also ensures that your location will be concealed and changed depending on the VPN server location you select.

No matter what computer you use, there is a substantial chance that being online without adequate internet security protection. Your laptop, financial records, and internet persona can all be breached by hackers.

Antivirus software can defend your devices and data from all sorts of malicious activities, such as viruses, spam attacks, malware, and other threats. Nevertheless, antivirus software is not the only security that companies use to keep secure but also for individuals. Cyber threats, with many built to circumvent antivirus software, can originate from everywhere.

Basically, virus protection tools keep ransomware and other cyber-attacks at distance from your computers, while VPNs mask your information by encrypting it on its path to and from your computer and the network it connects with. One operates at the hardware level, the other at the network layer.

Is a VPN safeguarding me from viruses?

Although a VPN makes it difficult to insert malicious software into your surfing sessions from your own Internet Service Provider or Wi-Fi connection, a VPN does not protect you against viruses on its own.

You also have to be vigilant of email attachments and downloads, even while using a VPN. Files with dubious formats such as .exe, .jar, or .js must never be opened, and only files from places you have confidence should be opened.