The online casino business enjoys clients in the millions from all across the globe, and this number has been growing steadily since its establishment in 1994. The rising number leads to a demand for new products, which necessitates the release of new games from time to time, some of which can be explored in Arabian Slots X. New gaming creations give online gaming software companies the chance to explore cropping technology while players get a kick from engaging and rating them. 2019 is not different in terms of game releases, and punters have a lot to look forward to; this is especially in the case of slots enthusiasts since the game category gets the most attention from gaming sites and punters alike. Some of the games that are set to be released in 2019 include: 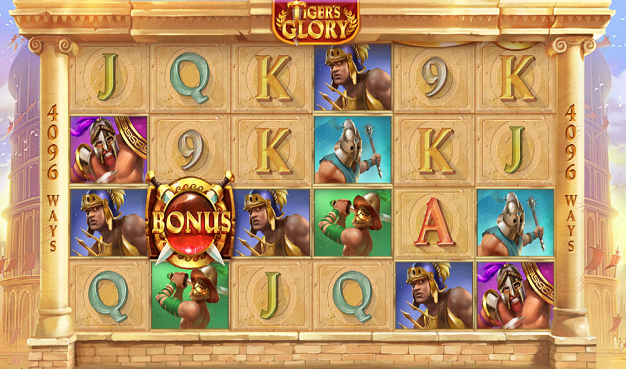 Tiger’s Glory is set to be one of biggest releases by Quickspin, one of the somewhat new online gaming software providers with its entry to the casino realm marked in 2012. Quickspin has been able to acquire speedy success on the web partly because it was founded by former Net Entertainment executives with ample experience in the field. The company was then acquired by Playtech, a force to reckon with in casino game development, under which it operates to date.

This slot game showcases the software developer’s ability to explore themes in their products to make gameplay more interactive. Tiger’s Glory is based on the ancient Roman empire sport of gladiator wars, and the Colosseum where these fights took place adorns the background of the six by four playing grid. In the place of play lines is four thousand and ninety-six ways to win. Eleven symbols are placed on the reels including tigers, gladiators, and poker face cards. Payouts are triggered when three or more of these icons align on a win way, and the highest possible win is a multiplier of thirteen thousand, eight hundred and thirty times. A free spins bonus is also included, and it is activated by landing three to five scatter characters. 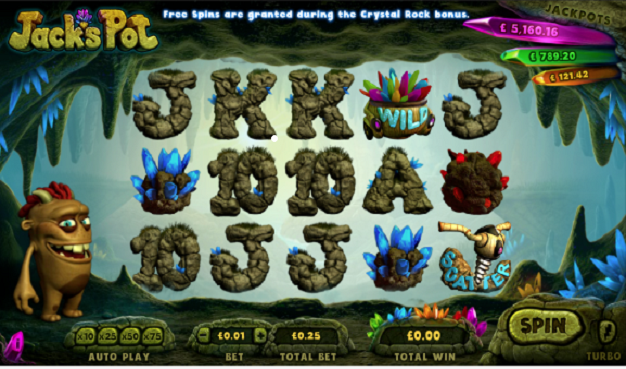 Red Tiger Gaming may be a small-time gaming company in comparison to others like Net Entertainment and Playtech, but their Jack in a Pot Slot appears to be keeping competitors on their toes. This game is developed with a fusion of cartoon images and three-dimensional graphics, which translates into a beautiful design; this is different from most other games by the developer that lean towards the simpler side.

Jack in a Pot is Irish themed and features a unique game screen consisting of seven reels and the same number of rows. This playing grid is built simply with a solid grey tone that is aligned with what appears to be brown vines. The main attraction is the surroundings of the grid, which are clover fields stretching out to each side of the screen. To the right sits a golden pot surrounded by gold coins with a leprechaun standing on top smoking a pipe and drinking some beer. The icons on the reels are also an attraction on their own, and they include lucky items such as horseshoes, golden four-leaf clovers, and leprechaun boots. The poker card suites spades, diamonds, hearts, and clubs also get a feature.

Unlike nearly all other slot games that feature bet lines or win ways, no such inclusion is made in this set. Instead, Jack in a Pot offers cluster pays. As the name suggests, payouts are given when icons form a cluster on the playing grid. The higher the number of icons in the cluster, the more the wins triggered. A free spins round is also included along with a wild symbol that serves the purpose of replacing all other characters to complete a cluster or make it even bigger for better wins. Even though a lot of features are distinct from those of most slot machines in Jack in a Pot, the gameplay procedure remains the same. 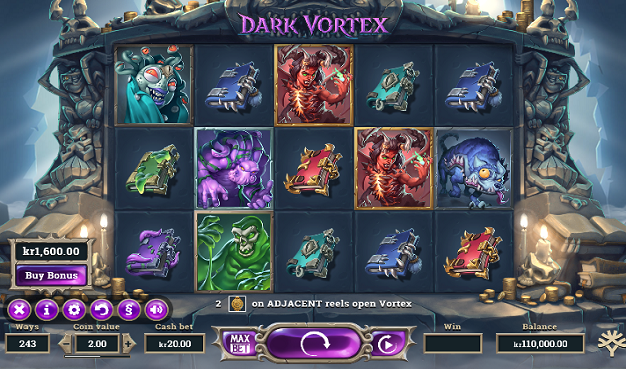 Yggdrasil Gaming is one of the latest online gaming companies to join the casino industry, but it is not lagging in dominating the slot scene. This notion is ascertained by the Dark Vortex online slot, which has set a new bar for the development of these games. The set combines the use of state-of-the-art three-dimensional graphics and select sounds to deliver an underworld themed slot game.

Dark Vortex is created with five reels and three rows, but there is nothing conventional about how it is forged. The playing grid is encased in rock boulders that have skulls engraved on each side. Lit candles are placed on each side of the game screen right above the controls that are made into purple buttons. The back of the slot extends into a cave that leads outside judging from the light shining through.

The icons on the reels are as scary as they get, and they include different colored books, grim ripper, and other underworld creatures. Three to five of these characters form winning combinations on two hundred and forty-three win ways, and they pay left to right and vice versa. The number if win ways increase during the Vortex Reels bonus round to three thousand, one hundred and twenty-five.

2019 is already looking up for slot lovers with these and many other new releases coming up. Other casino game categories also enjoy releases on the regular, and next year is bound to be the same.