Do you remember the days when advertising was all about billboards, radio jingles and short TV ads between programmes? No? Me neither, but once they were all that existed. Advertising was once about using all of the mediums that were available at the time, and one of the best ways was to strategically place billboards where they could be seen by the general public. Now, although we’ve come a long way in a not so long period of time with online advertising, when you think about it, it’s a similar concept but using the internet, rather than a physical poster. Where we’d once place posters where physical traffic would flow, we now aim to place online adverts where the virtual traffic flows, but what are the easiest and most effective ways of doing this? 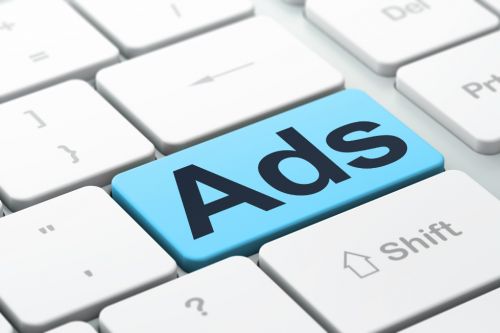 You might be thinking that nowadays no one subscribes to newsletters, and that this entire notion is outdated. However you’d be surprised how many people actually do subscribe to regular emails from different companies. Although you might think that these emails are more often than not ignored actively by the recipient, if you title them carefully enough then people are more likely to open them. Nothing encourages people more to read on than advertising techniques like “special offer” or “save money”. One of the top ways to attract customers, is by promising them more for their money. People are so frugal when it comes to cash flow, especially nowadays, that any opportunity you can offer them to save will work well in your favour.

As well as thinking about what you can offer money wise, make sure that the title infers what it actually is your company has to offer. For example, if you were a company who specialises in repointing brickwork, then using the title Repointing Specialists will allow people to immediately see what you’re advertising. Likewise, using lingo such as “specialists” puts people at ease, because they know they’re in safe hands. If you name your email newsletter effectively, you’re far more likely to have people engage with it.

A lot of companies turn their nose up at Facebook, but when you think about it, it’s one of the biggest online communities in the world. Because of this, it gives you direct access to not only thousands, but millions of people at the simple touch of a button, and what better way to promote business than by doing it far and wide? Social media has revolutionised the way we communicate with each other, so why not ride that wave and allow it to influence the ways in which you conduct your advertising? If you use your keywords effectively, chances are on Facebook, a lot of online traffic could be redirected to your business – so why not give it a go?

This doesn’t only apply to Facebook, however, but all social media platforms. Have you ever seen the way the hashtag is so strategically used on both Twitter and Instagram? If you’re not familiar with the notion of “hash tagging” it goes as so:

So there you have it. Once you’ve chosen your hashtag content, the goal is to get it trending. The more people you can get posting the said hashtag, the more likely you are to be able to get whatever it is you’re trying to trend, trending. Once something is trending, it comes up near the top of search lists on the said social media site, and therefore dictates a larger flow of traffic towards it. Whatever you think about social media, it’s a clever and free advertising system.

Do not ignore where the users and consumers are going, while Facebook is still the leader you really should ensure your brand has presence on Instagram, YouTube, Snapchat and other social media apps and sites as well.  It is better to get your brand a presence even if unused and prevent an account from being created by someone other than your brand that uses your brand name dealing with hassles later as well.

Last but not least, consider using blogs for your advertising needs. Where people once used to flock to buy newspapers to read the latest content, now they read blogs. The key to using blogs, is finding a blog that suits your niche. This makes it not only easier to advertise on them, but also means you’ll be targeting the right audience too. Once you’ve built up some blogging partnerships, it can lead to regular advertising.