CALABASAS, Calif – June 25, 2020 – Publisher 505 Games and developer Remedy Entertainment invite Xbox One players back to the Oldest House with the release of The Foundation expansion for multiple award-winning supernatural action game Control. 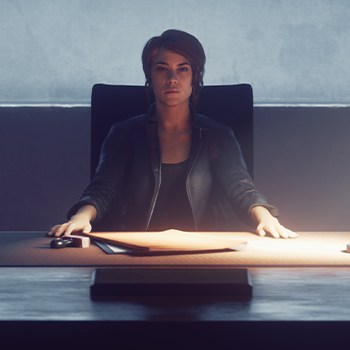 The expansion, which adds new missions and narrative elements, enemies, and intriguing abilities, can be purchased from the Microsoft Store digitally for Xbox One and Xbox One X for £12.49.

The Control season pass for Xbox One is available for £19.99 from the Microsoft Store and includes The Foundation, and a second this expansion, AWE, releasing year.

The Foundation sends players spiraling into the history of the Oldest House. Jesse is alerted by the mysterious Board that a situation has arisen in the bedrock of the establishment. A mysterious structure called the Monolith has been damaged and the Astral Plane is leaking into the Foundation. If Jesse can’t stop it, the Oldest House, along with the Bureau of Control, will be consumed by this invading and infectious dimension.

Control was named “Action Game of the Year” by the Academy of Interactive Arts & Sciences at the 23rd annual D.I.C.E Awards and was honored with the Critics’ Choice Award at the 37th annual Golden Joystick’s.

Control is available now for PC, PlayStation 4 and Xbox One and will be coming to next-gen home consoles PlayStation 5 and Xbox Series X.

Founded and based in 1995, Finland, the company employs over 260 game industry professionals from 27 different countries. Remedy is listed on the Nasdaq First North Growth Market Finland marketplace. www.remedygames.com

505 Games, a subsidiary of the Italian entertainment company Digital Bros. and Metacritic’s 2019 #1 Publisher of the Year, is a global video game publisher focused on offering a broad selection of titles for players of all ages and skill levels. The company publishes and distributes premium and free-to-play games on leading console, PC and handheld platforms as well as for mobile devices and social networks.