Starting out as a small Japanese company, Nintendo was founded by Fusajiro Yamauchi on September 1889. While the name Nintendo was popularly assumed to mean “leave your luck to heaven”, no historical records have come out to validate this. Since the handmade cards began to gain a lot of popularity, Yamauchi had to hire more people to help with the production of the cards. Although their first game console was later on introduced in 1985, it became an instant hit. Selling close to 60 million units, people brought games such as Zelda and Mario into their homes.

When Nintendo N-64 came out in 1996, it set new standards in 3D gaming. It was not only a thrilling showcase game but also excited millions of people with its astounding gameplay and graphics. During this time, people across America visited the closest electronic shops with the hope of securing Nintendo 64 so as to experience the games foray into 3D. Interestingly, even those who bought the system did not know what it would become. But since Super Mario 64 wasn’t the only standout, they’ve shifted through the whole back catalogue in an effort to identify the best N64 games 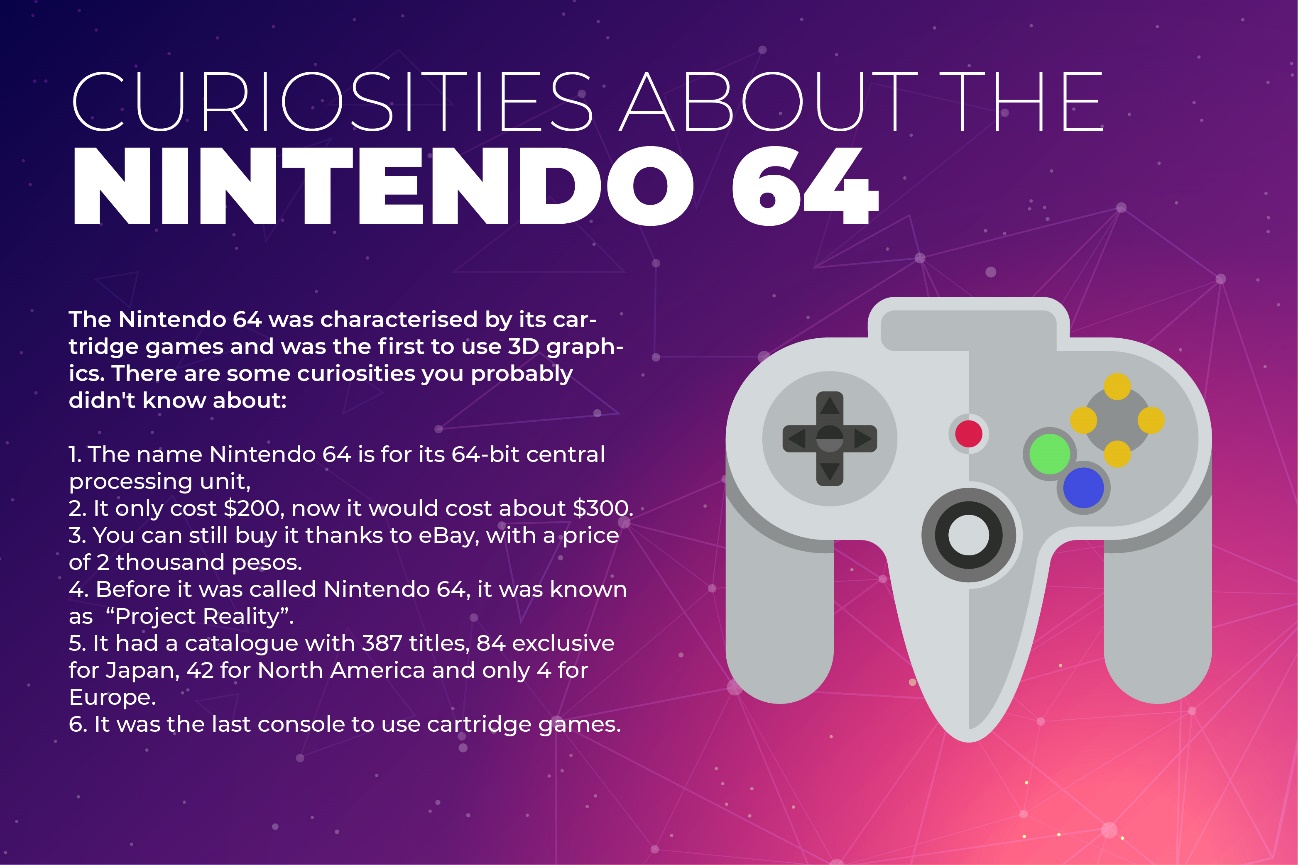 Some of the Best N64 games

Jet Force Gemini– This game still remains one of the most entertaining and unique experiences on the Nintendo 64. Created by Rare and published by Nintendo, Jet Force Gemini will set the gamers on an exciting sci-fi adventure. It combines the techniques of a third person, plat-forming, shooting, and running to produce one of the best end results. While playing in different levels, gamers will have access to different members of the team. Like many other games on this list, it features a head to head match against one another. As a player, you have the option of setting up your desired level, types of weapons and the skills that you need.

Winback– Winback is the only game where Nintendo 64 console gamers had their first taste of stealth action. It also helped them set the stage for many video games that followed. In this game, gamers assume the role of Jean-Luc Cougar. At a first glance, Winback may seem to be a complete rip off of the game Metal gear Solid. However, this is not the case.

Star Wars– When Star Wars was released in 1996, most players complained that they could not play well. However, as soon as they assume the role of Dash Rander they forgave the creators. Although bogged down by some camera issues, the third person shooting controls were quite easy to enjoy. Moreover, players will still have an opportunity to fight alongside Luke Skywalker, Han Solo, Lando Calrissian, and Chewbacca in an effort to help rescue the captured.

Star Fox 64– This is another game that took gamers to the skies.  Although most of game sees players navigating through the corridor mode, the levels were semi free roaming. Many of the levels also had two different ways to complete them.  The game also had alternate paths that open up once the player accomplisher certain objectives. As a fan of the game, you’ll be treated to an improved game play, massive graphics overhaul and an entertaining campaign.

What was your favorite N-64 game, most will say Goldeneye 007 is theirs I am finding.