Are you bored of playing “Circle of Death”  at every single party you’ve been to ? Do you feel frustrated about explaining the rules every single turn when someone asks what it is about? Are you looking for a party game that can withstand your drunk roommates? Then you should check out the review for “F Your Liver” card game, from Wood Eye Games LLC. 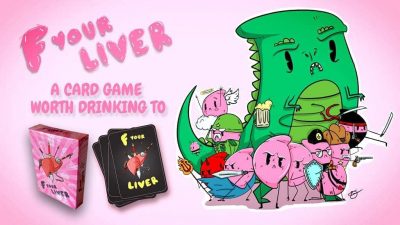 How to “F your liver”

Just to clarify, this is a drinking game. If you and your group are planning to “F your Liver”, please do it responsively, since this game can get everyone wasted in a blink of an eye. Although there are 54 unique cards in the deck, the rules are very clear and transparent. The game will start with the common ritual of every single card game, shuffling. The more you do, the better it is. Then, each player will take turns flipping the top card of the deck and do what it says. That is it. There is no need for a cheat sheet to remember, nor memorizing all the combinations. Each card comes with its own rule, and players will have to execute the action on it.

There are 6 different types of cards. In the Mini-game, players will compete against each other. The rules of these mini games are really short and well explained. The second type is a Role, which will give the active player some power to make other people drink. The role will stay active till the end of the game, so the longer the game, the more roles will come out. The third one is Curse – which targets the player who flipped it only. In contrast to Role, Curse gives a player some disadvantage throughout the game. Players who own Curse have to stay cautious all the time if they don’t want to drink. The next type is Action. Everyone will have to perform the action depicted on the card. Whoever does it last will drink. The next type is really straightforward, Drink. This is the fastest way for everyone to drink. Last but not least is the game-changer. These cards can modify the flow, or even change the rules of the game a little bit. 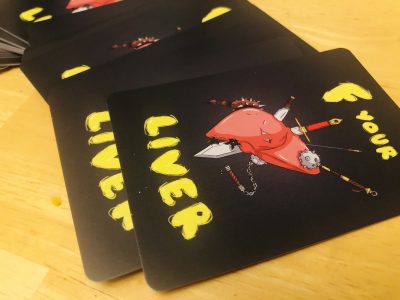 An approval from your liver ?

This is a tough question to answer, since it really depends on how tolerant your liver is. The most amazing thing about the game is the synergies among the cards. The card effect does not stop at the turn it was active. It carries on to the next few turns, or even to the end of the game. As the game progresses, the game will introduce more weird and fascinating combinations that you can never think of. Have you ever seen a T-Rex saluting ? How about a water buffalo T-Rex – who tries to drink with a non-dominant hand while being a T-Rex? These combinations will be challenging for people to keep track of them. Hence, they will end up getting wasted much faster. Moreover, this is a very innovative way to keep everyone engaged in the drinking game. Otherwise, people would have focused on their turn only.

When playing any games, the most annoying part is the rules. They have to be clear and easy to understand, so that people don’t get bored while someone explains them. They also have to be short for everyone to remember. The rules can become more challenging when people are not sober anymore. Fortunately, F Your Liver tackles this problem in a neat way. There is no rulebook in this game. As mentioned above, there is a piece of rule on every single card. As the game goes on, people just have to remember the newly introduced effects, without worrying about messing up with the rules. This really prevents the game from being too fiddly, especially when it progresses later on. This keeps the game flow going smoothly, without any awkward moments.

When you liver wants to de-livered ! 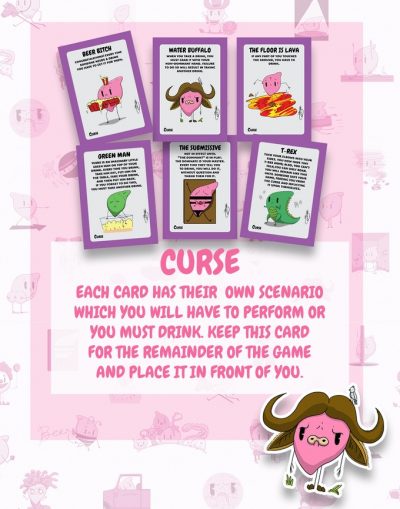 So far, I have introduced this game to multiple groups with different backgrounds and drinking habits. Everyone loves the game. However, they all share the same concern: the game escalates too fast. In other words, it is really hard to finish the game and still stay sober. The longest streak that we could do was finishing the game with 11 cards left. There was not a single turn that no one drank. The cards have an amazing system that somehow can make players drink repeatedly. I am well aware it did what it was made for, but it was too good at it. The synergies from the cards, the combinations of all the effects, blend in so well together. Even when we used water, we also consumed a lot of liquid in less than one game.

Last words for your liver

F Your Liver is one of the best drinking games that I enjoyed. The game is simple, and easy to learn for everyone, even non-board gamers. The best part is the card can even withstand the liquor spill as well. It is not a one-time play but a long term investment for you and your party crew. This game really lives up to its name, screw up your liver. So be careful with your liquor consumption and drink responsibly. Have fun being called Mr./Mrs. President while being drunk !