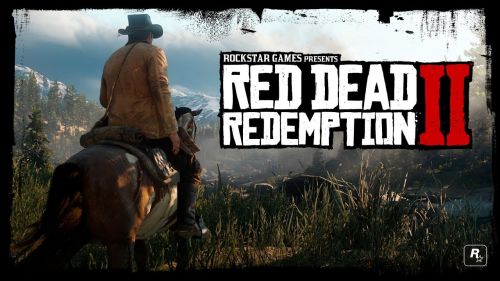 Rockstar Games is known for being a company that refuses to just pump out game after game year after. Something that not too many video game companies tend to do. It seems to me that video games, in general, have lost their art form. Taking the time to make a game is something that appears to be lost nowadays.  However, Rockstar has been one of a few companies that understand that patience is a virtue and that delays are not a bad thing. Yes, I am very aware of the reported 100 hour work weeks that my fellow journalist Jason Schreier reported at Kotaku back in October in the final year of the game’s development. This is something I am very much against. Forcing your developers to overwork themselves is something I cannot help but mention in this review. Sure, the end result was incredible, but if it meant further delaying the game another year so that these people that work ever so hard on games we truly love, then so be it. I’d much rather wait longer for a game to release if it means people can work a normal schedule.

Red Dead Redemption was truly a marvel of a game when it was released eight years ago. As a huge fan of Westerns, I was thoroughly pleased with just how amazing of a job Rockstar did with creating a very authentic feel of the Wild West. Fast forward to 2016 when Rockstar Games announced the very first teaser for Red Dead Redemption 2. A game that a lot of my fellow gamers have been hoping for was finally announced. The sheer anticipation alone seemed like forever, but now it is finally in our hands and let me tell you, it most definitely does not disappoint.

One of the first things you will notice when starting out is just how insanely beautiful this game is. Sure, there are some pretty beautiful games out there right now such as Assassins Creed Odyssey, but this game does it so much better. So much so that the game starts you off in the mountains in the extreme cold and snow, everywhere which makes for the perfect setting to show off the game’s incredibly detailed environment. You can see the snow being pushed by your feet and your horse’s tracks. If you look closely you can even see the glimmer of the snow being reflected off the moon’s incredible light which you can also see in between the tall trees of the very lavish forest surrounding you and your gang. The beauty of Red Dead 2’s surroundings makes for a character in itself as you will find yourself from time to time stopping to take in each and every aspect of the game’s many different cities and towns. The weather patterns are a true delight to see with my favorite being the thunderstorms. Seeing the rain drip off of the main protagonist Arthur Morgan’s hat and clothing is something I’ve never really seen done well in any other game I’ve played. Watching your horse trot through the mud and kick back the dirt is right there and looks so well in beautiful 4K and even looks amazing on 720 and 1080 screens.

This game has you playing as Arthur Morgan, one of the main member of the Van Der Linde Gang led by none other than Dutch van Der Linde himself. Being a prequel to the very first Red Dead game, this tells the story of how the events came to pass leading up to the beginning of the first game and seeing those events from Arthur’s side. The first game made little to no mention of his character however, you will learn more about other characters from the first game such as Dutch, Bill Williamson, and Red Dead Redemption’s first protagonist, John Marston. One of the game’s new mechanics introduced is the “Gang Camp” system. Arthur will find his main hub the gang’s camp, which changes locations throughout the game, provides a bunch of new gameplay aspects such as being able to donate funds to the camp to make upgrades such as better quality and quantity of food to upgrading Arthur’s tent to fast travel. Hunting has been improved upon by being able to track the scent of your prey and use different types of bait to find animals and kill them for their meat as well as their pelts which can be brought back to Pearson, the gang’s personal butcher, to help provide food for the gang to enjoy as well as using pelts to upgrade Arthur’s satchel to hold more items as well as other cosmetic upgrades for the camp. Much like the first game, you can change Arthur’s clothes and even use pelts found from skinning legendary animals then taking them to the trapper and making special outfits.

There is so much to do in the world of Red Dead Redemption 2. From visiting a theater and watching old slideshow movies that are akin to something out of Monty Python to visiting actual stage shows and seeing fireeaters. You can even go to a stable and purchase a new horse or find one out in the wild by using your lasso and breaking one in to add it to your stable. Horses are now able to be leveled up by simply using the same horse and increasing your bond with them. Ceratin towns such as Valentine have a stable you can take your horse to and purchase upgrades like a new saddle, stirrups, blankets for your horse as well as even being able to make cosmetic changes to the way your horse looks by allowing you to change the color, length, and style of your horse’s mane and tail truly giving players the ability to make your horse your own.

What Wild West game would be complete without the ability to rob for money. Robberies will be one of your main ways of making money in West Elizabeth and just about every store and homestead is available to be robbed. Sometimes your fellow gang members will have missions that allow you to go out with them to commit such crimes and even having different choices of approaching how to rob them. For instance, Bill wanted me to go rob a home with him and help steal a family’s stagecoach. I was presented with the option of either doing it during the day and having Bill distract the family or doing it right then, at night, by sneaking into the home and stealing their goods. I decided to choose the latter and was able to get away much more easily than I would’ve at night. Giving the player choices, especially during a mission, takes away from missions seeming too linear and is something I absolutely love when no two players are going to have the exact same experience.

Which leads me to my next point. The absolute randomness of the game and the characters that surround this living world. Sure, the game does have fast travel which can only be accessed at your camp, but I have found myself not really using it considering just how often I find myself into some sort of situation that the game’s non-player characters have put me in. This makes no one trip the same from another. Often times I’ll be ambushed by a rival gang out of nowhere or have a character begging for me to help with out of a bear trap. The game uses a context-sensitive means of interacting with npc’s by way of a very non-traditional approach. When I first played I expected the Left Trigger to be aiming with my weapon, however, this is not the case. Arthur can unholster his weapon with the Right Trigger and yes, aim with LT, however, LT is used for interacting with characters when your weapon is holstered and allows you to decide to greet characters, antagonize them or make certain choices while they are speaking to you. Such as when a gang ambushes you if you press LT you can decide to surrender and let them rob you or you can press LT and antagonize them and pull out your weapon and let them have it. This is also how you hold up shops and even rob trains. The pure random encounters in this game from numerous strangers make for some rather interesting and sometimes very comedic scenes that just purely happen and to me, that is one of the major things this game does ever so well and it doesn’t feel scripted or forced in any way. You’ll find yourself constantly surprised by the number of things you will encounter in this game.

Survival is key in Red Dead 2 in the form of Health, Stamina and Dead Eye Cores. Cores add a new gameplay element. The outer circle defines just how much you have of each while the inner of each core depends on how fast each regenerates. Eating food and resting are extremely important in the game and the same goes for your horse as well. Making sure you take time to keep your horse clean as to not drain stamina as well as feeding them to make sure they are healthy. All of this is very important to make sure you are properly ready to take on any missions as not being well cared for can cause Arthur to not be well conditioned for a fight. Gunplay in the game is done very well and once again is very seamless much like the last game. Dead Eye makes its return again and is a lot smoother than before. You can also level up your health, stamina and dead eye by simply just playing the game as well as having certain clothing items equipped or even crafting talismans out of some of the legendary pelts you find.

There is so much more I could say about just how truly marvelous Red Dead Redemption 2 is. This is the game I have been waiting almost a decade for and absolutely does not disappoint in any way. When trying to find something wrong with this game I just can’t find anything bad to say about it. After playing well over 72 hours of the game I am still not finished with the main story or even explored all that this map has to offer. The release of Red Dead Online coming this month will add even more time and hours to the game if anything that Grand Theft Auto V has given us gamers will be playing this game for years and years to come. Rockstar Games has not just given us a masterpiece or game of the year. This is truly this generations masterpiece and will be tough for any game to be able to contend with in the future.