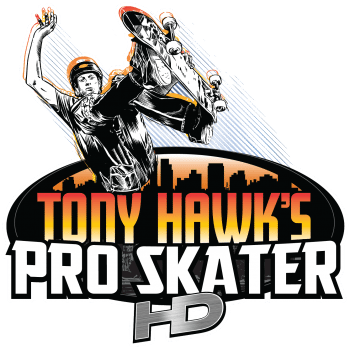 It’s been a long time since anyone has really come out with a great skateboarding game. Sure there have been games such as the “Skate” franchise, but never has a series such as “Tony Hawk” really made an impact on the skateboarding genre of games. However, this series hasn’t had a shining moment in quite some time….until now.

Tony Hawk’s Pro Skater HD gives players the one thing most HD remakes aim for, which is make players nostalgic, and this game accomplishes just that. The gameplay is still what you love and know most about the original THPS. However, this time around you are given the ability to do a manual which was something you were not able to do in the original. Reasons for this are that in this version there aren’t just levels from the original THPS, but there are also levels from THPS2 as well, and that’s where the manual was introduced.

The levels themselves in HD look beautiful. The warehouse level and hangar level from THPS2 are two of my favorite levels from the series and they both were given a fresh coat of paint. Much is the same with other levels such as School 2, Venice Beach, Downhill Jam, and a couple more that look amazing in high definition. Character models this time around are also very impressive and definitely give this game the feeling that it was never even a remake at all.

There are many different types of modes this time around. Career mode is just as it was in the original games. You get two minutes to skate around trying to perform as many objectives as possible. You also have free skate mode where you can skate around for as long as you like so you can get a feel of the levels. There is a new mode called “Hawkman” (like PacMan) that has you simply trying to collect pellets that, depending on the color, will have you either grinding, performing a manual or flying through the air to collect them. The online multiplayer also breathes some fresh life into this game giving players the ability to free skate as well as a few other online modes that are not found in the single player game.

All-in-all THPSHD gets everything right even down to some of the original music that was in the games themselves. If you are a fan of the original THPS games then this is definitely a must buy for you. Even if you have never played a skateboarding game, be sure to at least give the demo a try. And as always please let me know what you thought of the game!