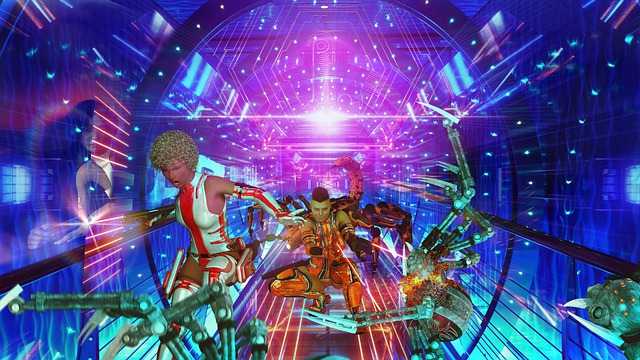 They say that change is the only constant, and nowhere does this statement ring truer than in the world of video gaming. The landscape of video gaming today looks extraordinarily different to that of the 1980s – unrecognizable, in fact. Software developers have always been quick off the mark when it comes to taking advantage of new technologies and coming up with ever more exciting concepts for gamers to get their teeth into.

Today, we’re going to honor these masters of modernization by taking a look at the top 10 gaming innovations (in no particular order) that have changed the face of gaming for the better.

Where would we be without the smartphone? We run our entire lives from the palm of our hands, so it wasn’t surprising when mobile gaming landed. When software developers developed games compatible with mobile devices, they opened the door to a much bigger audience. Thanks to mobile gaming, we can access any one of the Canadian real money casinos at https://new-casino.ca/ , for example, and play online poker while we’re waiting for a bus. Or we can play social gaming word games with our friends during a work break. We can even play full-on MMO games from wherever we happen to be.

Mobile gaming has given us the freedom to game-on-the-go, and we love it. And cloud technology allows us to access games from the cloud rather than download them onto our device. By doing this, we save precious space on our mobiles and we don’t have to play the light version. Obviously, you need high-speed internet to get the full benefits from using the cloud to access games, but 5G will solve that issue.

Whether you’re playing video games on your mobile device, your laptop, or your favorite gaming console, you’ll undoubtedly appreciate the fact that the graphics have come a long way since Boulder Dash and Pac Man. Games these days feature hyper-realistic imagery and incredibly detailed scenery. Entering a game now is an out-of-this-world experience. And thanks to high definition, 4K TVs and laptops, we get to experience a video game in all it’s gorgeous glory.

Next on the cards are games that will be able to use a 3D camera to read the expressions on our faces while we’re playing. This could mean that if you’re looking miserable, the game could automatically become easier or vice-versa. That same 3D camera also allows for gesture control, which means we can control the movements of our character with a wave of the hand or a nod of the head.

Augmented reality has brought gaming out of our laptops, mobiles, and consoles and into our living rooms. Remember the Pokémon Go craze that gripped a global audience? Well, that was thanks to the wonder of augmented reality technology. AR gives software developers the chance to make games that intertwine with our surroundings, and as gamers, we love the fact that these games are taking on a whole new dimension.

Virtual reality takes this up a notch by giving us the chance to actually enter a game world and play a game from a first-person point of view like never before. It’s taken a while for VR headsets to become an affordable, mainstream piece of tech. Now that they’re on the market, get ready for a whole new generation of games.

Wearable tech has, thus far, been mainly associated with the fitness industry. However, gaming companies are now finding ways to incorporate the use of smartwatches and smartglasses into gameplay. The VR headset is a wearable piece of tech, but at this stage it’s bulky and conspicuous – you wouldn’t want to walk around town wearing it. Smartglasses, on the other hand, are light and comfortable and allow for inconspicuous, AR, mobile gaming.