These Superheroes Made the Most Money at the Box Office

From bringing justice to those in unfortunate circumstances, to (almost) always wearing spandex, superheroes have a charm, wit, and strength most people look up to. But, with so many superheroes across the Marvel and DC universes, which one has the power to make the most money at the box office?

The experts at OnBuy Movies sought to find that out by compiling a list of the most popular superheroes and adding up the box office earnings they’ve made from all their movies. 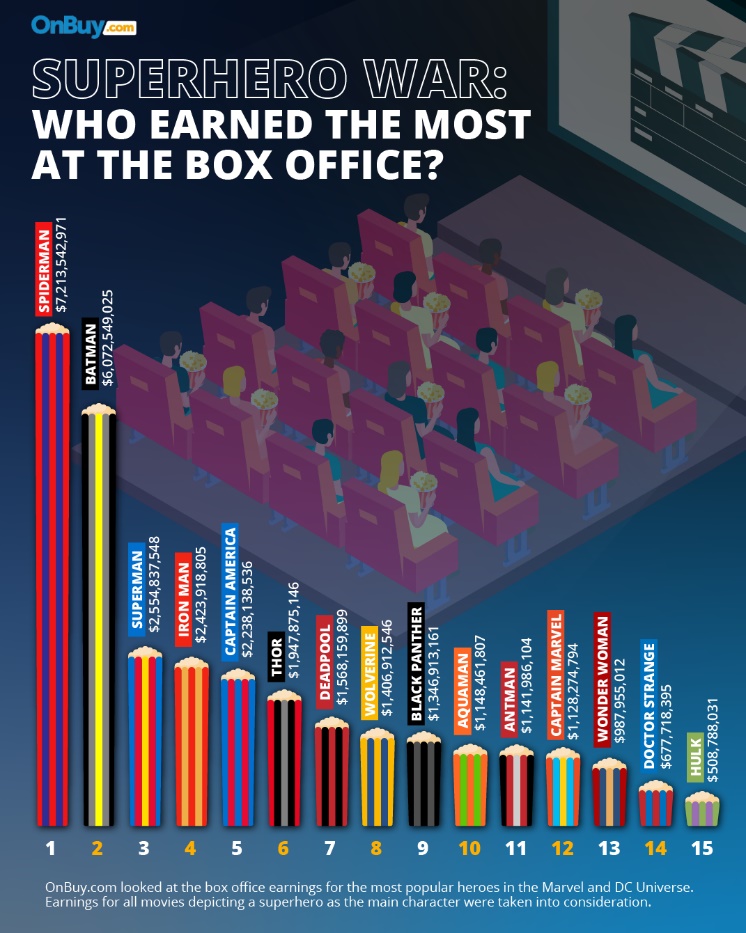 Who wins the fight in the box office money battle?

The superhero that has made the most money at the box office is none other than Spider-Man, or how his aunt knows him, Peter Parker, with nine movies made with the only lovable arthropod in the world.

In fact, the freelance photographer with a passion for climbing walls and covering the city in spider webs, has made a whopping $7,213,542,971 at the box office.

In second place, we have the American playboy and philanthropist Elon M… Batman! All the Batman related movies and series have made an impressive $6,072,549,025 at the box office.

In third place we have one of the strongest men in the Universe, and we’re not talking about The Rock. Superman flies in third place, fabulously rocking that tight suit and fists of steel that earned him $2,554,837,548 at the movies.

Included in the top 15 Superheroes that have made the most money at the box office are: 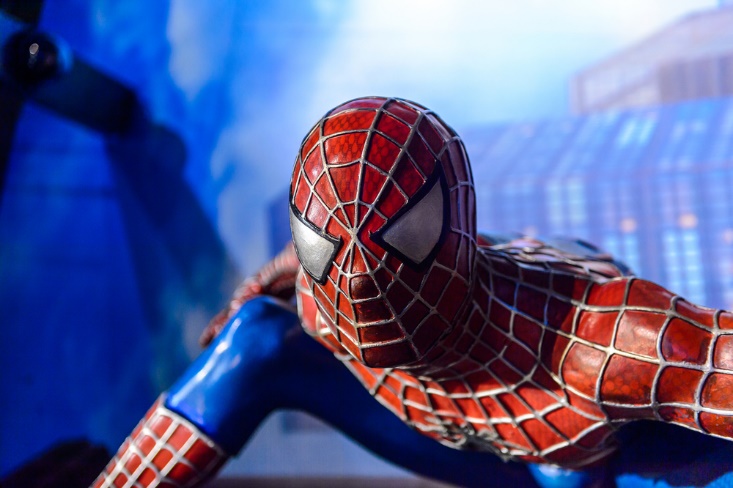 When it comes to the superheroes earning the LEAST money at the box office, in third place we have none other than Wonder Woman, whose movies made only $987,955,012.

OnBuy Movies looked at the box office earnings for the most popular heroes in the Marvel and DC Universes. Earnings for all movies depicting the character as the main superhero were taken into consideration; this means it does not include their appearance in mega-event Superhero team-up movies (e.g., Avengers, Justice League etc.). All figures were extracted from Wikipedia. For a list of all films included, please get in touch.