Today for review I’ve got a 5 Port Smart USB charger by Tronsmart. Tronsmart basically focuses on TV tuners and sticks but have a few accessories in their line of products as well and the 5 port USB charger is also part of their lineup. Even though I have around 8-9 sockets in my house, with multiple inputs, this charger has made life much easier.

Most of the sockets in our home is filled with CPU/Monitor/LCD/Fridge and stuff and most of them have UK adapter which leaves only a little space on the sockets leaving a few ports unusable. But having a charger with 5 USB ports for charging for the price of one UK plug was a great deal.

Unboxing:
Before getting into the performance let’s have a look into the packaging of the charger. We get the charger in a very small box in white color with the company logo and product title written on the top. 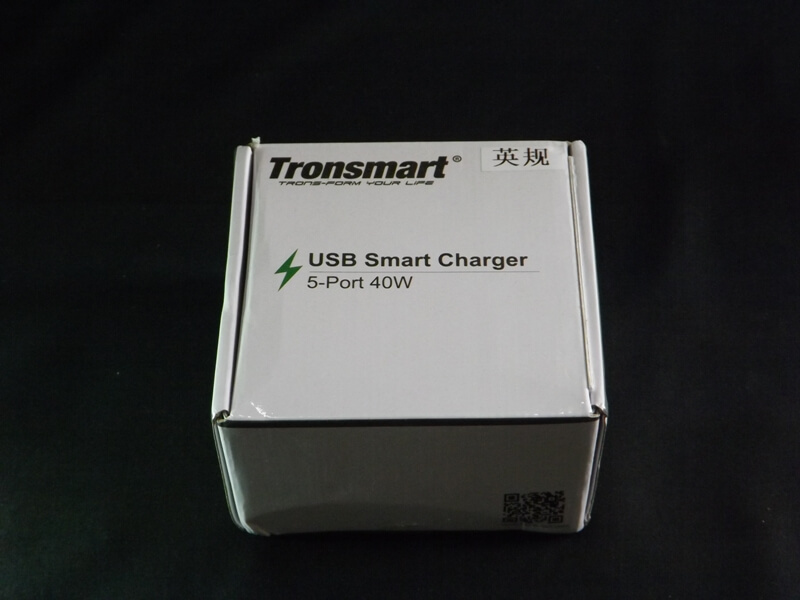 Then we’ve got the Tronsmart logo again on left side while the specifications of the charger on the right side of the box. 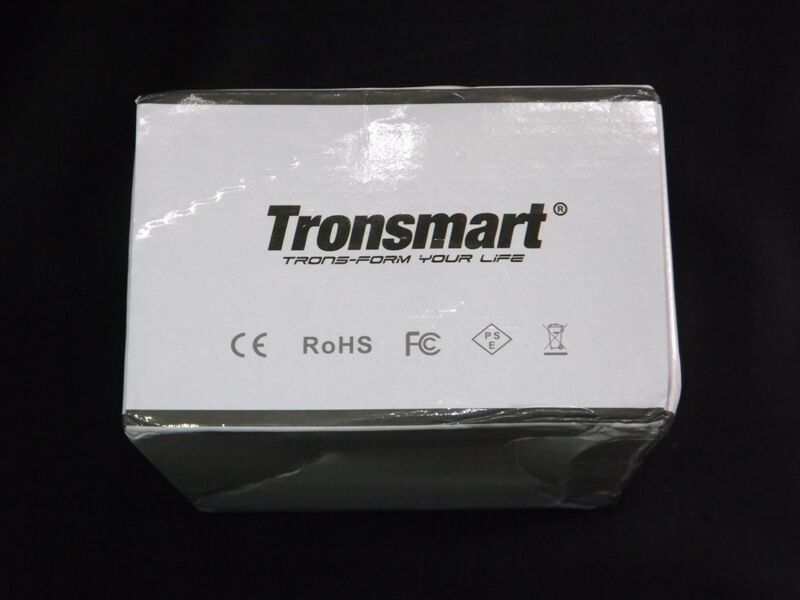 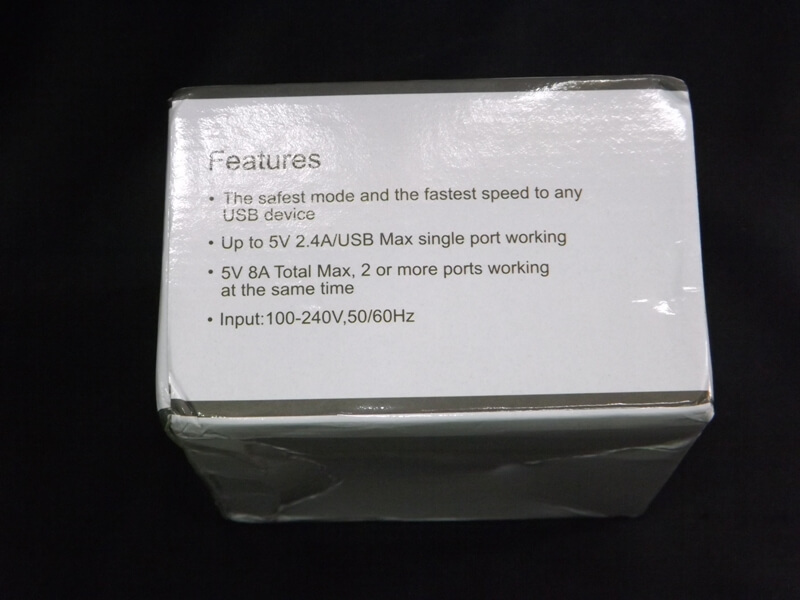 Inside we have the UK power cord for the charger, the instruction manual and the charger itself. On a side note, Tronsmart ships the charger with UK/US/EU power cord based on what you need. The power cord is almost 2 or 2.5 meter long, that’s just an estimation, not that I’ve measured it with something, but it’s long enough that I can have the charger plugged into my devices and have them using laying on the bed with ease. 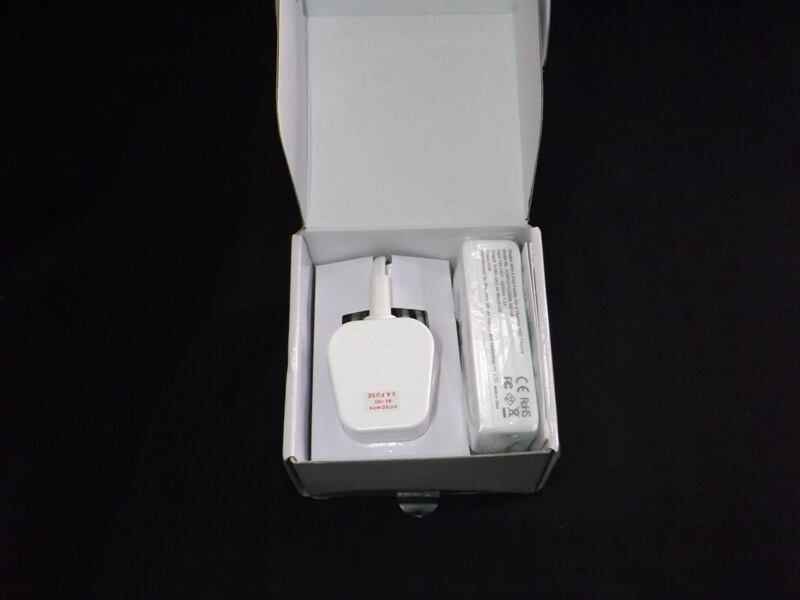 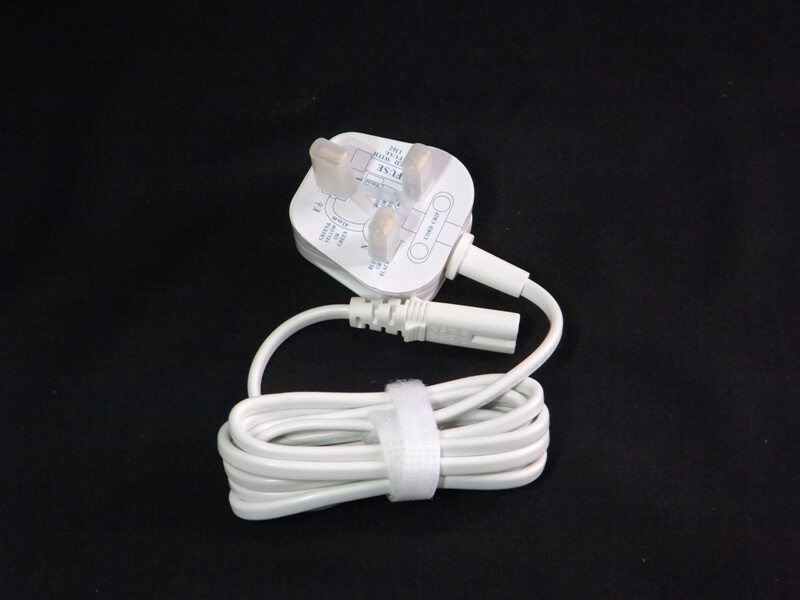 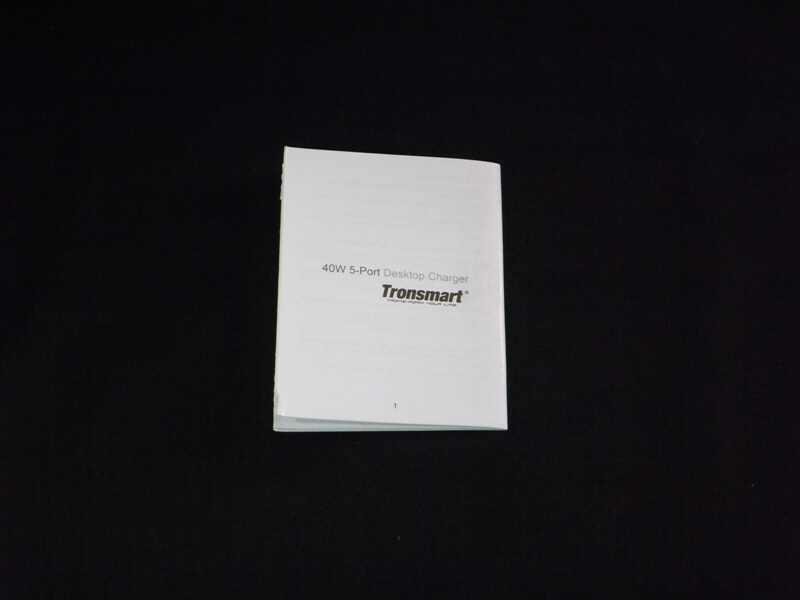 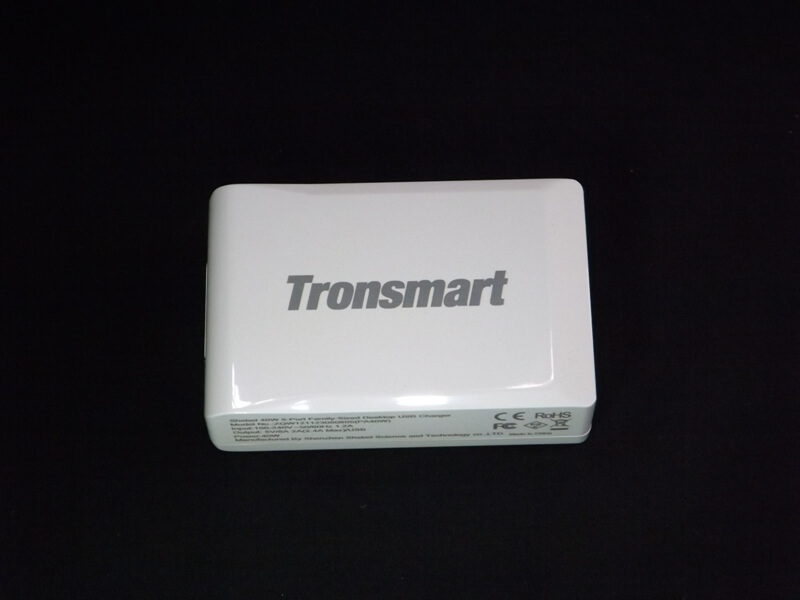 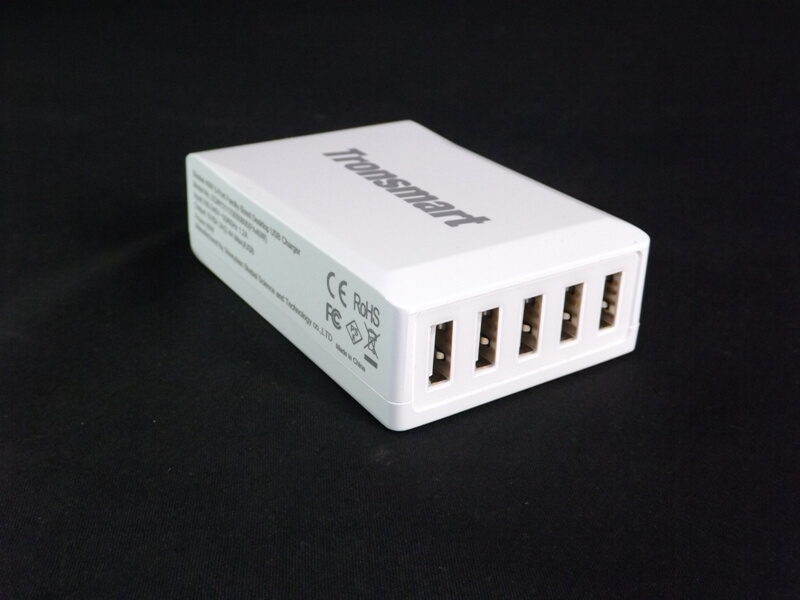 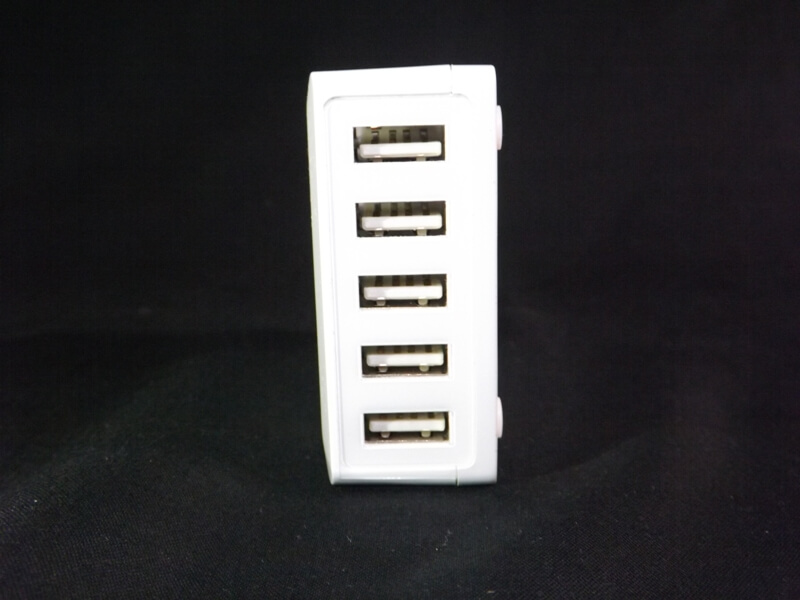 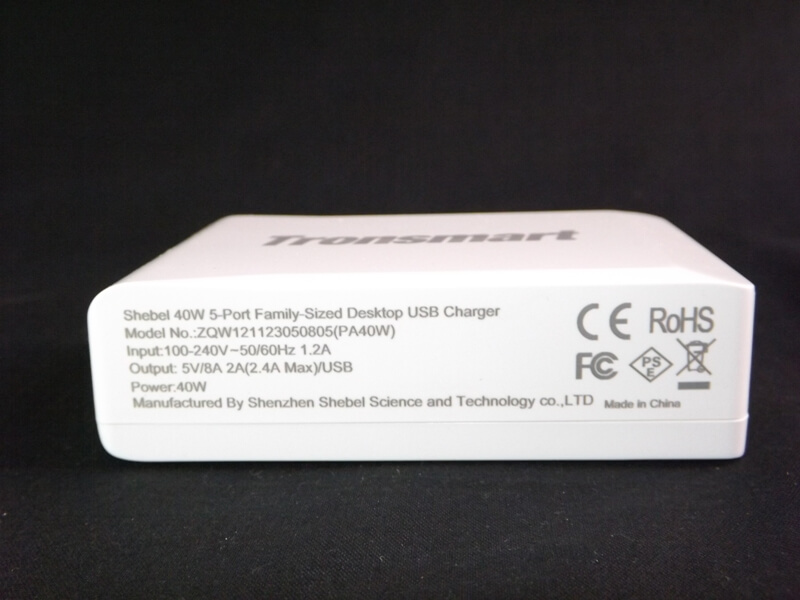 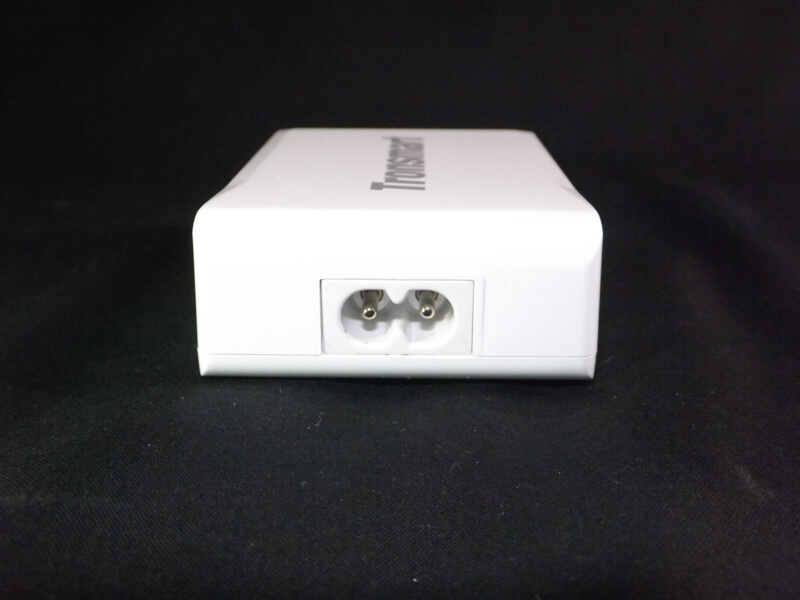 VoltIQ Technology:
The Tronsmart Smart Charger also make uses of their VoltIQ technology, that identifies the power needed for the connected device and provide the power according to the device’s need. This was a great move by Tronsmart, as we usually see chargers with 2 ports marked for Smartphones, while other 2 ports for other devices and vice verse, which now we no longer need to trouble ourselves anymore anymore. Also on a side note, the charger provides a max of 8A, while it can be maxed around 2.4A on each port which is more than enough for the basic Smartphones/tablets/other chargeable gadgets.

Performance:
Regarding the performance, I won’t really say I that I was surprised by it, but it had more than acceptable result for me. The device I had connected to the charger didn’t really see that much of a decrease in the charging time, though this can be because of the devices themselves as they are not from some top brands like Apple or Samsung, but by local company that’s taken a huge name over here (though I personally don’t like them). Firstly I had one of my normal phone charge solely and it took around 2 hours to charge, while the charger that came with it would take 2:30 hour minimum to charge the phone completely. Next I did the same with one of the Smartphone, and pretty much saw the same result. Then I plugged in 2 Smartphones and 1 phone all together in the charger. One of the Smartphone was charged in around 1:45 hours which would clearly take around 2:30 hours to charge completely while the other Smartphone and the normal phone charged in around 2 hours which usually takes 2:30 hours at minimum.

Conclusion:
All and all the charger saved me a few sockets for other things and also decreased the charging time for the devices by a little. The compact design of the charger is a great plus as it’s about 3/5 of my palm size, which make it really easy to move here and there. The power chord was more than long enough for my need. 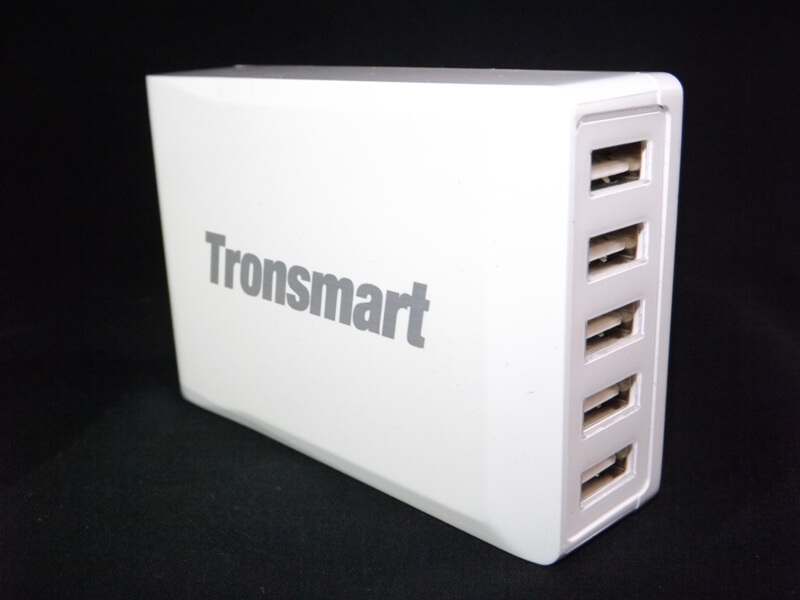 That increase in the performance is more than acceptable for me, as it’s better than having nothing. Unfortunately I was unable to test any Apple or other Top Brand devices which were mentioned in the Tronsmart charging table to make a more precise conclusion, but as far as it goes for the android devices, I did saw a decrease in the charging time. I would’ve given the charger a full 5 star only if had LED indicators telling which port is plugged in correctly/charging device properly. This might not really be the best reason for decreasing 0.5 star but that’s just what I felt. Only if it had LED indicators that would show me that my device is charging when they’re dead (completely empty) and I wouldn’t have to wait to see that my device is charging, that would be great.