Peeker’s advantage is one of the more complicated and divisive tactics in VALORANT.

But, before anything else, what is peeker’s advantage? Peeker’s advantage is a blanket term used to describe the edge that players peeking around corners hold over players holding the same angle. But, if you ask Riot, it’s the “relationship between the peeker’s reaction time and the maximum time for the holder to react before they’re killed.”

In a nutshell, it’s named so because players who peek hold a slight but impactful advantage over opponents holding the angle. Because of this, holders have less time to react and fire a shot compared to another player who’s peeking towards the same angle. As a result, a peeker’s shot is given priority by the game’s servers compared to the angle holder’s even though the holder of the angle should be the one at an advantage.

Does Peeker’s Advantage exist in VALORANT? 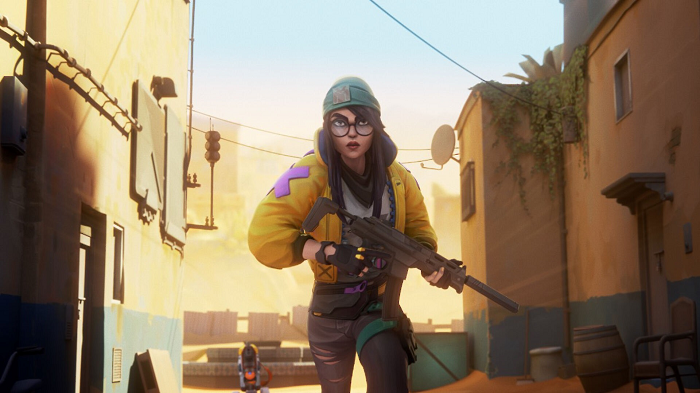 Yes. It’s unfortunate, but peeker’s advantage exists in any online shooter because it relies on an internet connection.

Interestingly enough, the term might not be 100% accurate. It’s not that the peeker’s ping is important; rather, it’s that of the defender and holder. According to Riot Games’ Staff Software Engineer, Matt deWet, “sever processing of any shots that the peeker fires is delayed by the same amount as their movement.” Because of this, if the peeker has high ping, their movements will register late and so will their shots as well as the subsequent damage that it does. This doesn’t change how much time a target has to react to getting shot.

Is angle-holding useless in VALORANT?

If angle holders are at a disadvantage, does this mean that holding angles is not as useful in VALORANT? Not necessarily. In every scenario, holding an angle is still a better way to surprise enemy players and line them up in your sights, hopefully for a kill. This split-second advantage of being ready to see and shoot enemies first can help guarantee that you’ll come out on top of a trade.

Of course, peeker’s advantage is still a thing in VALORANT, it’s just not as pronounced as in other shooters. When you’re holding angles, don’t stand still. Constantly jiggle by moving left and right as well as counter-strafing.

Will you be better in VALORANT if you play with high ping?

Not really. Low latency is superior in 99% of cases. Your player actions are sent to the game’s server much faster if you have lower latency compared to an opponent with higher latency. The only problem is that high ping is “better” if you want to abuse peeker’s advantage. This is what’s known as lag switches or asymmetric lag, which Riot describes as a situation where you have “high latency up to the server, low latency down to the client.” In this case, you’ll have more of a peek advantage as a high-ping player over your low-ping opponents.

Riot admits that this is partly their fault. The studio has confirmed that it needs to do a better job to “further optimize routing to our game servers.”

Is peeker’s advantage bad for gameplay? 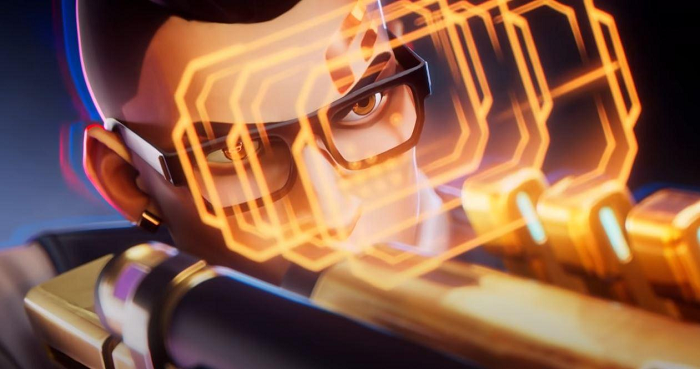 This is where things get interesting. There’s a group of players that believe that peeker’s advantage isn’t a bad thing.

A good example is Jonathan “EliGE” Jablonowski, who plays Counter-Strike: Global Offensive professionally for Team Liquid. While streaming VALORANT, the Rifler explained that eliminating peeker’s advantage isn’t “even possible”. EliGE describes it as a “pusher’s advantage” and that the community doesn’t understand it at all.

EliGE adds pushing players often has a peeker’s advantage because they’re moving and have pre-aimed on a specific spot. Finally, EliGE believes peeker’s advantage is just an excuse people use when they get “peeked and destroyed” when they’re holding an angle instead.

EliGE’s reasoning isn’t necessarily wrong and it’s unreasonable to blame everything on a slight ping difference.

How to counter peeker’s advantage in VALORANT

90-degree or perpendicular angles are when your line of sight is held directly when or where your opponent will peak. This is a bad angle to hold since this makes the peeker seem “faster” because they are moving horizontally on your sight. Also, while holding this position, your options are limited while your opponent has multiple peeks available. Although it’s still possible to land kills doing this angle, it’s best to hold angles from “corner to corner.”

Peekers/attackers will usually pre-aim at certain angles and positions when they’re pushing. The best way to combat this is to put yourself in an unusual spot that lets you take advantage of off angles. This might mean that you’ll have less cover than usual but you’ll get the jump on your enemies since they’ll have to adjust their aim to shoot at you while you’ve already fixed your sights on them.

What is Riot doing to combat peeker’s advantage in VALORANT?

Since peeker’s advantage is more of a netcode and latency issue, Riot is doing a lot to try and minimize the problem. Here’s a quick summary of what Riot has done to address the often-unwelcome feature:

Is it possible to eliminate the peeker’s advantage?

Maybe, Riot and other developers will find a way to remove the so-called peeker’s advantage when playing online in the future. In the meantime, the best solution is to play in a LAN event where ping disparity is not an issue.

Peeker’s advantage is real in any shooter, including VALORANT. The best way to “combat” peeker’s advantage and use it is to learn the right angles. Experiment with positions and angles to hold as well as where to pre-aim so you’ll always stay at least one step (or bullet) ahead of your opponents.

And if you ever need more Valorant Points to get cool skins and weapons, head over to OffGamers and get some Valorant Gift Cards here!