There are so many ways to make your blog better! Here are six of my own, but they’re just the tip of the iceberg. Keep working at it! Blogging is a process. You’ll get there in the end.

2017 is almost upon us. That means celebrations, good times and a whole host of new opportunities to make our blogs even better than they were before. In truth, I’m not sure which of those three things excites me most. Wait, of course, I am! How to blog better is way more important than my family (just kidding! I think?).

So what should you be focusing on in 2017 to make your blog better, cooler and more widely read? That’s what we’re going to look at today. So, grab your eggnog, ignore your family and let’s get cracking, shall we?

Is your blog mobile compatible?

Okay, this is really something that you should have been focusing on for 2016, maybe even 2015, but just in case you’ve been staring at the ceiling and humming for the last two years, let me remind you again. Your blog needs to be mobile compatible.

After all, nowadays more people use mobile telephony (how old am I?) to access the internet than they use desktops.

So, go check out Google’s ‘mobile friendly’ website and see whether your website makes the grade. If it does not, it’s high time you kick it up a notch and don’t leave the majority of internet users lying by the wayside, don’t you think?

Do you know what the basis of all social interaction is with people you don’t really know? No, not love. Reciprocity. If you want somebody to keep coming back to your blog, give them some love! When they like a whole bunch of the things you publish on your website, or they comment on something you’ve done or in some other way make their love clear, don’t leave them hanging.

Give it back to them. Comment on their comment. Send them a personal message of approval and in other ways make it clear that what they’ve done has been noticed and appreciated.

In this way, you’ll enhance the chance significantly that they’ll do it again. What’s more, when other people see that you respond (and that people are commenting) they’ll be far more likely to join in on the fun as well. That’s how you’ll create a community and followership.

Update everything (And get rid of plugins you don’t use)

The only way to protect yourself from these mistakes is to update your website, your plugins and whatever other software you’re using.

Don’t just look at the stuff that you’re actively using, either. Check everything! If you’ve got any plugins that you aren’t actually using but are still installed, those too can serve as gateways into your website. So, either update them or uninstall them (as an extra bonus, uninstalling them will make your site faster).

Don’t leave the older content to rot! That’s just a shame. Instead, take that content that is still getting visited and still getting attention and make it better. 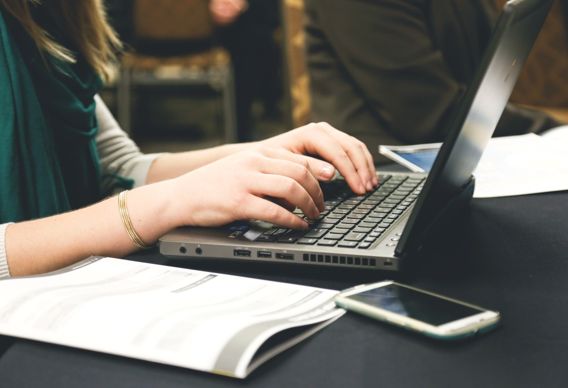 If you haven’t looked at it for a few months, that’s often a very easy thing to do, especially with Paperwriting.reviews. Just apply some of the new things you’ve learned, put in a few more links that you’ve discovered and in other ways edit what’s there. This will serve to make the content better, that constant trickle of visitors to the site more impressed and will even make you rank more highly in Google.

Try out a new platform

Blogging isn’t just about putting great content on the web. It’s also about putting it in front of the people who might actually be interested. For this latter part, you need to constantly be putting your content out there.

Now, you can use the tried and true paths. The only problem with that is that everybody knows about them. That means that the competition is intense.

So why not try something new? There are a ton of new platforms being launched all the time that are desperate for content and users. As the vast majority has no cost associated with them, you can try it at only a little investment of your time.

Sure, many won’t get you that much traffic. But occasionally you’ll find one that is perfectly positioned for what you’re doing and eager to get more content. One of these sites can then get you hundreds if not thousands of new readers just for posting a link!

So go ahead, try out a few of the new sites, make the owners happy and possibly find another fantastic stream of traffic to boost your blog to the next level.

If you’re not collecting data on who visits your site, where they’re coming from if they’re bouncing and what content they’re the most likely to stick around on, you’re missing out. This is invaluable information, which will put you in a position to not just write into the darkness, but actually give your users what they want.

And that’s the best way to make sure that they keep coming back and make your blog turn from a personal project into something that actually gets widely consumed (and actually might offer you a way to make your living!).

So don’t just pay attention to the vanity numbers. Don’t just look at how many visitors you’ve got. Instead, learn to understand all the other statistics as well, like their dwell time, the pages per visitor and what landing page is drawing them deeper into your site.

Then you’ll be able to use that information to create more informed (And more interesting) articles.

Blogging is a process. Unless you’ve done it a lot before, when you’re just starting out you won’t know what will work and what won’t. You have a lot to learn and a lot of new things that you need to wrap your head around.

That’s why often when you get started, your blogging will disappoint. People won’t show up in huge numbers to consume your content and push you up to blogging infamy.

That is also why you shouldn’t be too disappointed when that happens. Because as long as you keep learning and improving yourself, the chance that it will happen somewhere in the future will keep increasing. So keep at it. You’ll get there eventually.