We bring you a new batch of entertaining streamers that I came across over the past week in my calls for interview.  I am constantly visiting and meeting new streamers to see how they entertain their audiences while also gaming and entertaining themselves.  I enjoy streamers that don’t just show a game for the sake of gameplay but also engage with their audience and use an on-stream persona or simply connect with viewers.  Again we feature streamers who game and stream from gaming PC’s, PlayStation 4 consoles, Xbox One Consoles, or even Nintendo Switch streamers and we feature Twitch, YouTube, Caffeine, Facebook Gaming or Dlive streamers though we have never featured a Dlive or Caffeine streamer yet.  If you want to be included in a future interview roundup or you know a streamer we should reach out to and include let us know in the comments.  Now is the time to start a streaming channel if you are homebound, love gaming and have decent internet, let your geek shine and even if you are an introvert and shy to be on camera, you can use on stream avatars instead of having your own face on camera if you prefer, or simply stream without any webcam at all.

Now on to this week’s streamers: 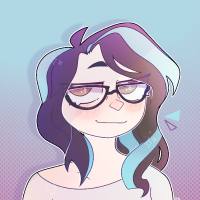 AimingLikeThePotato (Shortly ALT), came to be when she realized she couldn’t hit anything with her horrendous aim. She aimed like a potato and she accepted her destiny, so she became AimingLikeThePotato. ALT is very awkward, yet random. You never know what she will say or do. She may seem quiet but in fact, she has very much to say. She is just too awkward to initiate a conversation. She suffers from memory issues, dyslexia and focus issues, she also has bad eyesight but it hasn’t slowed her down yet. She has been alone most of her life, she has carried depression with her from a very young age. She knows how it feels to be left behind. She knows the feeling of incredible loneliness within, even when surrounded by others. She hopes no one ever has to go through what she has – and for those who have she’s there to offer her support through the hard times, as she knows what that’s like. She hopes that she can brighten your darkness with her small bling of light. You could say she’s like herpes, once you get her she’s with you for life. She wants to connect the missing pieces of her life. She wants to meet different people. She wants to create a normal, healthy and friendly community around herself – open to everyone. New companionship to last a lifetime. She doesn’t appreciate bullying but she isn’t the type of person to censor negativity either. In her mind everyone has the right to say what they want… but should they do it? Sometimes silence is bliss, not everything need be said aloud. Bad things can happen and that is what friends are for… that is what ALT is for. Even if she cant always be happy, she tries to make everyone else happy.
You can find ALT-P on Twitch
Watch live video from aiminglikethepotato on Twitch 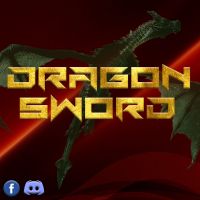 Hey everyone! My name is Dragon Sword and I’m here to just give a little bit of info about myself. I was someone, like most people, who struggled with depression and a bully victim. It wasn’t till high school till I came across a YouTuber who became my inspiration. I watched his videos for hours on end and one day wanted to become like him who made me laugh, smile, and forget about my problems in reality. I started streaming about 2 years ago and still do to this day. I’ve always been someone who likes to make sure that everyone has a great time and can forget about their troubles with my stream. Whether I’m good or bad at games doesn’t matter to me, as long as I can help people out there forget about their worries and bring a smile to their face with my content, then I’m satisfied. I like to stream whatever games I’m feeling for the time being, that usually being somewhere around Destiny 2, Overwatch, Monster Hunter Worlds, Minecraft, and on rare occasions I will also stream Fortnite. My streaming schedule is a bit of a mess and a work in progress, due to work being in the way but my main days for streaming are on Wednesdays – Fridays from about 12pm – 8pm central. Well, this is about about me and my streaming channel. I hope to see you all there and I hope that I can at least bring some light to your days with my streams.
Follow me on Discord | YouTube | Instagram | Facebook and my streams on Twitch
Watch live video from https://www.twitch.tv/xxdragon_swordxx on www.twitch.tv 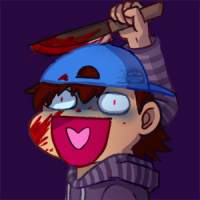 Heyo, I’m Natsumen or Caps (for Capssimistic)! I’m a freelance digital artist and a creative/variety game streamer. The name of my channel is derived from the combination of the word cap (which is what my avatar wears) and pessimistic/optimistic, it’s silly but it stuck. I started streaming in 2017 and before that used to do Let’s Play videos on YouTube during my free time and occasionally stream art at Picarto before eventually moving everything to one platform, Twitch. The idea that I could stream my games and art without worrying about lost/corrupted footage and being able to chat with people live was really appealing, and I’m glad I did because I’ve had a lot of fun doing what I do and meeting new people to connect with! Games that I stream consists of a variety of genre that catches my attention like Death Mark, South Park FBW, etc. I get my community involve in deciding subjects they would like to see me draw and participate in monthly sketch giveaways, they’re chill and fun people to hang out with and if you like anime too then hop on in and join us! I don’t have a consistent time for my streaming schedule BUT I usually stream every Saturday and Monday nights for games, and every Thursday night for art sessions. You can check me out at the socials below! Twitch channel and  Twitter. 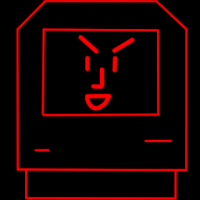 Hi, I’m Wrexadecimal! My name comes from a mashup of the words “wreck” and “hexadecimal”. Not only did I choose my name, but my name chose me. Once when I was streaming a really difficult romhack, my save file got absolutely destroyed. All of the hex data from the file was completely overwritten and unrecoverable. I certainly couldn’t help but at least laugh a little bit at the whole thing, in hindsight. Similarly related, when it comes to video games my tastes could be summed up as retro, romhacks, the niche, obscure, and sometimes something new. I always try to play games off of the original hardware whenever I can for that maximum retro feel. I started streaming as an exercise to see how far I could go with it. I have a few friends that had been doing it for quite a while before me and I figured that if they can do it, surely I can as well! I like to think of what I do as the virtual equivalent of sitting on a couch with a bunch of friends just chilling out and playing some games. If you’re looking for something old school or games that are a bit more undiscovered, I usually go live on twitch on Sunday afternoons, or Tuesdays and Thursdays at 5 PM Pacific time. Perhaps I’ll see you there! 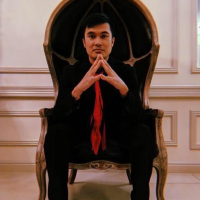 Hi everyone, I’m ExistentialPerplexity, but my friends know me as Jan. My Twitch name was influenced by having an alternate way to say ‘existential crisis’ because during at the time of my rebrand, you could say I was going through an existential crisis which wasn’t the first and definitely not the last. I thoroughly enjoy learning about Psychology and I’m also working on a bachelors in Integrative Studies with a Psychology minor. I started streaming when the PS4 first came out just for fun, but didn’t start taking it more seriously until July of 2018. I have a single PC streaming setup where I either game on my PC (currently Call of Duty: Modern Warfare and other PC titles) or use my PS4 for random titles as well. My favorite thing to do to entertain my viewers is being goofy with my alerts. I recently updated my alerts and sounds, so I’ll keep the reasoning why a secret for now and let anyone who stops by a chance to experience the changes. Currently I don’t have a set schedule, but I do intend to implement something more structured in the near future. You can find me on Facebook, Instagram, and YouTube and can find me on Twitter @HerFutureEvilEx.

Watch live video from https://www.twitch.tv/ExistentialPerplexity on www.twitch.tv
Share Feedback We Want to Hear From You