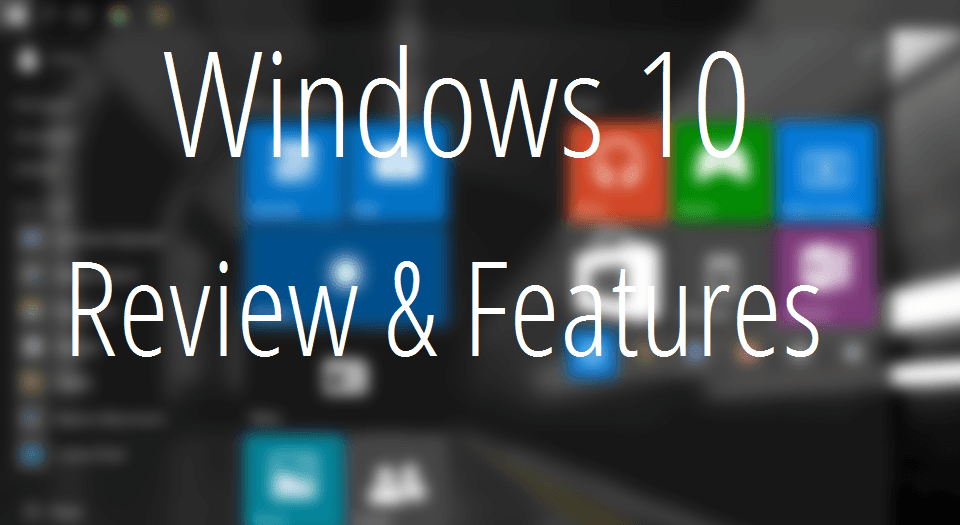 Currently Windows 10 is under development and it’s builds have been available for quite a time now and have added multiple new features with each new release. Microsoft has released the newest testing version of Windows 10 called Windows 10 Insider Preview (formerly  known as Technical Preview) for public download.

That being said, I’ve got my hands on the latest Windows 10 build (Windows 10 Pro Insider Preview Build 10074) and I’d like to share my experience with it so far. In this post, I am going to talk about the major new features in Windows 10. 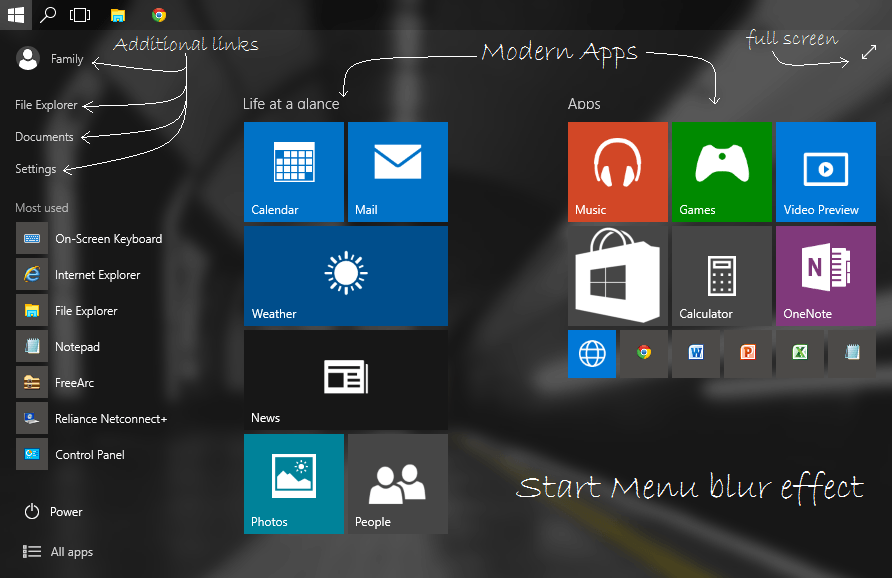 The greatest improvement over Windows 8/8.1. The much anticipated Start Menu is back in Windows 10 and is now better than ever. It can now be re-sized both horizontally and vertically, can be blurred (like aero in Windows 7). It now has the most used and recent programs right in the front with additional links to File Explorer, Documents, Settings, and the User Account. The Power button is also there and we can click the All apps button to get a list of all installed apps (regular apps as well as modern apps). Also, you can pin your favorite modern apps or regular apps on the start menu just like it was done in the Start Screen. Overall, I really like the new Start Menu and find it better than any previous versions. 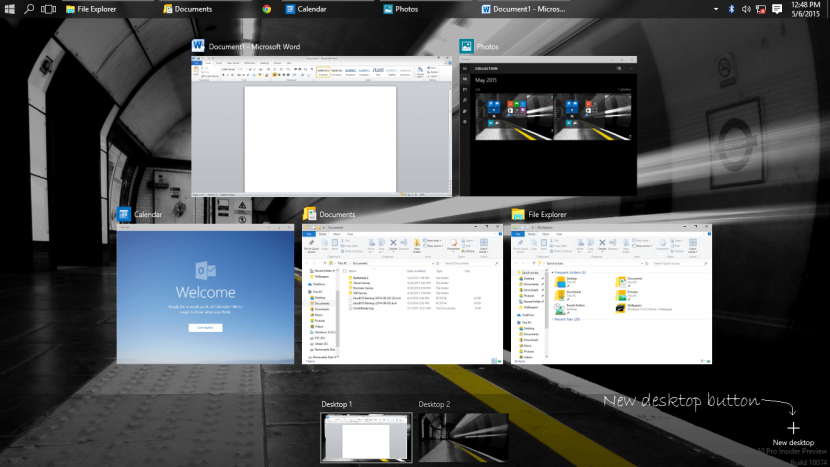 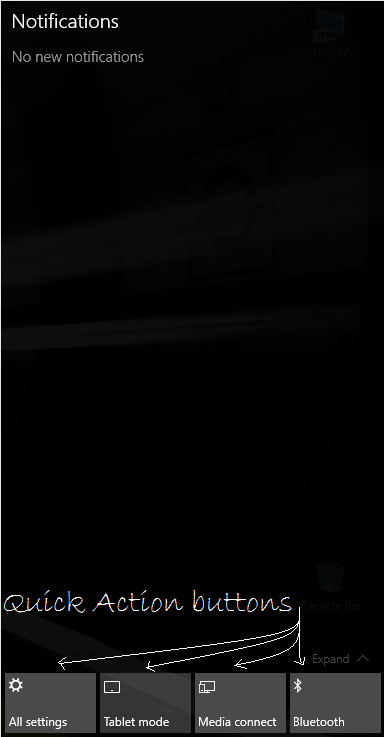 The new Action Center is the notification center of the OS which will notify the user about new notifications from modern apps. It can be accessed by clicking on it’s icon present on the task bar notification area. You can mute all the notification for 1, 3, and 8 hours by right-clicking it’s icon and clicking the Hide notifications for -> X hours. It also has some quick action shortcuts that appear in the bottom and can be expanded for more options. These options can be configured in Settings -> Notifications & actions. 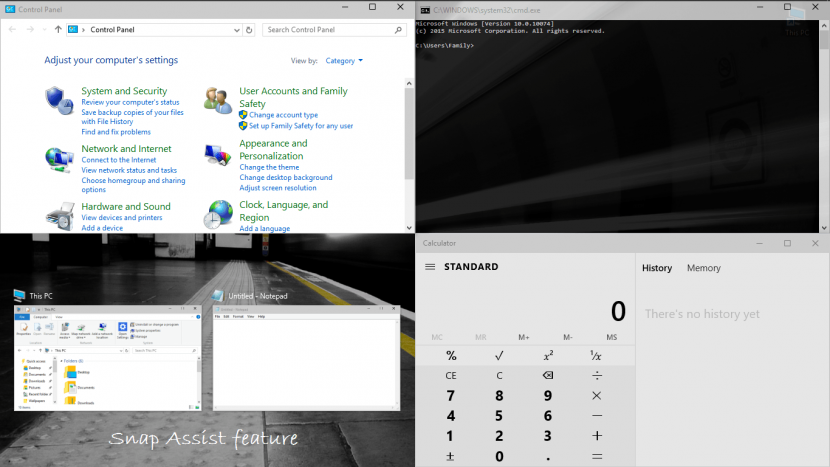 Aero snap was introduced in Windows 7 and has been pretty much the same since then. In Windows 10 however, it has been improved a lot. Now you can snap up-to four apps on your screen at the same time. Also, you get a Snap Assist feature which helps you snap the desired app easily.

Cortana can perform some basic tasks just by typing or speaking, similar to that in Windows phones. It is worth noting that it is currently only supported in select regions (China, UK, France, Italy, Germany, Spain, and U.S). However, you can change your locale and language to United States (English) or any other supported locales for that matter in Region and Language Settings to use Cortana. 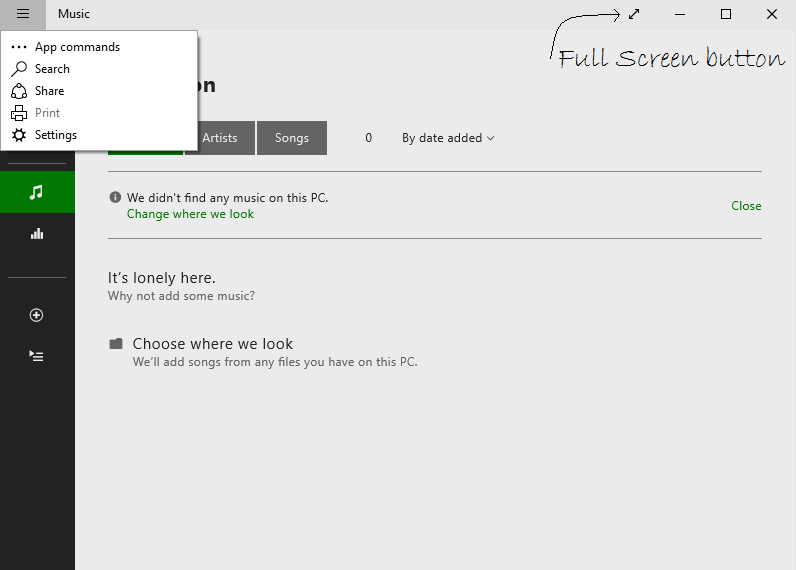 Modern apps now run in windowed mode just like any other app. You have a new full-screen button next to minimize button to run the app in full-screen mode. Modern apps also contain a new Hamburger (3 lines) menu icon which opens App Commands menu. This menu contains all the options which were previously present in the Charms Bar.

There are other many more changes in the user interface like:

Windows 10 has come a long way over the past months, thanks to participants of the Windows Insider Program. This review doesn’t cover all the new features of the OS, and I will update this post or write a new one if necessary with more detailed info about these features. Windows 10 is much better than any of the previous versions of the OS and I didn’t encounter any lag, freeze, or any app compatibility issues whatsoever. However, I did face a tiny but annoying bug which makes the start menu inaccessible, clicking the button or the windows key does nothing and I have to open up task-bar properties and change any setting (like auto hide) to make it working again. You can go ahead and try this version of the OS if you are comfortable with trying out new (read unstable) stuff and trouble shooting if any things go rough.