The people at Ska studios love two things, zombies, and using your bare hands to pummel zombies. Combine that with a bit of heavy metal and a few leather chokers and you have CHARLIE MURDER. A paragon example of Ska studios classic beat ’em up formula. Revealed in January 2010, Charlie Murder didn’t actually see the light of day until it emerged from it’s garage in August 2013. It came out thrashing, however, as Charlie and his four bandmates fight their way through a hoard of undead, mutants, ghosts, sharks wearing dynamite, and even former band mates in an effort to get to the battle of the bands and save the world.

Hand drawn and painstakingly rendered, the visuals reach into our dark hearts to capture that inner grunge rocker inside of us all. And as you methodically use your enemies insides to paint the walls of each of the spectacular backgrounds, it’s easy to get caught up in the heavy metal feeling of it all. I found myself constantly wanting to see more of the world. But how could I talk about this rocking game without mentioning the soundtrack? You couldn’t ask for a better motivator for popping off an undead head like a bottle top than those sweet, sweet, Charlie murdery sounds. You’ll be headbanging in no time. 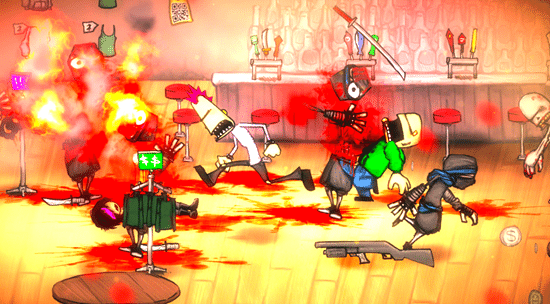 The smooth flow and easy combos make the combat feel both satisfying and spectacular to look at. As each character levels up, they earn new abilities which they can use through the mystic power of anar-chi. Sid Vicious would be proud. But of course all the anar-chi in the world wouldn’t do you any good if you didn’t unlock new powers by, of all things, getting a few new tattoos. Combine that with some skull shirts that coat your fists in acid or generate electric shocks whenever you fall down. What happens when you find that skull shirt you always wanted, but doesn’t give you the lava knuckles you really wanted? No worries, a bit of mimic blood and you’re ready to punch the ever loving daylights out of the world in style. 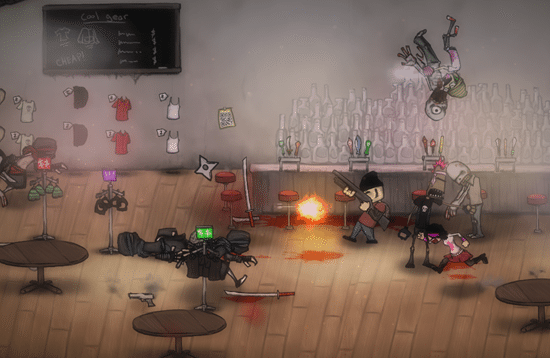 Unfortunately, however, all of the rocking backgrounds and one man murder machine combat does little to cover up the lack of narration. The tutorial level does little to prepare you for the other aspects of the game and you’ll find yourself learning more through trial and error than anything else. The storyline, is as grounded as it can be while still allowing for satanic rock music and for Charlie’s inexplicable ability to scream acid, but still feels incomplete. As the game progresses you’ll feel more like the story is happening on the other side of a wall, and that you’re only job is to punch and kick anything moving between cut scenes. 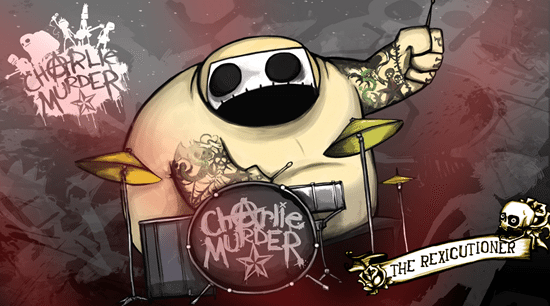 Still, even with this weakness Charlie murder is a blast to play, with or without your friends. Oh, did I mention that oh so sweet, constantly overlooked gem of a feature that seems to have been thrown to the wayside? COUCH CO-OP. Rock on!