TWS earbuds come in many sizes, shapes and performance ranges and there is no shortage to choose from, but I always seem to benefit from having a few extra pairs around the house especially with having 2 teenagers.  Though we haven’t reviewed the XG13 TWS earbuds personally the current flash sale price of < $10 and free shipping to USA make it worth considering taking a chance because spec and feature wise it presses all the right buttons.  With the XG13 they boast your typical standard features, 2 independently pairing capable earbuds, a charging case that shows estimated battery capacity and can charge the earbuds from it’s own internal battery.  Bluetooth 5.0 for the best available range and clarity, as well as pairing speed and instant pairing functionality.  Built in microphones in each earbud have noise cancellation to filter out background wind and noise while speaking.

With the XG13 it does have a 350mAh charging case, and each earbud has active 3.5 hours of play time with up to 15 hours only being charged from the case battery.  These aren’t meant to be used as your all day headset, but as your sports or activity earbuds, they also are sweat and rain resistant but I wouldn’t go submerging them in water as is shown in one of the product pics as they are IPX4 water spray resistant not swimming earbuds. 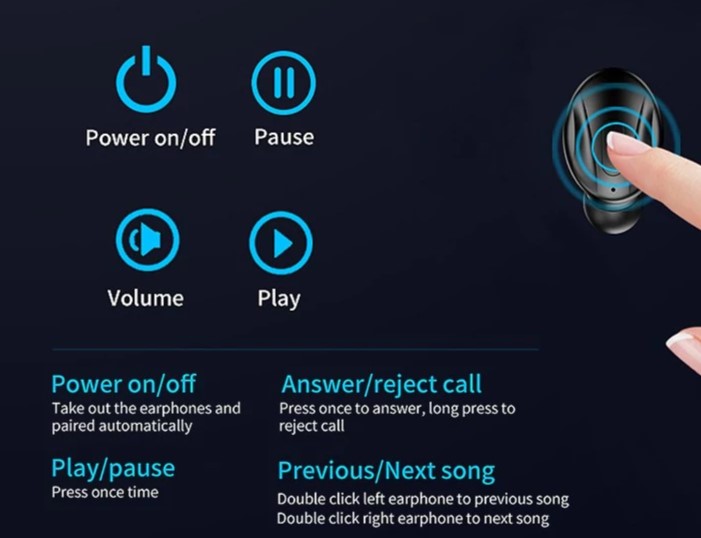 The earbuds have a touch sensitive button on each earbud that allows you to handle all your expected functions including pause/play, previous/next song with double clicks, and volume controls  The packaging and set for the XG13 Bluetooth Earbuds include the earbuds, charging cable, charging case and user guide.  These earbuds have 8mm drivers and a 32dB sensitivity with a frequency response advertised as 19 – 18000Hz.  With a package weight of 2.11oz (with case) you can carry these around in your pocket with ease while you travel.

Did I mention that these earbuds are only $9.49 during the Flash Sale Event over at TomTop yet?  Because they only have 550 pc’s available at this price and the were about half sold out by the time I got this article up.  At less than $10 you can’t go wrong in taking a chance on these, even if they ended up being average for that price they are worth having as a 2nd backup pair of TWS earbuds.