I have heard that a home gets broken into at least once every 6 seconds here in the United States alone. It is getting to the point where it is only a matter of time rather that if, we will have a home invasion. Our elderly can be easily overpowered by a stranger when they respond to a knock on the door. More and more there is a need to secure the property and residences we own. But what can we use to accomplish this task?

One way is to use a security camera around your home or outside. Some work well, others are way to fuzzy to be of any use in determining who already broke into your home. You need something to see who is there before a burglary attempt is committed, and maybe a way to say, “I do not know who you are so go away”.

1ByOne has such a product for your consideration. They have a video door bell/phone like device that has several features that can be used by an individual or a business, and you have some freedoms to decide how it can be used. 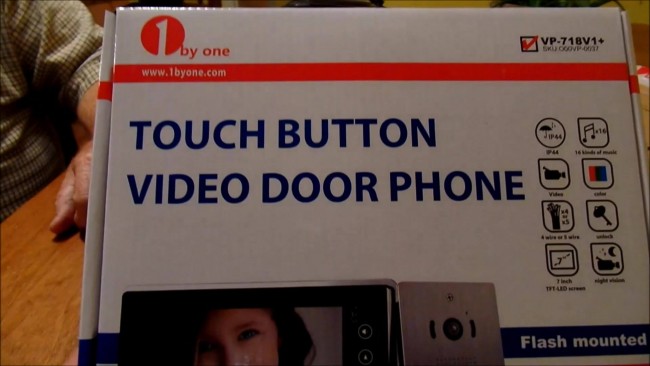 When I got the 1ByOne box in the mail, I was very excited. My mom and dad live over 30 miles from my home and a few months back, someone stole their car, went on a joy ride and wrecked their minivan. While the 1by one Video Door Phone would not have prevented the theft, it might have been able to catch the thieves leaving with the van, and it certainly will give them peace of mind when answering the door.

Here is the unboxing video

With the 1ByOne Video Door Phone installed, and, when someone comes to the door, they will press the doorbell button which will activate the monitor on the inside of the residence. It will also sound one of many available chimes that can be set at one of 4 volume levels. Once my parents see who is on the monitor, they can either open the door, or press the talk button and ask them who they are and what they want. 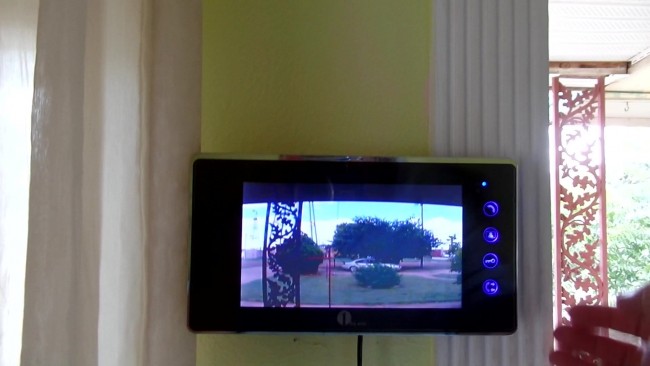 Now, if the monitor has been placed at a distance from the door, and if optional equipment has been purchased and installed, my mom or dad can press an unlock button and a switch will activate to unlock the door. That is certainly nice. It is also nice that more than one monitor can be purchased and placed inside the residence or business to allow for more than one location inside to be set as a place to see who is at the door.

Another feature that I have not tested is that when an SD card is installed into the device, even more security is available. Let’s say someone come to the door and does not ring the bell, or they are close to the door. You would not know they were there, but with the SD card installed the device is supposed to detect the movement and make a recording. That is nice. 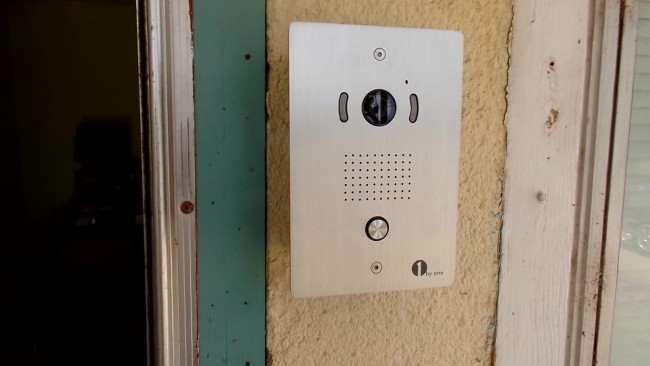 For the outside unit, which is the portion that has the camera, speaker, and doorbell, can be mounted on the surface or the structure, or it can be set into the wall of the structure. What’s more it a hole might be needed to house the wires that are a part of this. We chose surface mounting. And we had to cut through wood, sheet rock, stucco, and wire mesh. We also had to consider where electrical wires were running and pray we did not cut into one and end up having a bad day.

The inside unit also needs equal consideration. The wire is long but, it is only so long. You need a place where the unit can fit, where it will be useful to whoever is making use of it, and it needs access to an electrical outlet. We chose to place the monitor just inside the door, opposite to the outdoor unit. Some modifications had to be made, such as placing a thin board behind the monitor and drill a hole in it to run the wires, and then screwing it into the wall to hold it in place.

All in all, considering the discussions my father and I had concerning wire path, installation options, and other things, we took probably 3-4 hours to complete the job. The actual work took considerably less, and if my father were younger, the process may have been much shorter, still it is his home, and he needed to approve of any cutting into it that was done.

Once installed and plugged in we tested the unit. There was a bit of trouble with seeing the text in the manual, (it is printed very small for me, and some items were very hard to see. Especially what color wire went where for the outside unit. I will explain more in the video.) But, all in all, things worked well.

My father pressed the doorbell, I answered and we talked. The only odd thing was that the trees in the back ground were blue instead of green. There was a small issue of not clearly seeing the person on the other side but that I believe is more of a lighting thing that anything else. Later, I will attempt to fix this issue, and if it makes the difference I expect it to, we will do a video to show the difference. 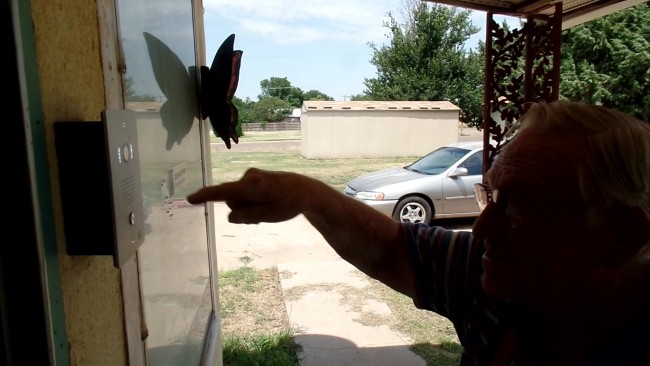 I also did a quick look at the settings towards the end.  I am also adding a picture sent to me showing the color pattern for the wiring to the outside part of the installation. It is not so readily apparent using the manual. 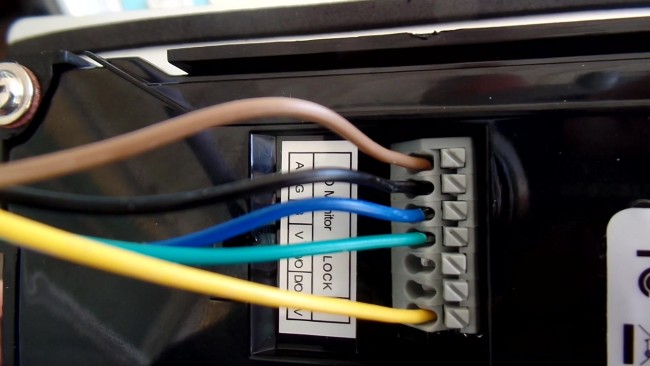 Overall, the 1ByOne Video Door Phone performed as expected. I did have one failed unit, but they sent me a second one that worked very well. I also have to say that I would recommend this to anyone who is looking for an additional security device and is not afraid to do the work to make the install choices. I also as always must say that All opinions concerning this product are 100% my own. I received the unit for the purpose of review, and was not in any way told what to say as a result.  So, check out the link and buy one today. You will enjoy the extra peace of mind for your loved ones, yourself, and your property.

Here is a full video of the installation and testing: