Sometimes it is fun to look on a site like Gearbest and play the game of what if. What if I could buy anything I wanted, what would I buy. I saw something that caught my eye in more than one way.

I came across one that is very intriguing. 3D BOX Naked Eye 3D Tablet PC Suspended 3D Display 3D Game. It says that it is a 3D projection screen that does not need 3D glasses. If this is true, I really want one. 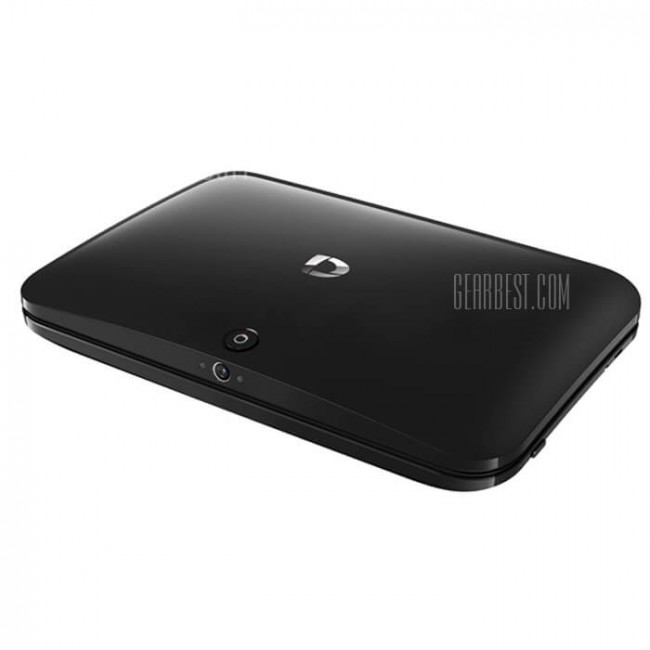 According to the site, this player can play both 2D and 3D videos, and supports all 3D formats. I do not know a whole lot about 3D other than it looking good on the large IMAX screen, but this looks very interesting.

In addition to movies the 3D box can play games using your phone as the controller. Terms like Floating 3D Game Experience indicates the games might be able to appear 3D even if they are not natively so. 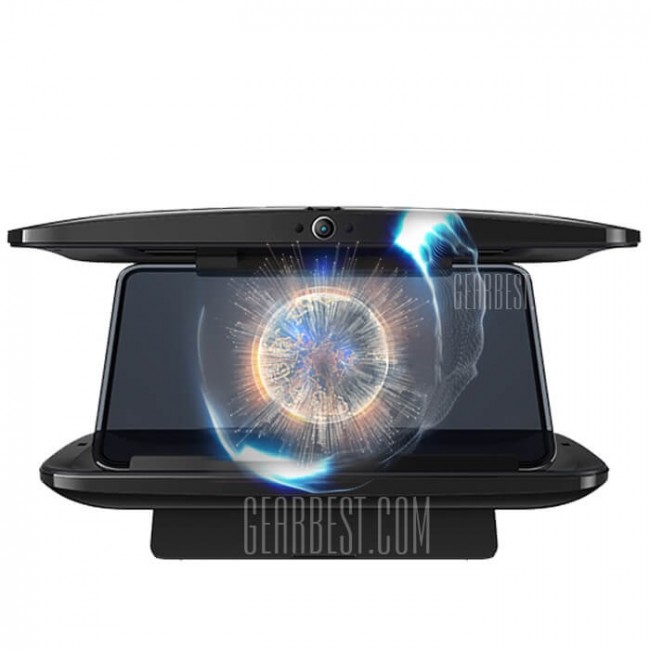 You can use a special photo shooting app to take 3D photos and show them right on the Box. Not only that, but E-books can also be read using this 3D device. That could be a great deal of fun.

The built in camera has a human face tracking technology with about 500 patents, and allows your face movements to track the 3D experience you receive. 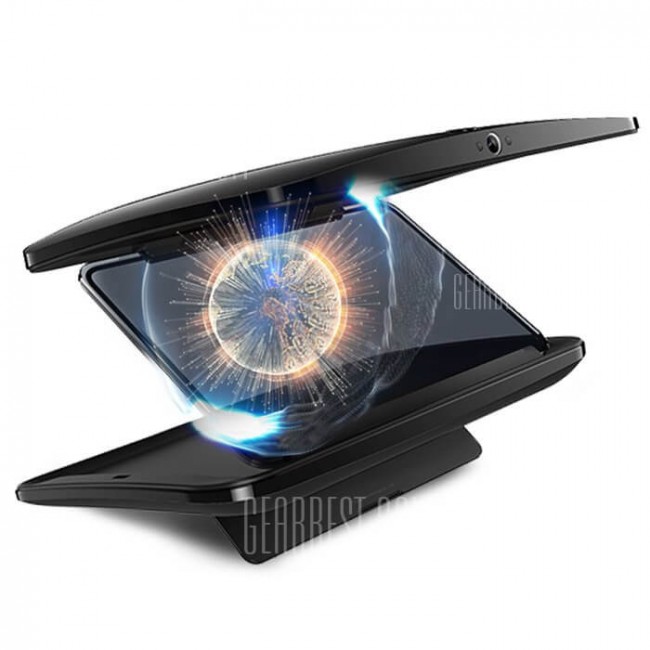 This next part required me to talk to my son, who is more technically gifted than me, and that is the statement that says the display uses a Transflective suspension display. I have no true point of reference to really asses this but, from what we gathered, there is an active video display on the lower part of the device, and one above, both are pointing towards the glass or plastic panel in the center to create a display that appears to be suspended in midair, thus creating the 3D view that makes this device unique.

The device is shaped like a “Z”. This makes it different than any other tablet I have seen.  It has Bluetooth 4.0, is an android device but also says it supports iOS 8.0. It has 2GB DDR3 ram, 8GB storage, and can support a 64GB micro SD card. The camera is 2MP with an 80 degree viewing angle. It will track your eyes to keep the #D display looking 3D even when you look around a bit. 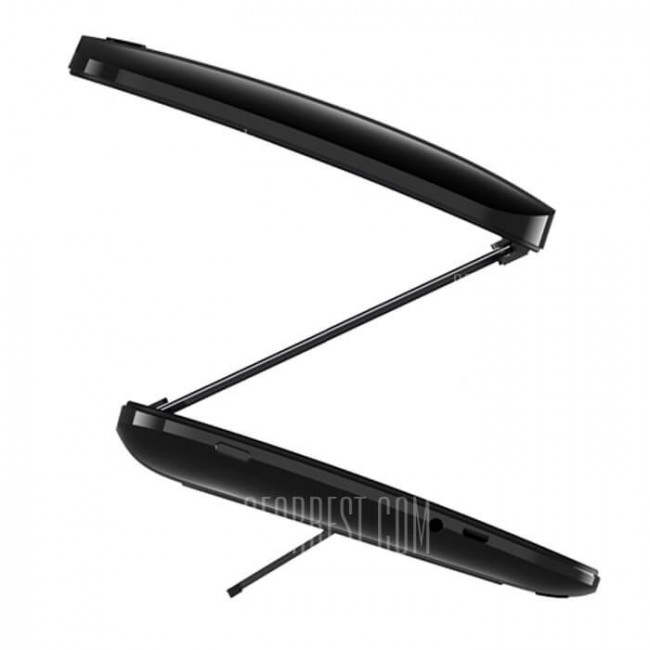 It comes in a variety of colors, black, gold, silver, and pink. It measures roughly the size of a typical 6-8 inch tablet and weighs less than 2 lbs. It has a built in speaker, along with a 3.5mm stereo headphone plug. There is an infrared fill-in flash light, and a power unlock indicator light. There are other lights and attachment ports as well.

The operating system is Android 4.4 but the write up online does not seem to indicate if the OS is standard like a normal tablet would be or if this is simply to power the functions of the 3D box. The confusing part to me is that it says it uses a control system in the iPhone to connect via Wi-Fi using iOS 8.0 or above, but no mention as to using your android tablet or phone to do the same. 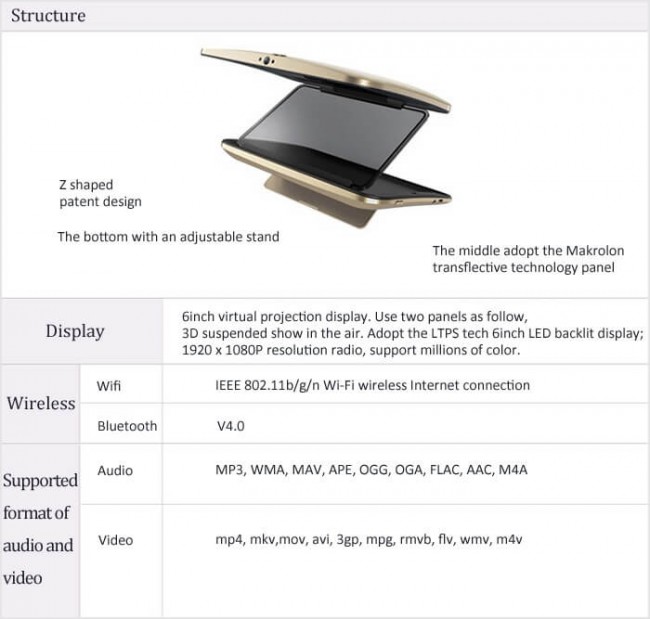 The last thing to mention would be the battery life. I can imagine that 3D and this advanced technology uses a great amount of power. The tablet has a good sized battery @ 4200mAh. The thing I am not thrilled with is the 2.5 hours of battery life. Some movies are more than 2.5 hours in length and this would mean needing to keep the unit plugged in if watching an extra-long video.  Unless you bring along a good battery bank, this limits the portable nature of the device. Also, while it may in use, not matter, the screen size being only 6 inches may be a problem. However, the prospect of 3D without glasses, and most 3D not being restricted to the size of the screen may make the small screen size a non-issue.

I have covered a lot, and put in my own two cents to boot. From what I can see, and what I could discover about this technology from the internet, it looks nice. The price may appear a little high, but if it really does work as advertised, then it may just be worth it. I can only say that I would love to get my hands on one and give it a real life test. You can, if you visit Gearbest.