I’ve always been interested in things that could save the environment: things that are much more cost-effective and noteworthy in comparison to other modern-day or tried-and-true solutions. Many people say, if it ain’t broke, don’t fix it. But I tend to disagree – because that mindset can limit you from discovering wonderful, new ideas that could revolutionize a whole industry.

In fact, the industry in question is architecture itself. Humans have been building buildings since around the age of farming, and other structures such as religious monuments and whatnot way before then. It’s about time we modernized housing and took it to a whole different level – one never seen before. As said time and time before online, we have the technology.

In fact, we have 3D printers, so why not make use of them? The future is here, ladies and gents. It’s only a matter of popularizing the idea of 3D Printed Housing, and finding the right tools for creating real, solid, sustainable houses. ICON does just that with their Vulcan 3D printer, and their state-of-the-art professional, high-grade Lavacrete concrete. We aren’t talking about your home, run-of-the-mill plastic 3D printers such as the Snapmaker which you can find on Amazon. In fact, we’re talking about a whole new level of cool. See below. Note, this thing is almost 16 feet high. 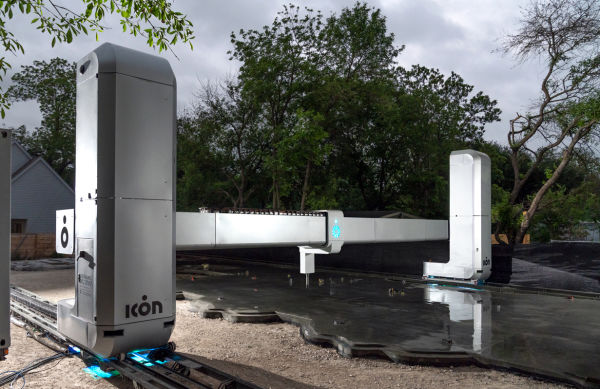 That Lavacrete stuff I was just talking about? Get this. It can withstand a compressive strength of up to 6,000 psi. Along with this, it “last[s] longer than traditional construction materials and methods,” as they boast on their website. Plus, if you have all the material there at the site in the Vulcan, then why would you need to waste all those carbon emissions on transport of materials? Win-win for everyone. Besides, houses can be completed much faster than traditional methods because of the high-speed process of laying the concrete (and other materials) in specific curved – yes I said curved – patterns. You essentially let this thing take over for the walls and other parts of the house, then you go in and lay down other interior items such as carpet and the like, or do any outside work as needed or desired. There are a lot of advanced architectural structures that the Vulcan can make as well, such as seen below:

This computer generated image is from the Exploration Series of homes in ICON’s line – specifically “House Zero,” as it’s named. It’s located in East Austin, and has a 2000+ sq-ft area, with 3 bedrooms, and 2.5 bathrooms – not to mention its 350 sq-ft one bedroom and one bathroom “accessory dwelling unit,” as it’s called. I managed to find an actual image of some other 3D printed houses on their website, again in East Austin: 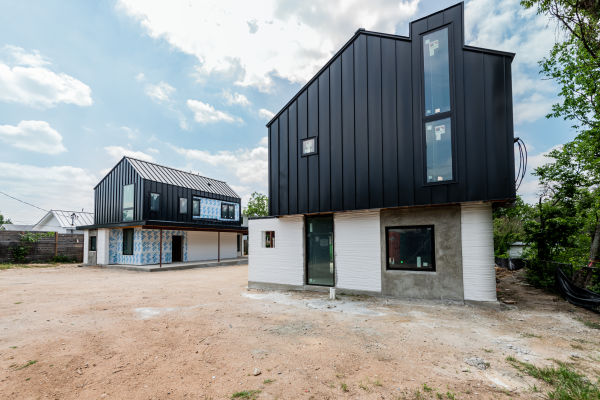 Just imagine what this could do for the homeless population. If small, affordable homes like this can be built quickly and relatively affordably, while also saving the environment, then wouldn’t that be absolutely wonderful? If we can get people off the streets, crime would likely go down quite a bit, and things could progress much better as a society. In fact, ICON partnered with the nonprofit company, Mobile Loaves & Fishes to bring a collection of six 3D printed homes to people who are chronically homeless. The “Community First! Village” features a 500 sq-ft welcome center below, and I sincerely hope this sort of thing keeps progressing further and better as time goes on. 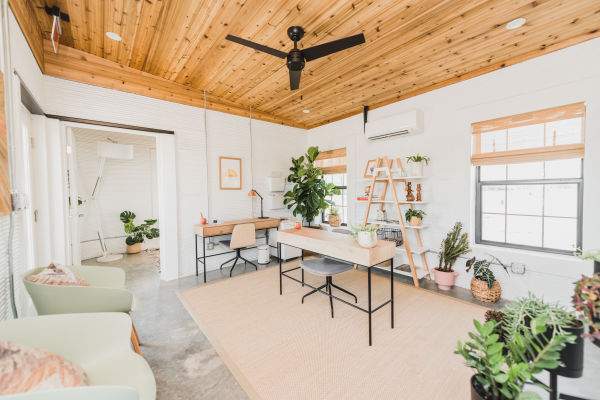 But it doesn’t stop on Earth. Space companies such as NASA are getting in on this goldmine of an idea too. ICON has received funding from NASA to develop Project Olympus for construction of sustainable housing on the Moon – good ol’ Luna for Pete’s sake. Literally living on the moon! If that’s not awesome, I don’t know what is. Oh, you thought it stopped at the moon? ICON means to make this happen on other planets as well. They’ve partnered with Bjarke Ingels Group (BIG), and Space Exploration Architecture (SEArch+) to bring these ideas to life. I’m looking forward to where all of this takes us in the future, aren’t you? Let me know what you think in the comments, or if you have any other new or exciting ideas that might come from all of this, or different angles I may have not thought of. 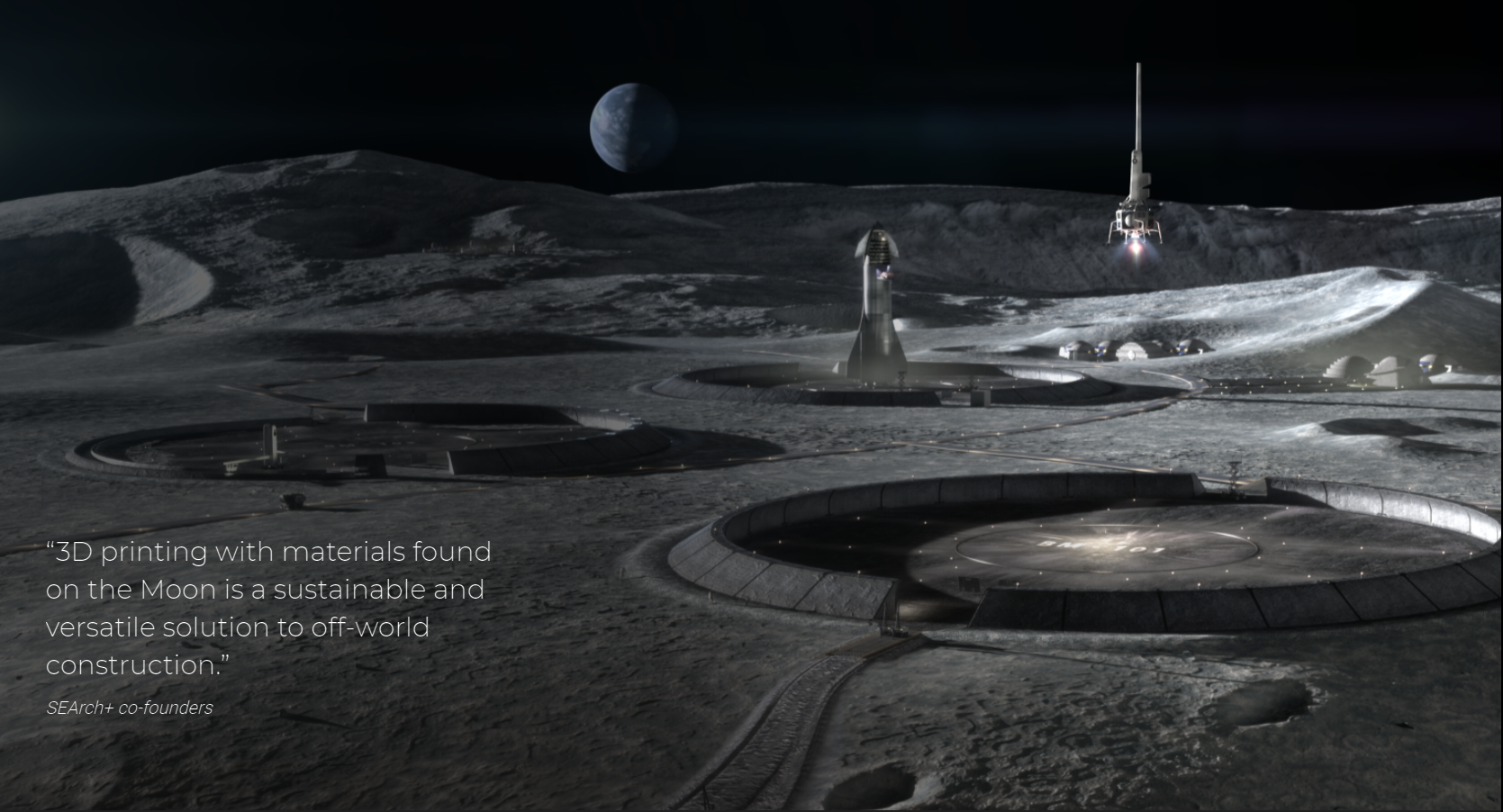 Much love. Roxie out~