By now, most people have heard of 3D printing technology. A couple of years ago, 3D printers were an expensive technology. Now, for a couple thousand dollars, you can have a 3D printer in your home. Not only do you have this ease of access, but you can surf online databases and download files to create just about anything. 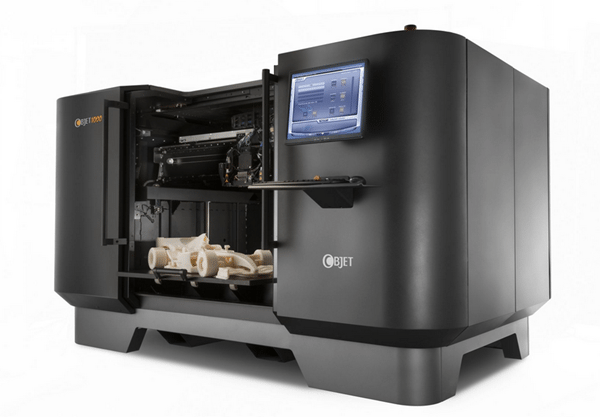 Everyday, there is a new story on the internet about someone printing something spectacular and life-altering — or just plain cool. Recently, a German nanophotonics and 3D laser lithography company printed a model of a Wing Commander spaceship. Doesn’t sound that exciting from the outset, but that changes when you mention these details: it was the width of a human hair and took 50 seconds to print. On the other side of the spectrum, you have Dutch architect Janjaap Ruijssenaars, who is 3D printing a looping building. The 3D printer uses sand for the process, and the pieces made will be hollow so they can be filled with a concrete mixture to further strengthen them.

What about 3D printing for social good? At the moment, people are focusing on the stories regarding guns made using 3D printers; or more specifically, gun parts. With so much focus on gun control, these stories are taking over news programs and social commentary blogs, while other more positive stories are getting less attention. For example, two guys were able to build a custom prosthetic hand for a young boy in South Africa who was born without fingers on one hand. The hand is constructed from $150 worth of parts. Compare that to the average cost of a prosthetic limb, and how easy it could now be to make these accessible.

So far, 3D printers can craft out of metal, glass, plastic, concrete/rock mixes, and chocolate. Within ten years, there will be affordable 3D printers, suitable for home use, that can print using different materials instead of just a single one. It is even thought that 3D printers using biological materials will also be a possibility. Imagine 3D printing an organ. Instead of having to wait for someone else to die, those in need of organ transplants could have less time to wait. 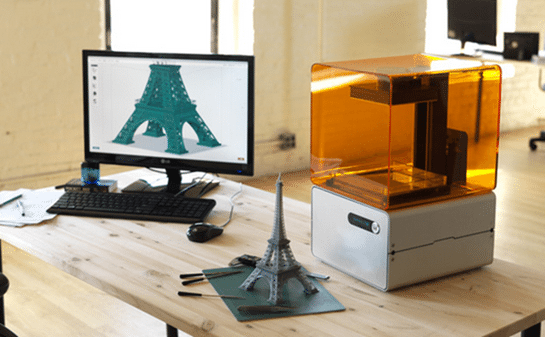 Form 1 Printer Project on Kickstarter
For those who can’t afford a 3D printer, there are websites that will print stuff out for you and send it to your door. Most of these sites even let you customize the end result, by choosing colors and materials. For lovers of Lego’s and other building blocks, no more keeping sets separate; someone has designed a set of connectors that allow you to use all of them together.

The makers of AutoCAD have designed an app that allows you to take a few photos of an object, and it produces a 3D printer file. This means people can copy whole building designs if they want, not to mention countless other things. There are already growing concerns about copyright infringement and patent conflicts. Businesses will need to learn to embrace, not fight, this possibility.

The future of 3D Printers will drastically change our lives including how we print materials that we need, objects that we need and possibly greatly lower the costs of items that can be printed far cheaper than they are crafted today.  What would you like to see from 3D Printers in the future?

Content Creator/Owner of https://t.co/kw5uyPjwWQ for Tech, Game, Entertainment and streamer at https://t.co/e072uYSy5Y
How To Use SFTP To Securely Transfer Files With A Remote Server https://t.co/A2nP1PktB7 - 11 hours ago