It just happened to be coincidence that I ordered my original Dragon Blogger T-Shirt through VistaPrint and my image had some glossy issues on the back of the shirt. The site is going through a re-design soon and there will be a new logo, so I wasn’t sure if I should go ahead and touch up existing ones and order or make Dragon Blogger shirts available now or if I should wait until the new logo/site and have new ones designed. 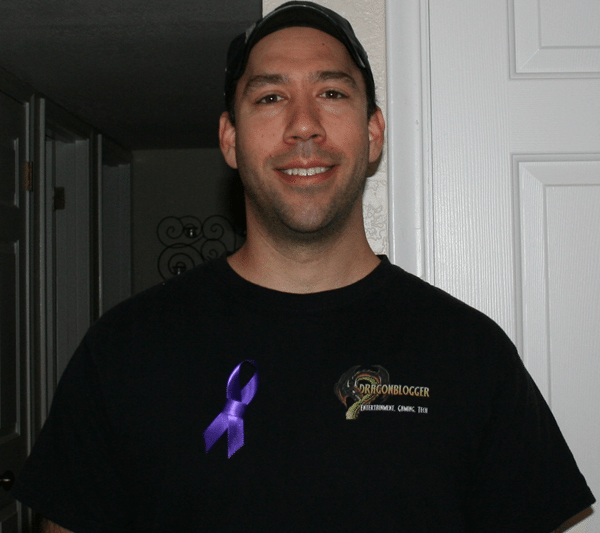 Me wearing the Dragon Blogger T-Shirt a few month ago

I looked at several services and really liked VistaPrint for producing the custom T-Shirts for DragonBlogger.com I have used Vista Print for many services before, they did my business cards, customized pens and we have used the for a photo book and calendars before for the family (those weren’t related to Dragon Blogger). 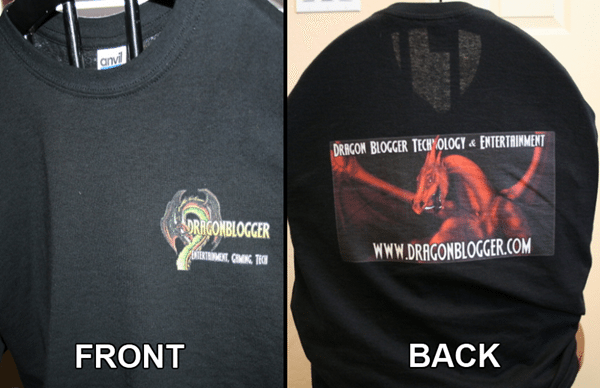 The back didn’t come out as I had hoped with the glossy color over the image, I wanted it to blend seamlessly with the shirt itself so going to have to figure out another way around that one.

I really need to get some shirts together for the Dragoncast team who are going to be attending trade shows and doing interviews and recordings for the Dragoncast at conventions that include Gen Con this year.  So I have to put something together pretty fast if I want some T-Shirt branding and visibility there so let’s see if I can put something together in the next couple of weeks or so, I have some time still.