Nowadays it seems every game under the sun offers multiplayer and co-op options.  Whether it’s kicking a ball around with a player across the globe, sniping atop a tower alongside your best friend, or sharing a virtual jam session with six others; it’s only common sense to respect your fellow player.  Acting like an uncaring and arrogant oaf will not endear many people to join your team.  Though this maxim seems easy enough to understand, there are several little guffaws that gamers commit when they first enter the world of co-oping.  Here’s a breakdown outlining common breaches of co-op etiquette and how to correct them. 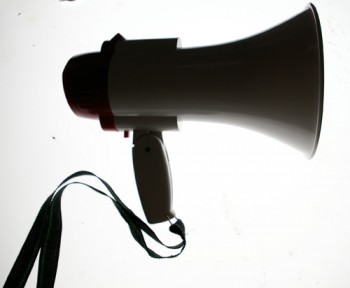 Communication = Coordination
When a multiplayer game provides a communication option, most of the time it will be imperative that you use it.  It matters little whether it’s text, voice, or emotes (physical gestures); use them to coordinate a strategy for victory.  Think about it, if you have no clue what your mute partner intends to do, how will you achieve the objectives in an effective way?  Take for instance the game Portal 2.  The co-op mode features an option called the “ping tool.”  Using this tool you can provide a visual aid to your partner that alerts him or her where to place a helpful portal. Little techniques like that of signaling to your friend can go a long way.

Beefing With Griefers
I’m sure a great deal of you have experienced the dreaded encounter with a “griefer.”  A griefer is a player who seeks only to ruin your experience and does not care to properly play the game.  Sure it’s aggravating to be treated to juvenile antics, like constantly being on the receiving end of friendly fire or being locked in a room due to door-close spamming ‒ just take a minute to breathe.  Griefers get satisfaction out of seeing you huff and puff.  If it’s a one-time offense, like a friend seeing if you’re awake by firing a bullet in your general direction, laugh it off and enjoy the rest of the game.  However, if the person is constantly plaguing your playtime, quit with no regrets.

Loot Hoarders
Those with greed can never hope to succeed ‒ or something to that effect.  By gobbling up every goodie that drops on the ground you are depriving one hundred percent of your support.  Imagine that an army of Orcs hungering for your flesh is awaiting you just a few hundred steps ahead.  If your fellow teammates are ill equipped, they will drop like flies, leaving you to die a slow and painful death in your sparkling heavy armor.  Though tanking is arguably one of the oldest strategies in multiplayer, you cannot afford to leave the rest of your team completely gimped.  Creating a fortress of protection around you pays off more than you being the sole brick wall.  This way, if you need to take a break from the fray, your team can be there to take some of the heat. 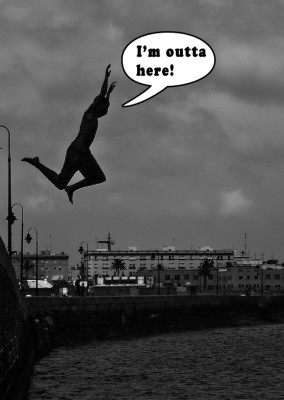 Death Before Dishonor
Even though I mentioned earlier that quitting is not usually something to regret, this is not an end-all-be-all policy to every situation.  Unfortunately there are players out there who value their personal prestige more than the success of the team.  Therefore they will kamikaze their session leaving their teammates alone to fend for themselves.  Sure in a wide universe of players this practice may not alienate you immediately.  However, if you consistently continue to ditch your team at the slightest chance of failure, you will gain a bad reputation for it.  True victory comes from the satisfaction of accomplishing something with your fellow teammates, not the little numbers that appear next to your moniker.  Remember, those numbers are temporary and will eventually be replaced; friends on the other hand are not.

Following the advice outlined above will make your co-oping adventures much more pleasurable.  There’s nothing quite like seeing people thousands of miles away from each other, collaborate with precision and dominate their opponents.

Do you have any misty multiplayer memories you would like to share or co-op catastrophes that you have never forgotten?

Mitra Faridian first joined the site in 2011 under the handle “Persian Poetess.” Since then she has become one of Dragonblogger’s most passionate videographers. She is a regular on the Dragonblogger YouTube channel and has produced several high quality video game and product reviews. Her gaming and entertainment taste is very eclectic and she’s always open to a fun new virtual experience. Email her at the following address: mitra [at] dragonblogger.com