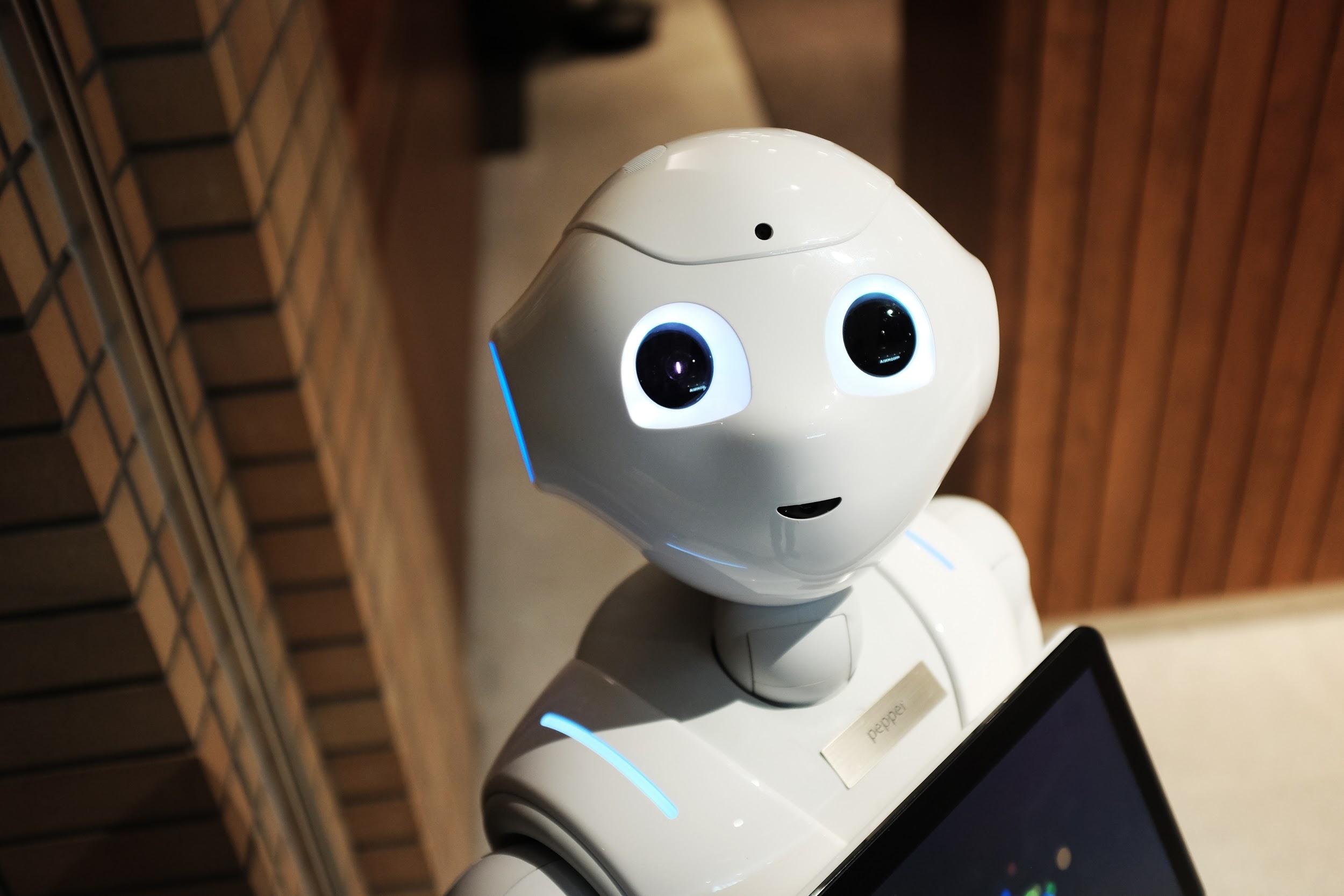 Tech innovations are changing the way businesses operate, manage their staff and hire new starters. More and more companies are interested in how AI, automation & augmented reality could bring value to their specific niche. CEOs are working on a clear-eyed plan on how to incorporate the latest emerging technologies into the day to day operations of their organizations.

Once the latest technological developments become ubiquitous, we’ll see a massive boost in efficiency, productivity as well as the creation of new roles. The real challenge is, who will fill them? The technology-enabled workplace will create an even bigger shortage of skills in the already shallow pool of qualified professionals.

AI is said to be the main driver for the creation of new jobs and opportunities in the current job market. The area is considerably understaffed and those with skills in AI, especially deep learning and predictive analytics are incredibly sought-after on the market. According to Indeed report demand for IT professionals skilled in AI more than doubled over the past three years where the interest in AI-related roles became stable.

AI will have an immense impact on the way consumers and businesses communicate. Artificial Intelligence is already heavily used in digital marketing, especially in paid advertising where AI-powered algorithms create a specific, more personal & targeted message for the right audience.

According to the Accenture News Release in 2017 Artificial Intelligence might boost profitability by 38% by 2035. All industries could benefit from adopting AI-enabled systems. What might be slowing down the adoption of AI in diverse businesses is a lack of a skilled workforce.

AI professionals need to have analytical competencies, data proficiency and a creative thought process. If you want to work in the artificial intelligence field, you need technical aptitude to design, maintain and repair software programs. You will also need skills in coding (especially Python, R, Lisp, Prolog & Java), maths, cognitive science theory as well as knowledge of physics, engineering and robotics.

2. Automation Will Revamp The Labour Market

Automation is sometimes used interchangeably with AI, however, there is a huge difference between these two ingenious technologies. Automation relies on predefined, preprogrammed rules whereas AI is based on human-like intelligence.

Automation lets programs take over repetitive, mundane tasks, boosting performance and minimising errors to a minimum. Each industry will undergo automation to some extent in a couple of years’ time and the process has already started. Automation will undoubtedly disrupt the job market, rendering some of the positions redundant. Nevertheless, freeing people from repetitive activities the technology will help humans focus on tasks that are more client-focused and require a personal touch.

Harvard Business Review reports that about a half of the activities workers are paid for could potentially become automated. When we look at the two major economies pioneering in automation, Japan and the US, we are told that the automation potential for Japan is around 55% of hours worked, whereas for the US it is around 46%.

Data collection, data processing as well as reports’ analysis have the potential to become fully automated. According to the Harvard Business Review, 25% of CEOs’ time could easily become automated. The industries most prone to automation are manufacturing, transportation, retail and warehousing.

Automation will revamp the way people work, which means enhanced efficiency but also increased safety and error-free execution. The highly skilled workforce will benefit from automation the most with better quality and boosted productivity.

According to TechCrunch augmented and virtual reality will rack up $150 billion by 2020. These technologies are expanding at a rapid speed with Facebook, Google and Microsoft working on how to incorporate them in B2B and B2C environments.

With augmented reality, we’ll be able to virtually see our coworkers located on the other side of the globe, talking to them face to face as if they were in the same boardroom while at the same time projecting notes, images and shared documents. Augmented reality will foster creativity and boost the team spirit by combining physical and digital world in the infinite workspace.

If you’d like to break into this constantly expanding field, you’ll need to be skilled in mobile programming, 3D modelling and have a good knowledge of SDKs. You will also need an additional array of skills depending on the dev environment you’re going to work in. iOS, Android and Microsoft HoloLens will require a different skill set.

4. Blockchain Technology Will Remove the Need for the Middleman

Blockchain technology is said to disrupt the way businesses or governments will operate. According to TechCrunch, Blockchain related jobs are increasing at a breakneck speed with 14 available positions for 1 qualified blockchain developer. If you’re not familiar with the technology, it essentially enables a secure peer to peer digital data transfer without the need for third parties or intermediaries.

Ethereum is a part of blockchain technology, it’s an open source platform that enables developers to create decentralized applications without any threat of fraud or third-party tampering. Ethereum technology is specifically geared towards running so-called smart contracts that can be accessed by each network participant.

Smart contracts resemble standard contracts that are bound by law, the difference is that smart contracts define the terms of the relationship with a built-in code. This removes the need for the middleman, meaning ethereum will eventually lead to job losses, however, the technology will also give way to the creation of new roles in the IT sector. TechCrunch reports that since January 2017 the demand for blockchain developers has grown by 700% on Toptal, an online platform for tech freelancers.

If you’d like to steer your career path towards ethereum technology, the main skills you’ll need are in web development, especially being proficient in Angular and React, JavaScript as well as Solidity. Blockchain requires strong software development and engineering skills, knowledge of C++, Python and distributed storage.

5. Robotics – Will Robots Take Over Our Jobs?

Whoever watched Black Mirror’s Metalhead episode will have chills go down their spine discovering that Boston Dynamics’ have already created the eerily similar dog robots.

Robotics is evolving rapidly, just like AI, automation and blockchain. Industrial robots are already commonplace in factory environments. The technology will further disrupt the manufacturing industry and the labor market, especially when powered by mighty AI algorithms.

Robotics will be one of the main drivers for replacing physical work in blue and white collar jobs. “47% of the working population might be under threat from robots in the next 20 years” according to a freelancer Garry Fissman.

Thrive Global reported that 12 workers lost their jobs in a community college in New York, being replaced by self-serve machines. This trend is going to outspread across multiple industries and businesses. Japan has already launched an all-robot hotel called Henn na Hotel using voice and facial recognition to serve their guests.

According to Thrive Global some positions are more threatened than others by advancements in robotics. Claims representatives might see a drastic shift towards AI enabled robots that will take their jobs as it’s already happening in a Japanese firm Fukoku Mutual Life Insurance. Construction Workers will also see a dramatic decrease in demand. Robotic bricklayers are said to replace 2-3 workers at one go. Inventory Managers and Stockists can also see their jobs being replaced by robots reporting out-of-stock products. Taxi Drivers will also see a decrease in demand following the growing interest in self-driving cars.

The developments in robotics will not only see jobs being lost, but they will also increase the demand for cybersecurity-related skills due to the fact that robots will gain more access to sensitive data and cybersecurity risks will be on the rise.

More than half of the world population is still offline. Once the latest tech innovations are in full gear and widely adopted on a global scale across myriads of businesses, we’ll see a major shift in the labor market.

Cutting-edge tech advancements will bring an unimaginable value to the economy, boosting efficiency and reducing costs. On the other hand, workers will need to switch career paths, retrain and gain new competencies to fill in the skill shortages that are heavily affecting the IT industry.

Once AI, robotics, automation and blockchain technology are fully developed, humans will be able to focus on more creative tasks that are much more meaningful and rewarding. Even though some roles will be made redundant, other opportunities will crop up. Who would have thought 10 years ago that a chatbot or virtual agent trainers will be a thing?

Digitization is an evolution. Humans will adapt and the technology will present us with unthinkable solutions that will ultimately decrease the unemployment rate. The future is ours, it’s up to us to re-skill and keep abreast of the ever-changing tech landscape to make sure our job is in safe hands.