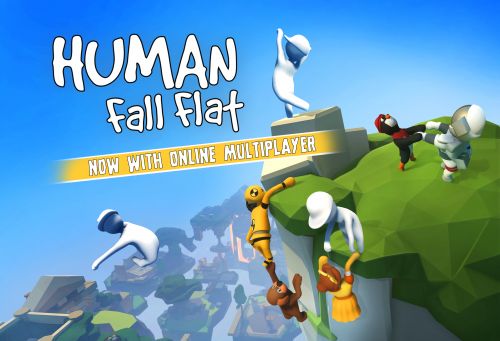 Originally created by No Brakes Games, Human: Fall Flat has found a huge global fanbase on PC and home console systems as a hilariously inventive 3D-platform-puzzler where players find ever-more creative and hilarious ways to steer the iconic but anonymous “Bob” to the exit of increasingly complex environments, alone or with friends.

“505 Games are proud to bring our vast experience of faithfully developing and publishing on mobile platforms to help our friends at Curve Digital bring one of their major IPs to an even broader audience,” said Neil Ralley, President of 505 Games.

“Through our experience with Terraria and other mobile projects, we know how to optimise PC and console games to play on touch screens and ensure that the gameplay inputs and user interfaces are as intuitive as they are on other platforms.”

“Curve has sold over 5 million copies of Human: Fall Flat on PC and console, so we’re delighted to work with 505 on the mobile version. Their experience in marketing premium games on that platform is really important to us and No Brakes Games, the developer.” said Dominic Wheatley, CEO of Curve Digital.

The mobile versions of Human: Fall Flat are currently in development with Dutch developer Codeglue who were responsible for the original Terraria mobile ports.

505 Games has offices in California, United Kingdom, France, Germany, Italy, Spain and China. The company  works with a network of distribution and sub-licensing partners in all other markets.  For more information on 505 Games and its products please visit www.505games.com.

About No Brakes Games

No Brakes Games was established 2012, while the core team is together since 2007.

Experience, talent and motivation are the key factors enabling such a small team to succeed. Initial investment was done by the co-founders. Focus on excellence attracted additional funds from AppCampus – a mobile application accelerator program funded by Microsoft and Nokia, managed by Aalto University in Espoo, Finland. No Brakes Games is alumni of AppCademy – an intensive 4-week accelerator camp run by AppCampus. Projects include: No Brakes Rally, Pocket Sheep, Momentum Racing, Signals: Lockdown and Human: Fall Flat.