CALABASAS, Calif –  15 Mar, 2018 –  Independent publisher 505 Games will publish the award-winning JRPG Re:Legend, from Kuala Lumpur-based developer Magnus Games Studio. Coming to Early Access on Steam for PC in 2018, with additional plans for console releases on PlayStation 4, Nintendo Switch and Xbox One, Re:Legend is an all-encompassing RPG-simulator hybrid that combines farming and life-simulation mechanics with monster-raising and multiplayer features.

Players can build and expand their village through a variety of activities including farming, fishing and crafting, while venturing through a dangerous world filled with challenges. Raising almost 500 thousand USD on the crowdfunding site Kickstarter, Re:Legend is the most successfully backed game campaign in the history of South-east Asia.

Players begin their adventure on Vokka Island in the land of Ethia, where they are tasked with starting a new life and must find a way to recover their lost memories, setting the stage for an great adventure as they learn to survive on the island by cultivating the land, befriending villagers, expanding and growing the village and raising their very own magical monsters, known as “Magnus.”

Game Features will Include:

Monster-Raising – Raise mythical creatures known as “Magnus”, monsters who live in the land of Ethia, the world where Vokka Island is located. Every Magnus is tamable, aiding players in many ways such as combat, farming, fishing, travelling and much more! They will also grow differently depending on your care.

Farming and Cultivating –  Players can cultivate the farms of Vokka island to acquire food and materials for the village or themselves. Growing crops is not limited to the land, as the Vokka Island allows players to grow crops and keep exotic fish underwater!

Combat – The World of Ethia is filled with dangerous wildlife and combat skills are essential to survive.
Players can wield weapons of their desire at any given moment, without being restricted by weapon classes. Players can also mount their tamed Magnus and fight through their adventure! 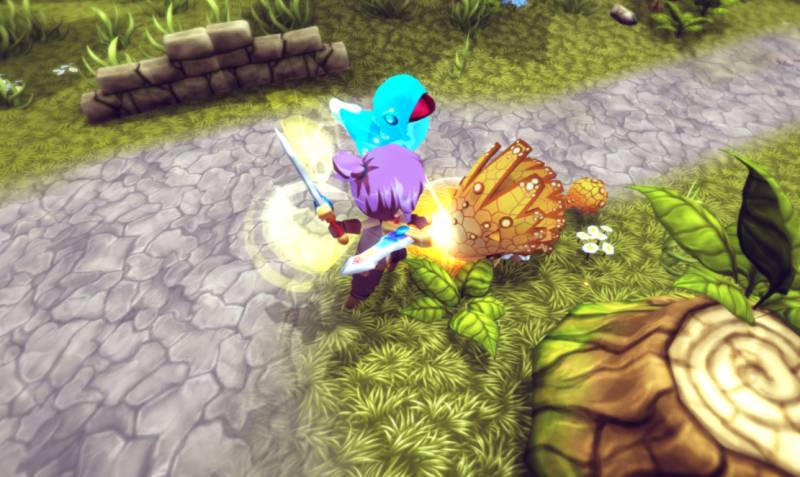 Vokka Village – Vokka Village is where new life begins! Befriend local villagers and join exciting festivals to have a good time. Pay attention to their needs and help them out in their daily lives so they can help retrieve lost memories.

Life Skills – Practice makes perfect! Players will gain life skills as they practice them frequently. They level-up organically as activities are carried out. 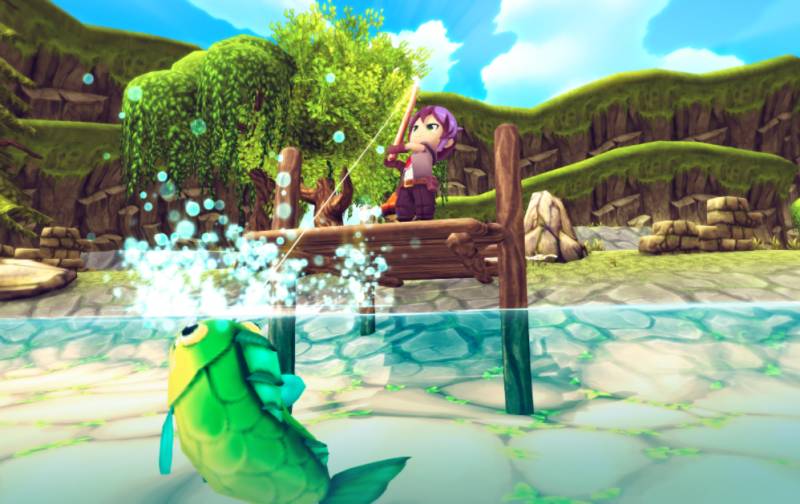 Multiplayer – Play with up to four friends and carry out your adventures together!

505 Games is a global video game publisher focused on offering a broad selection of titles for players of all ages and levels. The company publishes and distributes premium and free-to-play games on leading console, PC and handheld platforms as well as for mobile devices and social networks.Publishing highlights in premium games include Last Day of June, PAYDAY 2, Terraria, Portal Knights, Assetto Corsa, ABZÛ, Virginia, Brothers – A Tale of Two Sons and How to Survive. Free-to-play publishing highlights include Battle Islands, Gems of War and Hawken. Distribution highlights include Stardew Valley, Dead by Daylight and Inside/Limbo. Upcoming titles include Overkill’s The Walking Dead, Indivisible (from the development team behind Skullgirls), Underworld Ascendant (successor to the popular Ultima Underworld series), and Koji Igarashi’s next project, Bloodstained: Ritual of the Night.505 Games has offices in California, United Kingdom, France, Germany, Italy, Spain and China. It works with a network of distribution and sub-licensing partners in all other markets. For more information on 505 Games and its products please visit www.505games.com

Magnus Games is a new independent game studio based in Malaysia, co-founded by two brothers, DC Gan and Welson Gan, filled with passion and creativity. For Re: Legend the studio has been awarded the 2017 South East Asia Best Rising Star Award.