Everybody always keeps talking about how new techs destroy jobs. But what about the flipside? What about the fact that many new techs create jobs as well? There are so many jobs that exist nowadays that didn’t exist so long ago – from being a digital nomad to designing apps for cell phones.

Heck, there are now even plenty of opportunities to earn your keep on apps alone. And at the rate this market is growing, I wouldn’t be surprised if there are already some people out there living off of it and there will be thousands more in a few years’ time.

So what apps can you earn on? Let’s take a look, shall we?

Survey on the Go 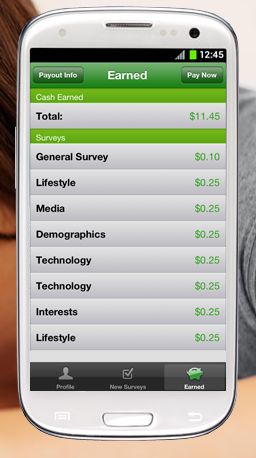 A lot of companies, news organizations and political groups needs to conduct surveys to find out what people think (how else are they going to know what to do, right?) One of the main apps many of them are now turning to is ‘Survey on the go’.

Here you can make between 25 cents to 5 dollars for giving your opinion. No, it might not be a fortune, but if you’ve got a long commute it can make a huge difference to your bottom line.

Have you heard of the gig economy? It’s where people do small jobs for many clients and in that way make a lot of money. Uber, for example, is a part of the gig economy. So is, as you might have surmised, gigwalk.

The idea is that businesses get in touch with you to do small gigs for them. Because there is a huge database of different business, that means there are many opportunities for you to find work. The system decides based on GPS who is the most suitable. So you’ve got an extra incentive to get local businesses to sign up to it.

ESPN streak for the cash

$35,000 dollars. Yes, you read that correctly, you can earn 35,000 dollars with ESPN streak for cash. And not just once, either. Every single month! Okay, only one person is going to win that per month and that’s the person who has gotten the largest number of games correctly, but hey 50,000 dollars! That’s a lot of money if you know a lot about sports.

So go on! Give it a try.  It’s free and you get to see if you’ve got a better ability to announce general sports than anybody else does.

Or why not just get paid to try out new apps? That’s what you can do with cash gift. In that way you can play around with your phone and actually get paid for it! That sounds pretty awesome to me. I might just use that the next time I’m procrastinating and not doing my university work so that I can actually pay myessaylabs.com from the money I made instead of from the cash in my own pocket.

Even better, if I can stop myself from procrastinating then I’ll be able to both do my work and keep the money. Then I get the best of both worlds!

Since data is the new gold, companies will now pay you for sharing your data with them. The idea behind ibotta is that if you share what you buy with them, then they’ll give you real cash back. Yup, that’s right, not those coupons that everybody keeps talking about. Real, hard, cash.

The idea is that you get the coupons, buy the products and then verify that you bought them. It’s as easy as that.

The idea with gympact is simple. You get paid if you go to the gym and have to pay a penalty when you don’t. It isn’t much, but it sure helps motivate you to try just that little bit harder to go to the gym.

Okay, so you’re not going to get rich from these (unless you’re really good at sports), but they do allow you to make that bit of extra cash to buy that cup of coffee or to get drunk off rubbing alcohol (don’t do that, that was a joke).

What’s more, as the market gets bigger and the opportunities better, you’ll be able to make more money. It’s just a matter of keeping your ear to the ground. So if you’re going to go for making money through apps, make sure that you also join all the communities where people talk about these apps. After all, some of them might only allow so many to come in before they close up.

A warning: Whatever you do, when people ask you to pay and promise to pay you later on, don’t fall for it! More likely than not these are scams. After all, if they are going to pay you do things, then why would they need to pay you first? Either they have the money or they don’t and if they don’t, then they only way that they keep paying you is if new people keep signing up. And that is the definition of pyramid scheme. Don’t fall for them.

Ashley Kornee is a blogger and freelance writer. She always tries to write about ordinary things in a creative way.  You can find her on Facebook and Twitter.