All the time, manufacturers are looking for new ways to push technology in vehicles. In 2019, we’re seeing a raft of new ideas being tested out and put into production. 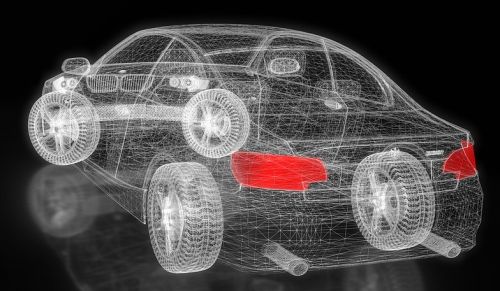 Even the humble windshield wiper is being reinvented. Tesla has filed a patent for a new wiper system that they hope will replace the motor-and-arm arrangement that’s been a mainstay for decades.

The new windshield wiper has blocks that slide back on forth on guide rails. The blocks are electronically charged, activating electromagnets. This makes the glide across the rails with next to no friction.

Tesla hopes that this system will use less power and reduce wear and tear over time. Small changes like these could be important for the EV giant’s planned self-driving vehicles’ longevity.

Most new cars now come fitted with a bevy of external cameras, but Continental wants to turn the cameras inward and monitor the driver’s condition. Essentially, it’s designed to keep an eye on the driver to see whether they’re in a position to take over manual driving from the autopilot.

This may be coming across in the media as the nanny state taking control away from the driver, but as it stands the system is being planned for a simpler job. With self-driving cars, there’s always been a bit of tension around how and when the autopilot returns control of the vehicle to the driver. People feel worried that they might be returned manual control of the vehicle at a moment’s notice at a time that they’re not ready. The new in-car cameras and sensors are designed to recognize when a driver is not ready to immediately take control of the car in such a situation.

Bosch is looking to add 3D displays to the digital gauge clusters on cars. Though this could start by just being a more pleasing 3D alert that ‘pops up’, it could ultimately result in better visualization of information, such as traffic reports, 3D navigation, and assisted parking.

The neatest thing is that the 3D display is passive, so you don’t need 3D glasses or eye-tracking for it to work. Expect to see these new 3D digital gauge clusters appearing in Audis on car lots soon.

4 – Ford Looking to add a Projection System to Crossovers

Buy Here Pay Here auto dealers are shifting a lot of used cars this year, and the majority of them are crossovers. People like crossovers for their versatility. They make great vehicles for tailgating, and with Ford’s patented movie projection system, tailgating might have just gotten even more fun.

The projector is mounted in the liftgate and project a video signal onto an exterior surface. It’s also possible to just use it as a light for illuminating an evening picnic, for example.

5 – NHTSA Testing Cameras as Replacements for Side Mirrors

As mentioned above, automobiles have become covered in cameras and sensors to aid drivers and make driving safer. The NHTSA has until recently resisted the idea of replacing side mirrors with camera views in the US. Cameras are legal replacements for side mirrors in Europe and Japan and automakers have been petitioning for their legal use in the US since 2014.

The US is behind the curve on this one, with the NHTSA only beginning to warm to the idea in 2018. Now, testing is going ahead to ascertain the efficacy of camera views as side mirror replacements.

Bosch and Audi aren’t the only manufacturers getting in on the 3D display market. Jaguar Land Rover is looking to add 3D head-up display technology to its line-up in the future. The new tech uses augmented reality to make information appear as though it’s appearing on the road ahead. This can be used for highlighting important upcoming road features, navigation routes, or dangers.

This 3D technology could also be used by passengers to watch 3D movies. The system is being developed in partnership with the University of Cambridge, but it is still early days and won’t be expected in production vehicles for years.

One exciting technological advance that’s available now is BMW’s wireless charging. Now, you no longer need to get out of your electric car, it will charge wirelessly when you drive it over a wireless charging pad in your garage.

Essentially the same technology you find in wireless toothbrush chargers but on a bigger scale, the system has already been trialed in Germany and it’s now available for a select few customers in California. At first, only the BMW 530e IPerformance will be supported, but assuming the trial goes well this could be the way we charge all of our vehicles in the future.

It’s an exciting time in automobile manufacturing as a new paradigm approaches. Not all of these technologies will become ubiquitous, but it’ll be fun to see the strides made over the next decade in automotive tech.