As Wi-Fi technology strives to keep up with demand, it can be expected that new devices will appear to handle that demand. That is where we got 802.11 AX. As this new router technology becomes more prevalent, it was important to confer with CompatibleRouters.com to find out which are the best 802.11AX wireless routers on the market.

802.11 AX is made specifically for high-density environments, such as concerts, trains, and even airports. It works by taking a variety of wireless techniques and combining them to provide less overlap and crowding on bands. As our demand for wireless devices in our homes becomes ever greater, these routers are the way forward. 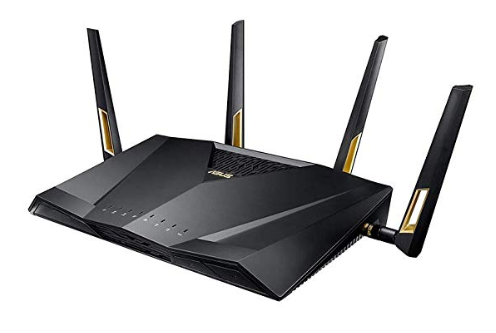 With four antennas, the coverage for this router is boosted well enough to reach most points in the average household. It also has eight LAN ports in order to support more clients simultaneously.

Lastly, you also get commercial-grade security with this ASUS router. This includes AiProtection, which means security threats will be easily blocked.

Additionally, you will see that this router has 4 Gigabit Ethernet ports and 1 2.5 Gigabit port. You can use these to plug in computers, game consoles, streaming players, and any other device that you would like to have hardwired into the router.

This Nighthawk comes with a 64-bit 1.8GHz quad-core processor, eight amplified antennas, Beamforming+ for extended coverage, Qos, and MU-MIMO technology. You will not be disappointed.

This AX6000 is an efficient router. It increases the average throughput by four times in high-density scenarios. Both downlink and uplink MU-MIMO is supported as well.

Security-wise, this router has a built-in system, which includes HomeCare. HomeCare puts antimalware support throughout the entire network.

This is by far the most powerful mesh system that you can get. It comes with MU-MIMO capabilities, ensuring that you have an efficient, stable, and faster transmission, even if more than one person is transmitting information at the same time.

Finally, you will get commercial-level security for your entire network, including AiProtection Pro, which is made to protect all of the connected devices within your network.

This Netgear router has four simultaneous streams providing more capacity so that more people and devices can stream at the same time. With the wired Ethernet ports, you will be able to plug in any gaming console, streaming players, and other devices using the four Gigabit ports.

This router is also safe and secure as it supports WPA2 wireless security protocols.