If you’re foreign to the cult classic DotA (Defense of the Ancients), a WarCraft minigame, you might still know about the popular MOBA, League of Legends.

A MOBA is a multiplayer online battle arena – a more niche term crafted to categorize action real-time strategy games (ARTS) like StarCraft/WarCraft, and especially to help differentiate DotA as it evolved and competitors emerged.

DotA developed by transitioning through the hands of various modders, ultimately granting popularity to one known as IceFrog. From 2006 – 2008 DotA became a community of over one million players. 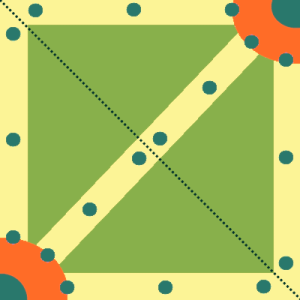 At this point, we should recognize the gameplay structure from 6 years ago:

This became the MOBA framework – a standard all players came to expect.

It’s important to recognize this framework because this is the root of most arguments and criticisms against DotA competitors.

I was a hardcore DotA player before League of Legends, Heroes of Newerth, and Demigod were conceived; however, this never turned me into a biased player. I jumped into LOL in 2011, and dabbled with HON and Demigod a bit as well.

During this time, online dispositions became arguably the most heated topic I’ve ever seen go on for more than a month. In fact, it still goes on to this day.

And what made matters worse; many DotA fans instigated what set off this massive cyber warfare. 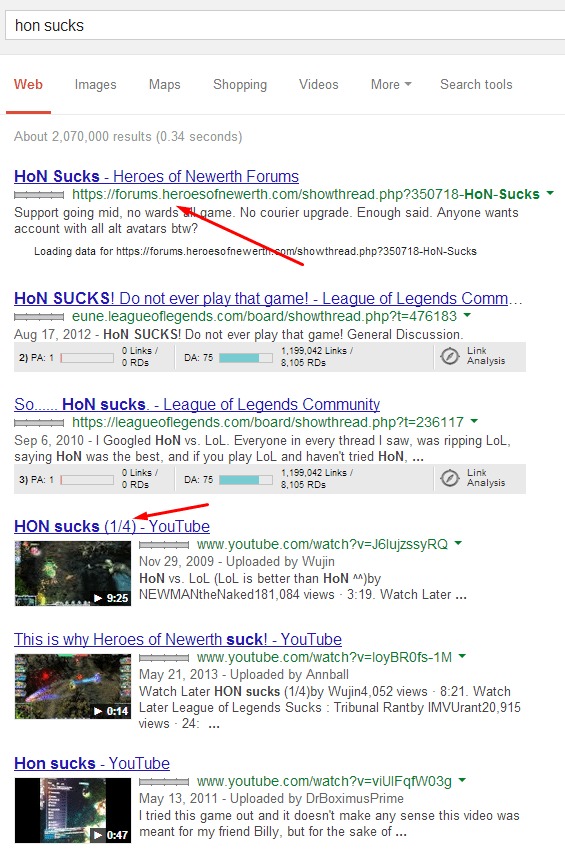 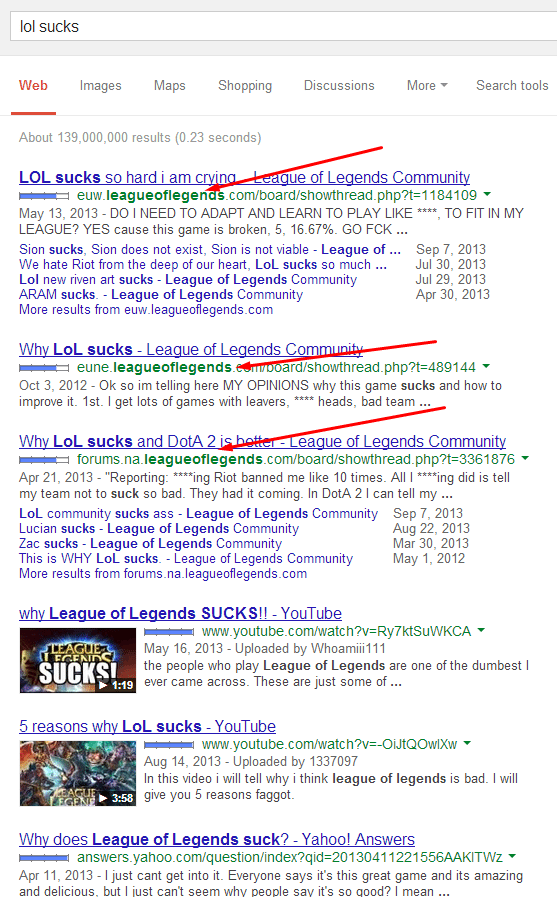 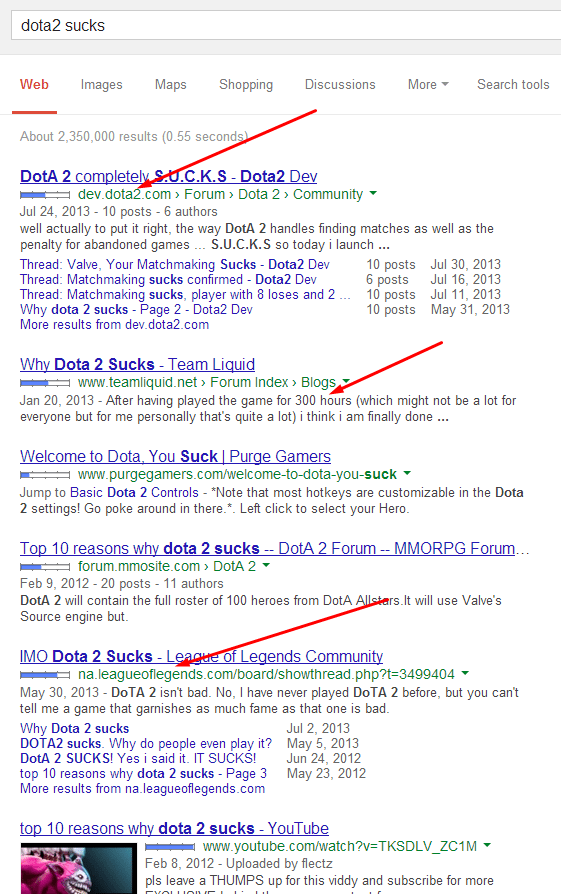 While I could go back into forum archives and dig up more examples, I don’t want to turn this post into a one-sided accusation.

I want to show why this massive cyber warfare is actually a good thing.

LOL has undeniably surpassed competitors on all fronts; but more importantly, Riot Games, Valve, Twitch.tv, and all of the sponsors have accelerated the development and acceptance of eSports. This is what we need to recognize.

Competition is inevitable and ultimately, the result should be a better product for consumers.

ESports is the “product” in this sense. Professional gamers can make enough to support themselves and top players make off very nicely. They get big sponsors and sustainable income by working on their “personas” through live-streaming on Twitch.

They are basically imitating the models of YouTube celebrities and media companies, but retain total control. Furthermore, they can record their live-streams and upload them to YouTube for additional ad revenue.

To put it simply; top and popular professional gamers are making off very well.

But let’s touch back on the original success of DotA, and how LOL turned into a colossal giant.

If you’re curious as to why I chose this snippet, it’s because of the stress on community values.

Many would agree DotA had one of the most substantial communities – at least before the cyber warfare. Bug fixes, guides, patches, beginner sites, advanced tactic discussions, and theorycraft fueled the development of DotA. Th

When LOL came out, it received a lot of flak, as I have mentioned, from many DotA fans. It was essentially massacred.

Yet, thousands of players were still interested. I became one of those players and noticed something remarkably familiar. The LOL community that was developing was literally taking all of the community values I appreciated in DotA, to the next level. Many have cited cases where media and technology litigation should essentially “remove” LOL, however absurd that may seem. This was simply the outcry of watching a successor come to power – in fact, the only major case was Blizzard and Valve over the trademark for the “DotA” name.

At any rate, these are the current live-stream views on Twitch for the most popular games. As you can see, there is a landslide difference between LOL and all other games.

This is one of the fundamental reasons LOL skyrocketed into a global wildfire of popularity.

Dota2 retained a cult following but from an over-arching view, they simply could not match LOL’s development speed. New players simply saw more promise in the LOL community.

The list goes on. Riot did an impeccable job demonstrating community values that reflected on and attracted new potential players. Many have pointed out the reasons for this advanced development is because Riot has a larger, dedicated staff. Riot has about 1,000 employees while Valve sits around 400. But I think the derivative of this comes back to the community.

From the LOL subreddit to popular resource sites (such as ProBuilds) and the official LOL forums, there is simply no other game that matches this level of fan commitment and engagement.

The more fans demonstrate these values and prove their existence both in numbers and sentiments, the more advertisers/sponsors and strategic partnerships will rise to continue accelerating eSports.

I know everyone has their own views on this subject, so I’d love to hear any of your thoughts – preferably on how competition is fueling the development of eSports (not just DotA/LOL is better because “x,y,z”).