When you buy a product, you don’t need it to exceed expectations but simply meet all your demands and make the purchase worthwhile. Dota fans didn’t trade their game for similar titles such as HON or LOL despite the better graphics and more responsive game engine, patiently waiting for a sequel. Now that it is here, they are making the most of the closed beta and you won’t hear anyone complain about the lack of novelty. Granted Dota 2 is a vastly improved version of the original title, it doesn’t stray too far from the concepts that made it so popular and upgrades are mostly visual and revolving around game mechanics. 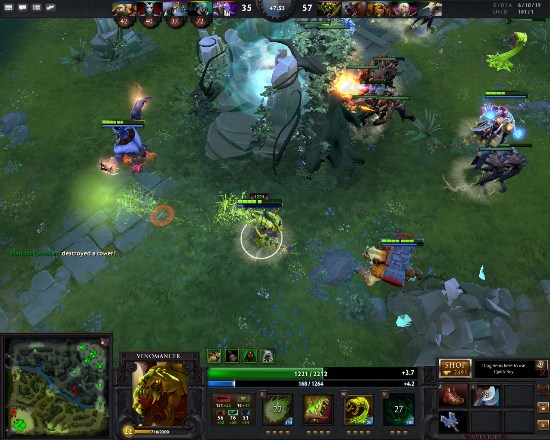 Just as dynamic, only better looking

There are still two team competing for supremacy and the opposing sides are now called the Radiant and the Dire, but the same creeps race blindly towards their doom. The constant flux of minions is only disrupted when one side manages to break into the enemy base and take down key structures. This will lead to the spawning of mega-creeps which are a more powerful version and will facilitate the pushing further into the base. The goal remains to destroy the central structure and in order to accomplish this, heroes need to level up, purchase better gear and overpower their opponents.

Dota 2 looks considerably better than the original, but while this will appeal to new players, some of the veterans will have slight problems in adjusting. The heroes’ resemblance to those in Dota is uncanny, but the creeps are bigger and especially during team fights it is possible to lose focus of your character. The skills remain unchanged mostly and this makes transition smoother, although there are still some balance issues that need to be addressed. Both the developers and community are very active and by the time Dota 2 will be out of beta, there is a good chance for most of these problems to be solved. 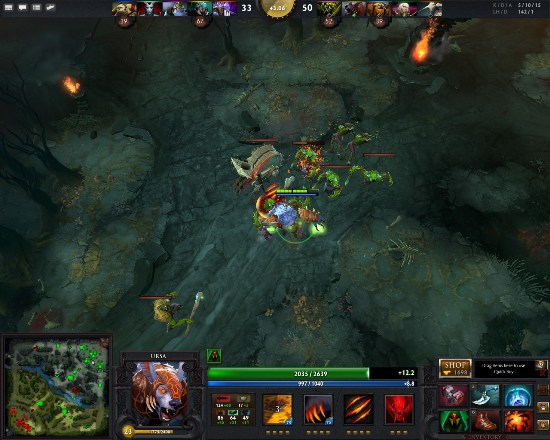 A little more than what we expected

Among the innovations worth mentioning, we should include the fact that you can now purchase items without being next to the shop. It is beneficial for those who die on the field of battle with just enough money to make a purchase, hence miss the opportunity. You still lose money when you die and denying enemies from killing creeps remains a key element while leveling up. This game mechanic remains debatable, with some criticizing the fact that the emphasis is placed on denying instead of harassing, yet it comes as no surprise that Valve decided to keep it.

On the plus side and beyond any criticism is the fact that you can watch games that are in progress and learn a lot from the very best. The Learn and Social areas are still under development, but they promise to add a new dimension to a game that is highly interactive and brings together an impressive community. It is not too early to say that Dota 2 has all the ingredients of a major success, as all the fans will return, joined by those who found the Warcraft 3 mode exciting, but limited.

As Dota 2 inches closer to the release date, I am confident that it is worthy of 4 starts out of 5. Watch this game trailer for a sneak preview, and try to weasel your way into the closed beta if you can: