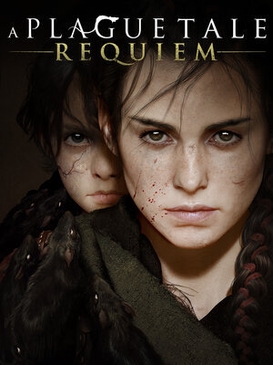 We, at Dragonblogger, are on a mission to find the best new game release across all platforms, and it’s our number one goal to ensure that you don’t miss out. That’s why we’re here today with A Plague Tale: Requiem – a game about two siblings searching for their mother in an apocalyptic setting. It may not have the same instant name recognition as Overwatch or Fortnite, but if you’re looking for something terrifyingly beautiful from the indie scene, this is it!

The Plague Tale: Requiem is a re-imagining of the original Plague Tale (Innocence), which was released in May 2019 by Asobo Studio. The game features a gorgeous setting that will make your heart beat faster and offers more strategic gameplay.

The Plague Tale: Requiem is a blood-curdlingly beautiful game that will keep you on the edge of your seat. Set in France during the Hundred Years’ War, this game follows the story of two siblings, Hugo and Amicia, who are trying to survive in a world ravaged by the Black Death. With stunning graphics and an immersive storyline, The Plague Tale: Requiem is a must-play for any fan of horror games.

The Plague Tale: Requiem is a blood-curdlingly beautiful game that tells the story of a young girl named Amicia and her brother Hugo, who are trying to survive in a world ravaged by the Black Death, along with illness and nightmares — a destruction set upon his world as a result of his curse. The game is set in France in 1349, and you must use your wits and stealth to avoid the deadly plague rats that infest the land. The game is absolutely gorgeous, with stunning visuals and an atmospheric soundtrack. The gameplay is tense and thrilling, and can’t wait to see what happens next.

The two siblings seem to have been thrown into another endless survival quest once more now that Hugo’s curse has re-emerged. The new storyline is set on a traumatic journey to the South of France where they believed they could find an Alchemist who is age enough in knowledge and master in his craft to profer a lasting remedy to Hugo’s illness.

The game is absolutely gorgeous, with stunning graphics and environments that are just begging to be explored. But it’s not all rainbows and butterflies- the game can be quite dark and gruesome at times, especially when you’re being chased by swarms of rats.

The characters are what really makes the Plague Tale Requiem shine, though. Amicia and Hugo are incredibly well-written and believable, and their relationship feels real and raw even from the previous series. You genuinely care about them and want them to survive, which makes for a much more emotionally invested experience. The supporting cast is also excellent, from the gruff but lovable soldier Lucas to the mysterious alchemist Nicolas.

If you’re looking for a game that will keep you on the edge of your seat, look no further than The Plague Tale: Requiem. Just be warned- it’s not for the faint of heart.

Asobo did a great job casting the storyline on love and sacrifice, more of this could be seen through the trials and discomfort Amicia passed through during the gameplay, yet upholding a very strong spirit and bond to the need to heal her brother.

The gameplay is intense and thrilling, and the graphics are absolutely stunning. You will be transported to 14th-century France, however, set on a new course to an Island foretold to be the key to the darkness that has reawakened as a result of Hugo’s curse. Players will have to help Amicia and her brother, Hugo, once again escape from the clutches of another ruthless inquisition. This time around, it is bloodier!

The Plague Tale: Requiem is an incredible game that is not to be missed. The gameplay is intense and exciting, and the graphics are simply breathtaking. If you are looking for a game that will keep you on the edge of your seat this October, then this is definitely the one for you.

Every strike is incredibly satisfying, whether it’s watching a rat get skewered on a pitchfork or beheaded by a sword. The game does a great job of making you feel powerful, even when you’re up against seemingly impossible odds.

There are two main ways to take down enemies in The Plague Tale: Requiem: through stealth or all-out assault. Both have their advantages and disadvantages, but the game does a great job of giving you the tools to make whatever choice you want. Even with much-improved mechanisms in this new sequel like the new resin missile and the new Amicia’s lethal bow.

If you want to go in guns blazing, there are plenty of options for that. You can light rats on fire with torches and then watch them run screaming into groups of their comrades, or you can use your sling to take out enemies from afar. Or, if you’re feeling particularly gruesome, you can use your knife to silently slit throats.

However, stealth is often the best way to take down enemies, especially when multiple rats are attacking at once. You can use environmental traps like oil lamps and water wheels to take out groups of rats, or you can pick them off one by one with your throwing knives. There’s also the option to simply avoid combat altogether if you’d prefer not to kill any rats (though they definitely deserve it).

The game is incredibly immersive, and the stealth mechanics are top-notch. You’ll have to be careful as you make your way through hordes of rats, as well as avoid detection from the deadly Inquisition.

If you’re looking for a heart-pounding adventure that will keep you hooked for hours on end, The Plague Tale: Requiem is definitely the game for you.

There are few things more satisfying than vanquishing a powerful adversary, and bosses in the new sequel of the Plague Tale: Requiem is no exception. These massive, nightmarish creatures will test your resolve and skill like nothing else in the game, but taking them down is immensely rewarding.

From the grotesquely mutated rats to the hulking black knights, each Boss encounter is unique and unforgettable. And with some of the most gorgeous graphics in any game this year, The Plague Tale: Requiem is simply blood-curdlingly beautiful.

The Plague Tale: Requiem is a gorgeous game that will send chills down your spine. With its blood-curdling gameplay and beautiful graphics, it’s sure to be a hit with horror fans. If you’re looking for a new game to keep you up at night, this is definitely one to check out.