The slim physique, the smooth as silk façade, the transparent neck, the frame of glass that peeps out just a teeny bit…What do you think this is? Some kind of a collector’s item? Well, it’s an LED TV I’m talking about – the latest ‘must have’ from the tech world. First of all, let me tell you what exactly an LED TV is. While conventional LCD TVs are backlit by Cold Cathode Fluorescent Lamps, an LED TV uses LEDs for the purpose of backlighting. So, an LED TV is simply an LCD TV with LED backlights. 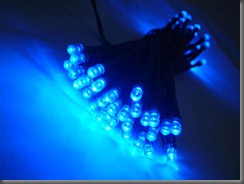 The LEDs that constitute the backlight system can either be arranged in rows behind the screen as in the case of full-array LED or local-dimming backlighting or just along the perimeter of the frame in the case of edge-based LED backlighting. This substitution brings forth a lot of major changes for the TV.

For one, it sheds a lot of weight. And the traditional LCD TV problem of poor black level response has become a thing of the past, thanks to LED TVs. This is because, in full-array LED backlight systems, the LEDs behind specific areas of the picture can be turned on and off as per the content. Thus, for a deep black sky, the local LEDs can be turned off completely, making it possible to render extremely deep black levels.

Not only black levels, LED TVs show improvements in the overall picture quality when compared to LCD TVs. The LEDs used for backlighting make it possible to achieve very high contrast ratios. But one of the most beneficial aspects of LED TVs is that they consume 40% lesser power when compared to traditional LCD TVs. LED TVs can handle motion with more ease than LCD TVs and can render better color tones. So on the whole, the LED backlight system gives the TV a complete facelift.

A peep into the world of 3D LED TVs: 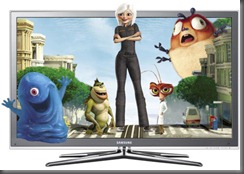 The tech word keeps surprising us now and then. When we thought LED TVs were the future of television, OLED TVs with their paper-thin displays stepped in to the waters. But before we knew it, Avatar hit the screens and the world went gaga over 3D TVs. Though not in the mainstream market as yet, experts believe that a few years from now, 3D technology will takeover most households. So, what’s all the big deal about 3D TVs?

A 3D TV is a slice of the latest technology. As of now, 3D TVs necessitate the use of glasses to experience 3D. Let’s take Samsung’s commercially available 3D LED TVs for instance. The TVs are drop-dead gorgeous and come jam-packed with a good lot of features for that ultimate entertainment experience. But to use the TV’s 3D functionality, one has to don the glasses provided. Autostereoscopic displays that can facilitate 3D viewing without the glasses are in the making. So until they arrive, we are going to have to stick to the glasses if we wish to experience 3D.

Though watching TV with a pair of dorky glasses might not sound like a good idea to many, the very fact that the viewer can actually watch pictures that ‘pop’ out of the screen is good enough to establish this technology. If not now, it’s bound to happen in the future. Afterall, 3D has something magical about it – James Cameron proved this, right?

This was a guest post by Akila Kannadasan.  Akila is a blogger with a penchant for anything new in the tech world. She is also in to creative writing and loves to write on exotic places around the world. She currently reviews and blogs on LCD Televisions and Mobile Phones.