Introverion Software’s 2D construction and management simulation game, Prison Architect was initially made public on September 25, 2012 as an Alpha version. The game was then crowdfunded with pre-orders, making over US$ 270,000 in two weeks. The game has rightfully earned this because after finally jumping on the band wagon, I too have been enjoying the great game. Of course, since the game is in its alpha stage, there are tons of bugs and glitches here and there, but you get to have a lot of fun. 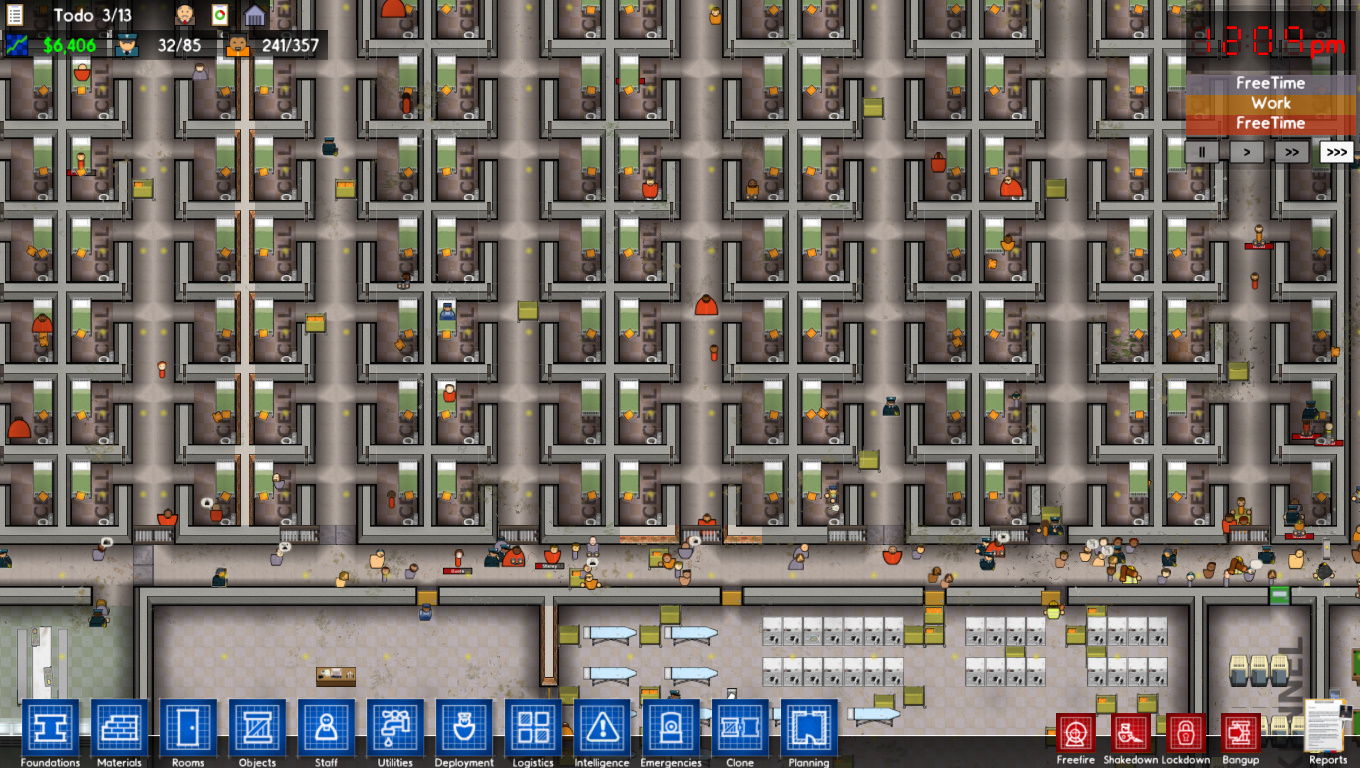 Below is a short summary of the features the game provides.

The game is a top down 2D construction game where the player is in charge of running a prison facility. You’ll have to construct the walls, paths, plumbing and even the electrical wires. Most of the game can be played using only the mouse, but it is much easier to move around using the trusty WASD keys. The game has a fairly simple UI, and once you get to know the basics (as taught in the tutorial) you can pretty much start your own prison from scratch. 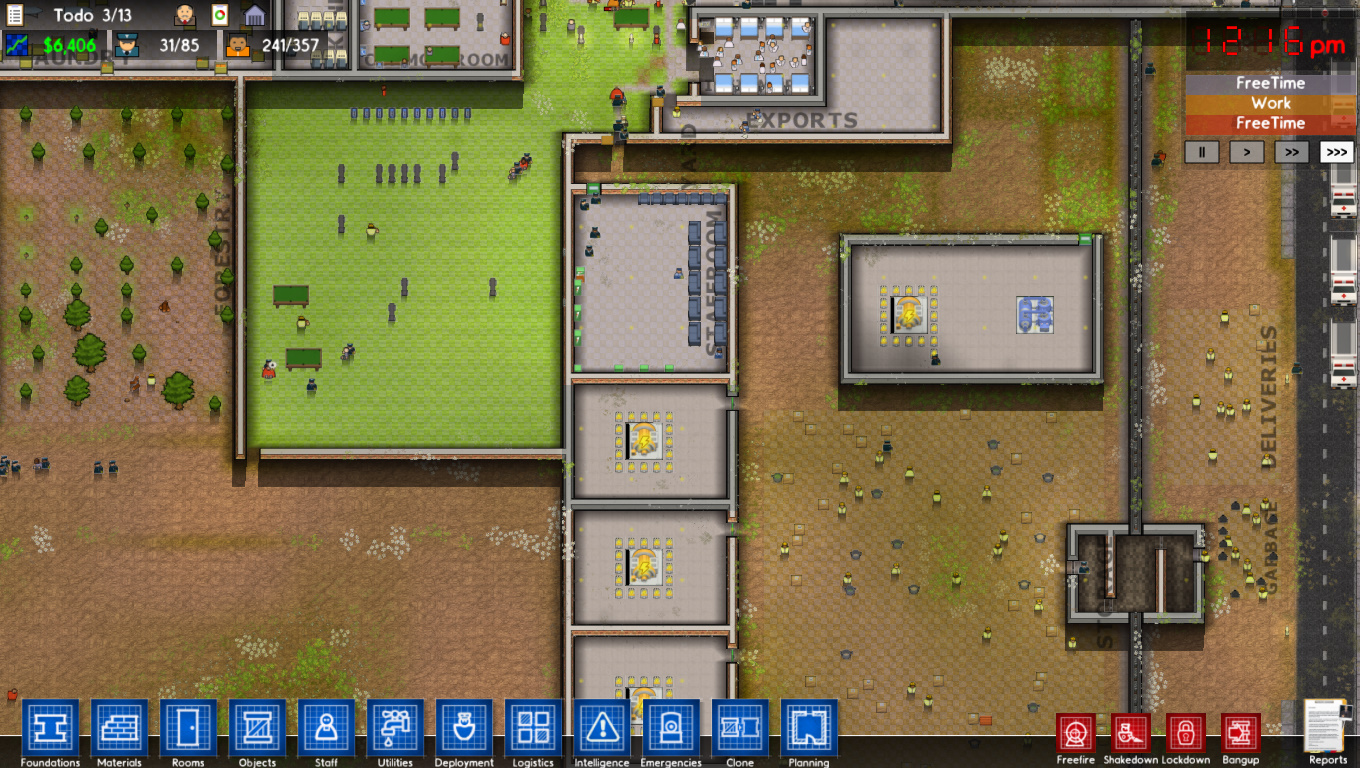 The game is fairly light weight can probably run on old and weak machines just as well as on newer high end machines. Once you zoom in on a particular area of your prison you’ll hear sounds specific to that location, running water in the showers for instance. 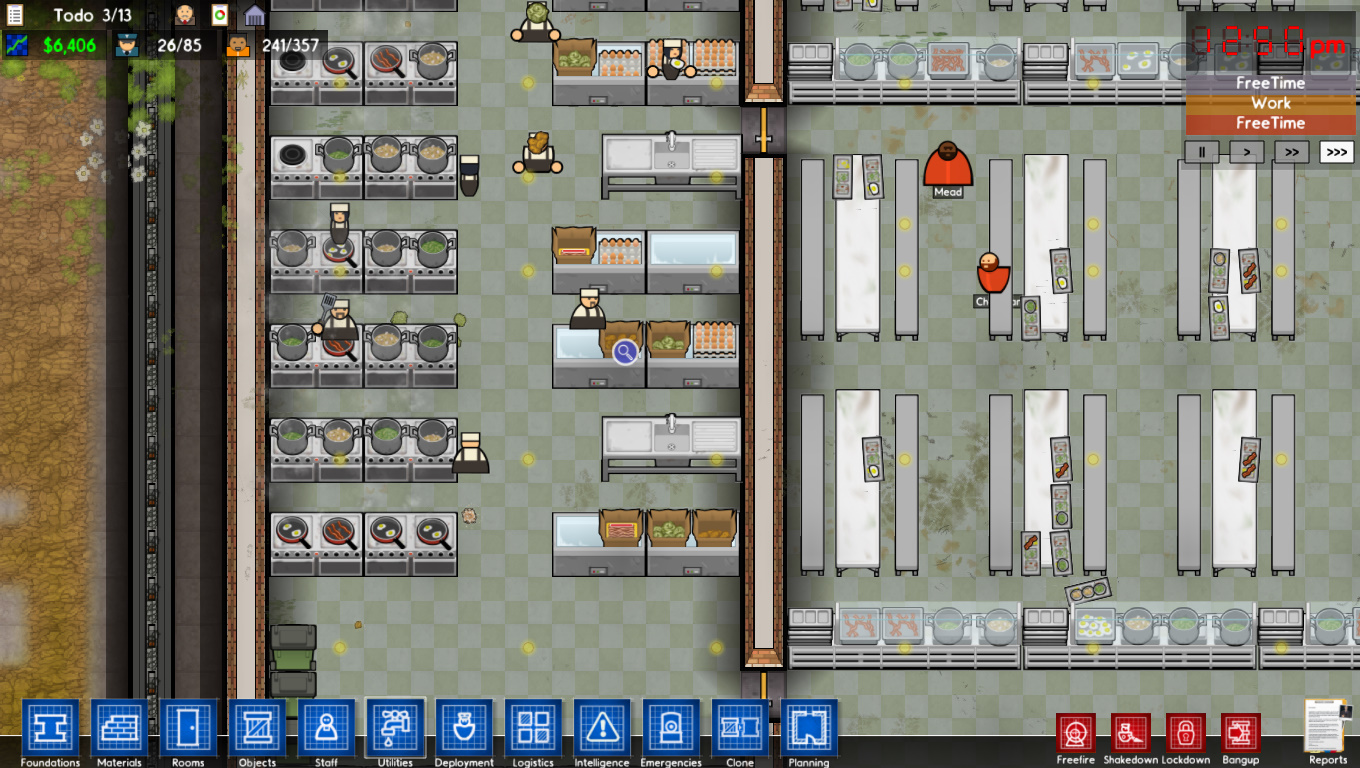 The fact that you have a ton of awesome rooms and types of areas to build and add to your prison really makes the game much more exciting. You also have complete control over where you want to build what. The same thing goes for the size and quality of your prison. You get to basically control nearly every small detail which makes you prisoners either pleased or enraged. 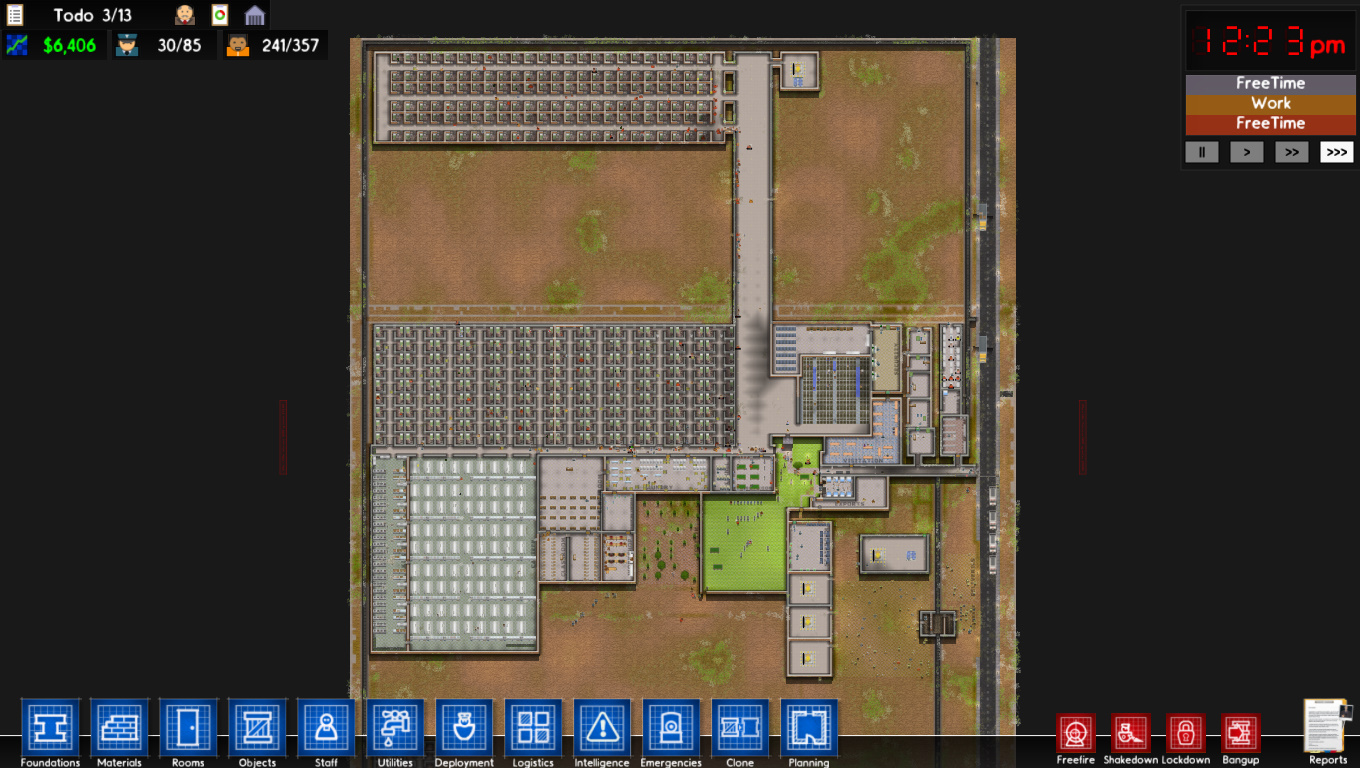 This is where, in my opinion, the game is just… normal. There’s basically nothing either good or bad about the way the prisoners, the guards and the other staff members interact with each other. However, the game is quite good in making new ways for the prisoners to ditch the guards and escape. I’m saying this from experience, that if you leave even one small loop hole in your security, you’re gonna have prisoners escaping. 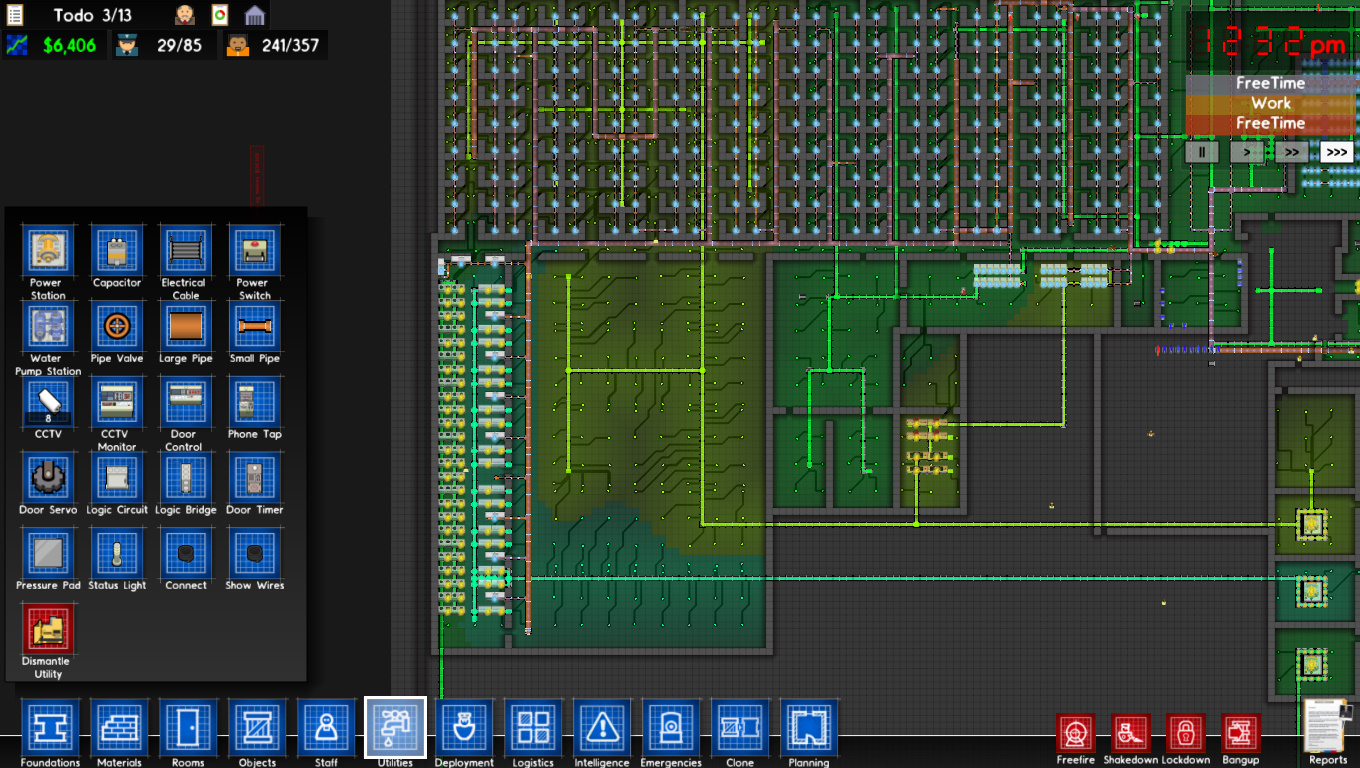 This part of the article is quite pointless since the game is basically supposed to have glitches in the Alpha stage. The biggest problem I faced was the disappearing of the objects and staff members, at specific zoom. Along with messed up shadows.

The game doesn’t have Multiplayer. However, I personally would love it. Imagine different plots, with different prisons. You’d be able to share prisons by transferring them, and could help your fellows if they get stuck in an emergency, like a riot. And best of all, everyone would be able to see your glorious prison!