I know many of you did what I did, and went out on black Friday and bought the PS4 Black Friday bundle. Now this bundle included the 500GB PS4 with GTAV, and the Last of Us. 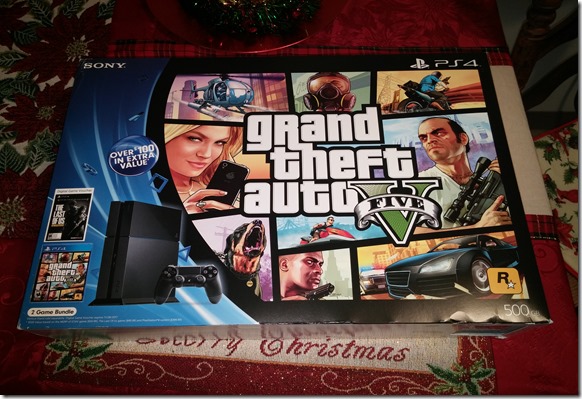 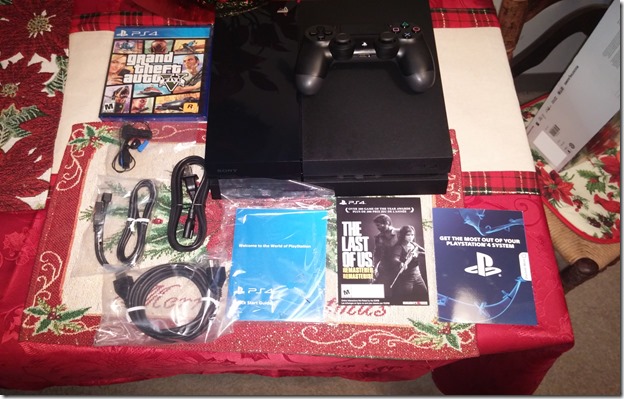 Now if your like me, I bought six other games at the same time then realized my hard drive won’t suffice. Sony did good when making the PS4 but left out the 1TB hard drive or larger which most will need with this system as games are HUGE (50+GB per game in some cases)

So I went out and bought Seagate 1TB Solid State Hybrid Drive SATA 6Gbps 64MB Cache 2.5-Inch  off of Amazon to swap it out. Now I did not remember to take a pictures of the hard drive but when you watch the video  you will see both drives .

Now this hard drive swap is so easy a 12 year old could do it. ( I don’t suggest  a 12 year old do this without asking your mom or dad for permission as thing can break or go wrong. So make sure to ask your mom and dad  before you try this.)

To start of you will need a new hard drive,screw driver,USB, flash drive.

Now if you watch this video it walks you threw the most of the swap!

If you got that far you will need to go to a PC and go to Sony  PlayStation web site and download the driver software. At this link here  http://us.playstation.com/support/systemupdates/ps4/new-install/#installationSteps

Once software is downloaded and saved on USB like Sony  Playstation  web site tells you to.  Make sure the PS4 is turned completely off. When the power indicator is off, the system is completely off. This will take 7 seconds to shut of and beep correctly.

Connect the USB storage device that the update file is saved on to your PS4  system, and then touch the power button for at least 7 seconds. The PS4  system starts in safe mode! Select .
Follow the screens to complete the update

Now you have a swapped hard drive and your ready to boot up and play some of those killer games that you got for Christmas.

Now enjoy and  have a great  new years playing all those lovely games that you got or are about to get.

I rate the ease of work in this job a 1 anyone can do it as long as they follow the steps. ( LIKE I SAID BEFORE KIDS ASK YOUR PARENTS FIRST BEFORE DOING THIS)